Is Alen Safaryan looking for a wife again? 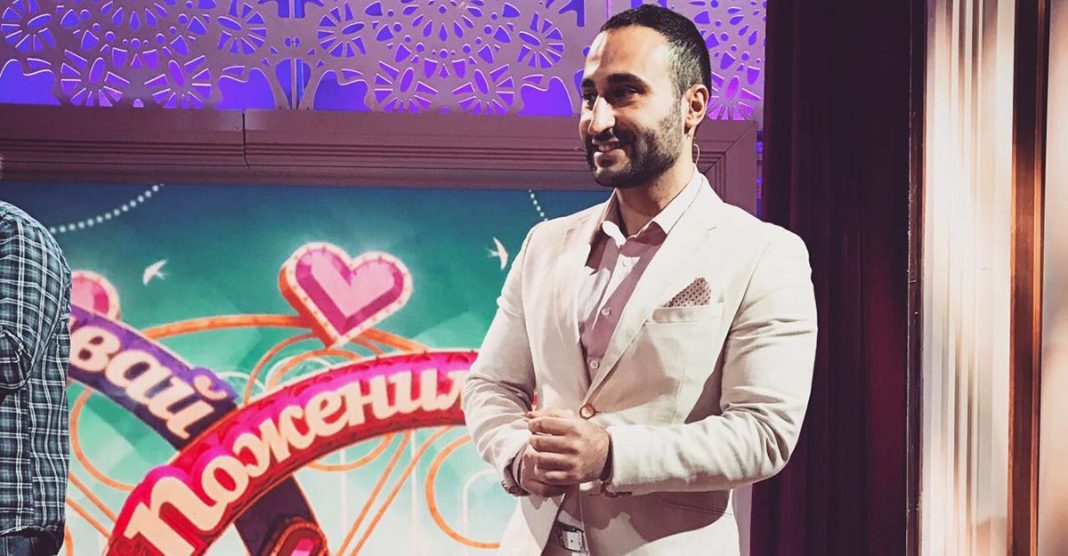 Viewers of Channel One remember Alen Safaryan’s bright performance in “Let's Get Married” program in 2014.

Recently, he again took part in the filming of this program. What led the young and talented artist to the project three years later? ..

For the first time, Alain came to “Let's get married” as a groom and conquered everyone with his talent and sincerity. And Larisa Guzeeva even jokingly said to him: “Marry me!”.

“I really like Guzeev! She is real, smart and sincere. We even made friends after the transfer, and I am very glad to meet her. As for the bride to whom I came, she is a nice girl, deserves happiness, of course. But after she chose another participant, this did not upset me, because a “proposal” from Larisa had already sounded! ”, The artist jokes.

Alen recalls these shootings with joy, says that the process was very positive and easy. Although not without minor difficulties. For example, a chandelier suddenly fell in full swing, and 1,5 had to wait an hour for the site to be put in order again.

This year, Safaryan returned to the project, but as a friend of the heroine of the program.

The new role - to help with advice and participate in the selection, he liked not less.

“It was very interesting to look at all this from the other side and to meet again with the program leaders who left such fond memories after themselves last time. The format of the studio changed, but their charm and witty remarks remained unchanged. I think if they invite me, I’ll return there for the third time! ”, The singer says with a smile.

To see the new issue of the TV show “Let's Get Married” with the participation of Alain Safaryan, we can already on April 10.

Alain Safaryan: “A person can be happy everywhere”

“Chka Qez Nman” is the name of the new clip of Alain Safaryan, in which he sings love and family happiness. The name of the track translates as "There is no such thing as ...
Learn more
Artists Promo Pages