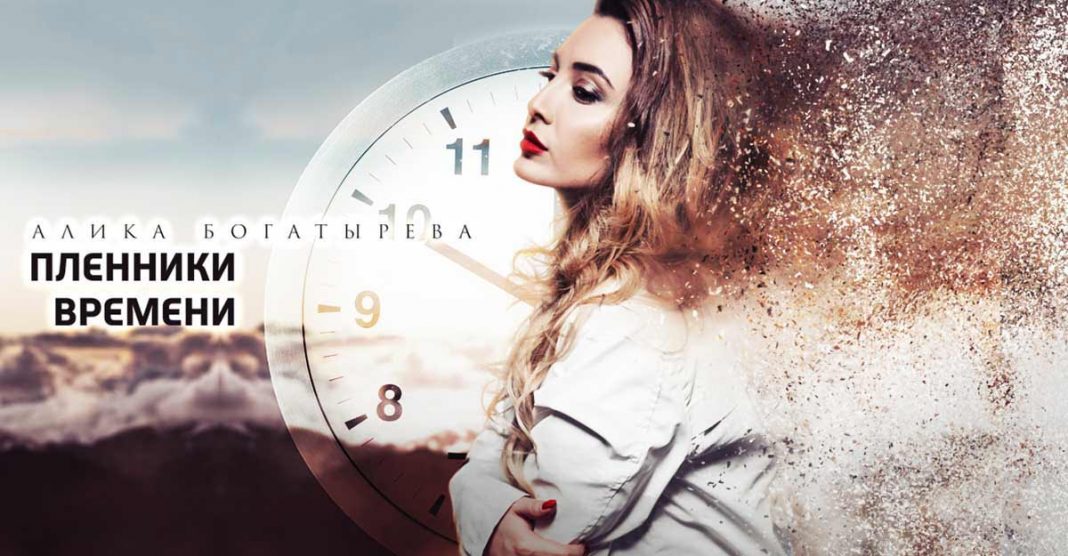 Multifaceted performing talent Aliki Bogatyreva @alika_bogatyreva today shone a new facet - the singer presented a composition in the style of chanson - “Prisoners of Time”, about the transience of life and the labyrinths of fate.

“I really love to listen to chanson and I can do it all the time,” comments Alika, “at home, in the car, in karaoke, I love to sing the songs of Rada Rai, Elena Vaenga, Irina Krug, Timur Mutsuraev and many others. Indiscriminately for women's and men's parties. And once with a songwriter Arthur Kencheshaov and I thought, should I write something in the same style? Many said that it wouldn’t work for me, that the genre wasn’t mine, nothing good could come of it, but we decided not to listen to anyone and made the first track. So with today's release I’ve become one step closer to the chanson.
Prisoners of Time is a song with a deep meaning. I hope that it will make listeners think and draw useful conclusions for themselves. The author himself will better tell about the main message of the composition. ”

“The theme of the single touches on the eternal question that has long worried mankind: how to subjugate time? In search of an answer to it, people often, instead of using time to good use, have time to do more good deeds, are engaged in trying to circumvent this law of time. Of course, they do not succeed.
The song tells the story of a young man who seeks advice from an old man. The same one, recognizing himself young in him, is trying to reason with him, explaining that it is better to live today, trying to have more time. But the guy, of course, does not listen to him, even chuckles somewhere, but in the end he leaves and spends his life searching, repeating the fate of the old man. Together with the gray-haired song’s hero comes wisdom, and then he returns to the hill where he once communicated with the old man. Unfortunately, understanding comes to people, most often, too late. And so from generation to generation.
I myself often think about these issues, because in this bustle and eternal pursuit of some profit, in working days we just forget to think about time. Looking back, we understand that a week, a month, a year, a year flew by ... And the main message of the song is precisely that we need to value time and try to spend it with maximum benefit for ourselves and for those around us. ”

Over a high mountain a bright dawn lights up
And a sad old man on a hill catches a ghostly light
And the guy came to the sage, and wants to ask
How to conquer fate and how to subjugate yourself

But the old man answered that he could not find an answer
Treasure every day! And let empty dreams go
And the guy left, saying something sharply to the sage
He calmly looked, smiling after the insolent

Restless guy walked around the world
From the oblivion of time, he sought for years an elixir
But the roads of people were still swallowed by the darkness
Remained their memory, deeds, words and deeds

A bright sunset lights up over a high mountain
Time goes fast and you can’t turn it back
The guy understood this, now he has become an old man
He sadly froze over the river and the same hill

The famous Caucasian singer Arthur Khalatov devotes his new song to the beauty of Ossetia, its unique nature, people and spirit. The author of the music is Arthur Besaev, poet Arthur Kencheshov.
Learn more
News

Alika Bogatyreva: "I wish those who have already found their love not to waste time, create a family!" The singer shared her impressions of the wedding, which took place on January 30 in Cherkessk.
Learn more
Premieres

Today, Azamat Pheskhov @azamat_pkheshkhov presented his version of the famous composition called "Redhead". “Spring is coming, the time for sad autumn and winter tracks is leaving. I decided to record such a fun ...
Learn more
Premieres Kavkaz Music

Ruslan Malaev @ruslan___malaev presented today a composition dedicated to the Circassian national costume. A song called Cherkesska was written for him by the poet Arthur Kencheshaev and composer Anzor Haup. "Many years,...
Learn more