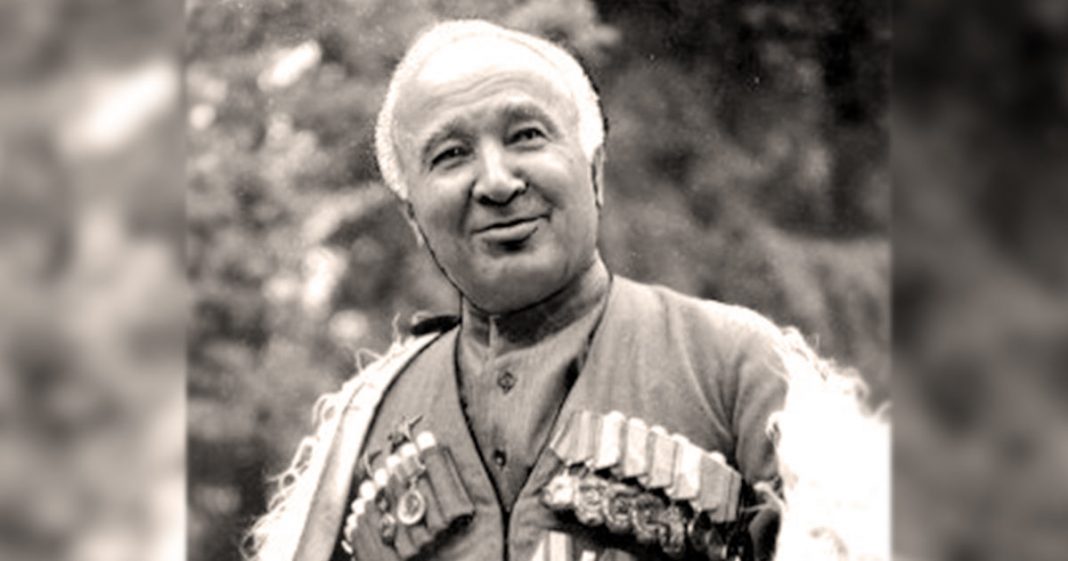 The small village of Shalushka of the Chegem region of Kabardino-Balkaria is known for the fact that Alim Keshokov was born here, a folk poet and prose writer, order bearer, laureate of various state awards, author of a new direction of prose - a multifaceted novel. While still studying at the Baksan boarding school, young Alim talked with its director, Ali Shogentsukov, a famous poet, the future classic of Kabardian Soviet literature. It was this communication that determined the future literary fate of the poet.

Soon the first poetic tests of Keshokov appeared, published on the pages of the Kabardino-Balkarian almanac “New Force” and the collection “The First Step”. This was followed by a series of rapidly developing events: studies at the philological department of the second North Caucasian Pedagogical Institute in Vladikavkaz (graduated from 1935), postgraduate studies of the institute of non-Russian schools in Moscow (1936), marriage to Lopukhova Nadezhda Fedorovna, the beginning of service in the Red Army (1938) , joining the Union of Soviet Writers (1940), appointed Director of the Research Institute of Local History in Nalchik (1940). The result of the work of Alim Keshokov at the Institute of Local History was the publication of the collection “Nart legends” in 1940, in the Kabardian language, under his editorship and with his preface.
From the first days of the Great Patriotic War, the poet took part in guarding the coast from the German assault in the town of Khost, then was a platoon commander in the 115 of the Kabardino-Balkarian cavalry division, Colonel A.F. Skorohod near Rostov.

Alim Keshokov wrote about these events only thirty years later in the novel “Broken Horseshoe”. And then there was Stalingrad, for participation in the battles under this city was awarded the medal "For the Defense of Stalingrad."

Wounded, hospital, participation in the liberation of Donbass, Zaporozhye, Melitopol. Then there were his military lyric poems "Hearth", "Bowler", "Friend", "Soldier's Mother", "Storm in the Mountains" and the poem "Father". The poet wrote under the unusual pseudonym Alim Bomba-Bey Shtyk-Ogly Sharapn-El Saadi, these were essays, parodies, humorous and satirical poems. The poet's creative energy grew. And now - the long-awaited victory that Alim Keshokov met in Lithuania.

Immediately after the victory, the appointment was made by the people's commissar of education of Kabardino-Balkaria, and then the minister of education of the KBA, in 1948 – 1950 - as secretary of the Kabardian regional committee of the CPSU (B).

Since 1971, Alim Keshokov has been the Secretary of the Board of the USSR Writers' Union. He is a member of the Presidium of the Soviet Committee for Solidarity of Asian and African Countries, the Soviet Committee for Relations with Writers in Asia and Africa, works in the leadership of a number of international and all-Union associations of writers, represents the literature of the peoples of the USSR and Russia at many international forums of cultural figures. And only in 1986 Alim Keshokov retired.

As a writer, Keshokov, Alim Pshemakhovich, was awarded the title Hero of Socialist Labor with the award of the Order of Lenin and the Hammer and Sickle gold medal.