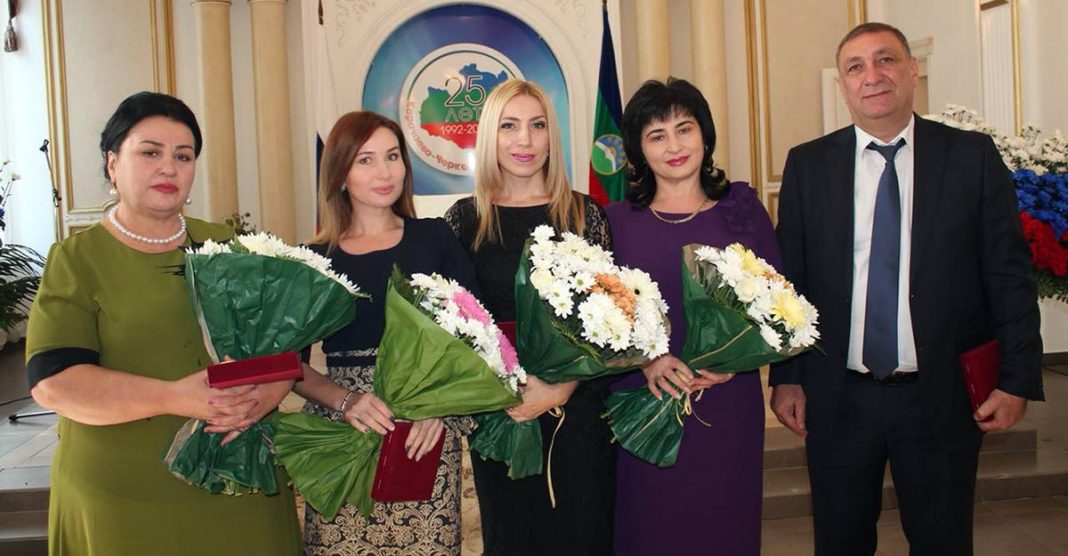 On the eve of the festive event dedicated to the 25 anniversary of the founding of the Republic of Karachay-Cherkessia, the Head of the KCR Rashid Temrezov presented state awards and thanks to people who made a significant contribution to the development of the republic.

Among the 40 people whose work was noted, there was a star of the music publishing house “Zvuk-M” - a singer Amirina, which was awarded the title of Honored Artist of the KCR.

“At the time of the presentation, I felt the excitement and joy that my work was so highly praised. I believe that such a status obliges the artist to carry out his creative activity even more seriously and consciously. Moreover, when your work is noticed and marked, it gives an incentive to move on - to contribute to the development of culture and the preservation of its heritage. ”

Inspired by another creative victory, Amirina is now actively preparing for the author's concert. with the participation of Caucasian pop stars performing her songs, and also plans together with the company "Sound-M" to soon begin filming a new clip.

Amirina "Lights Go Out" - premiere of the composition

"The lights go out in a sea of ​​love, sorrow is drowning ... And I will tell you quietly, - do not see off ...". Amirina, on the day of the premiere, turned to her fans with the words: “May all our listeners' lights of love never go out and burn with bright light!”
Learn more
Premieres

Spring this year began with a wave of music tours of Caucasian artists in the regions of Karachay-Cherkessia. The concert entitled “Golden hits of the Caucasus” united famous performers on ...
Learn more