Arkady Airapetov: "The clip" Seeds "is a unique work" 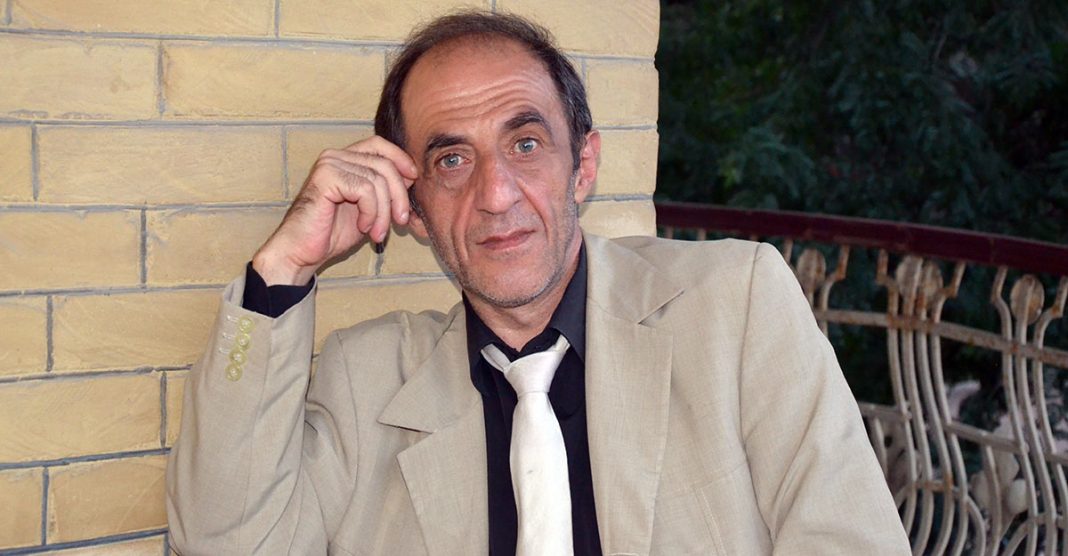 Actor Arkady Airapetov about filming in the video "Seeds" and his impressions of working with the publishing house "Zvuk-M".

In a cozy cafe "Tet-a-Tet" on the second floor of the art gallery "Vernissage" in Pyatigorsk, our correspondent talked with the theater and film actor Arkady Airapetov, who played in the video clip "Seeds", which is expected to premiere in October this year, a kind scientist-inventor ... The scientist is really kind, but a little crazy, because only such one could come up with the idea to invent a seed thrower and make the work easier for those who choose seeds from a sunflower.

It was this kind genius in his office that you could see in teaser clip "Seeds" on the channel of the music publishing house "Zvuk-M" on YouTube... It is immediately clear that the hero of Arcadia solves a difficult problem, he is businesslike, thoughtful, collected, although his appearance (like his desktop) looks somewhat scattered - as befits a creative person.

Arkady Airapetov: “I had to surpass my ancestor, who invented sunflower oil. And my character decided to feed the whole world, to invent a seed thrower. Or maybe invent some kind of special oil. But with the seeds he did not succeed ... "

Let's reveal the secret, the scientist's creation exploded right in the frame in the last seconds of the video clip "Seeds". That is why in previous articles about the clip You could see photos of Angelica Nacheva and Sultan Hurricane with smoky faces.

Arkady Airapetov: “Yes, the explosion occurred on the set, in the frame. Just a shocking sight. In general, I am very impressed by the choice of locations. Ethnographic Museum Ataman, a life-size Kuban Cossack village. A real open-air museum. We do not have this in the Stavropol Territory, although it could be. After all, the culture of the Terek Cossacks does not differ much from the culture of the Kuban Cossacks. And all the participants in the filming got great pleasure from the process and from the places where we worked. ”

For the filming of the video "Seeds" the management of the publishing house "Zvuk-M" attracted serious material and human resources. The show-ballet from Rostov, Caucasian pop stars Angelika Nachesova and Sultan-Uragan, many residents of the village participated in crowd scenes.

- The Sultan was the leading actor and director in one person, - says Arkady. - When the Sultan had to leave for several hours, Artur Khasanov perfectly replaced him. The clip maker is great! He sees the frame, sees the perspective. I liked it very much! And in general, as an actor, I highly appreciate the work of all the participants, the illuminators generally worked brilliantly. We were lucky with the weather, lucky with the directors, lucky with the camera crew.

- I really liked from the scenery my portrait with a beard like that of Ivan Petrovich Pavlov, - continues Arkady. - It was a portrait of my real ancestor in the image of Bokarev (editor's note: Daniil Bokarev is the author of the discovery of sunflower as an oilseed crop. In 1829 it was he who invented a method of obtaining oil from sunflower. Four years later, in 1833, in Alekseevka (now the city of Alekseevka in the Belgorod region ) with the assistance of Bokarev, the merchant Papushin built the first oil mill in Russia. And in 1834 Bokarev opened his own oil mill, literally in less than a year began exporting oil abroad. By 1860, there were more than one and a half hundred oil factories in Alekseevka. 40 thousand barrels, the contents of which weighed about 900 thousand poods). So, in a certain way, the video "Seeds" pays tribute to the memory and the real inventor.

Arkady Airapetov: “Somewhere in the late spring of this year, Sultan called me and invited me to shoot the video“ Seeds ”

Arkady Airapetov: “Somewhere in the late spring of this year, Sultan called me and invited me to shoot the video for“ Seeds ”. It was very interesting for me, because then I just finished shooting in the video of the singer Nata (in this video I played my dad) and I really liked participation in the shooting of the video as such - in a few seconds you can convey the whole gamut of acting feeling. This is different from filming movies or performing on stage.

In general, we met the Sultan in 2016 on the set of his own film "Jacket". After the triumph of Sultan's first film, Barefoot Across the Sky, he decided to make a comedy. Our theater was invited to the casting, and of all the actors of the troupe, only I passed. I gladly went to the Sultan, as I was in real euphoria after the filming of the series “Our Happy Tomorrow” by Igor Kopylov from Leningrad. I played there Yakov Borisovich - a business man, a shop assistant who made body shirts for the Olympics-80.

And now a year and a half after the filming of the film, Sultan called me and invited me to star in the video for "Seeds" on the Taman Peninsula. I have never been there, it was very interesting: here is the Black Sea, here is the Azov and Kerch nearby. There I met Mikhail Yugov, and I can tell you - this is a man who loves artists. A rare producer today is ready to do everything for an artist. Yugov is one of those. I am very pleased with both the participation in the filming and the acquaintance with such wonderful people. In my lifetime, I have seen many producers and directors, I have worked a lot both on stage and in cinema. And here is the clip "Seeds" in this sense, a unique work both by design, and by command, and at the place of filming. Although each project is wonderful in its own way, the actor retains positive memories of each work, because every time he gives all the best to the end, regardless of whether this role is secondary or the main one or even episodic. I remember with great warmth my participation, for example, in such films as “The Return of the Battleship,” “From Flame and Light,” and others.

“The Return of the Battleship” is a Russian-Belarusian feature film of 1996, directed by Gennady Poloka at the Central Film Studio of Children and Youth Films named after M. Gorky based on the story of the same name by Alexei Kapler in the year of the 100th anniversary of cinema. Arkady Airapetov played the role of Zhorik in it.

But “Seeds”, of course, - smiles Arkady, - is the most sparkling and funny video of all those in which I participated in my entire 30-year acting career. Therefore, on behalf of the entire cast of the Pyatigorsk Chamber Drama Theater "Close-up", where I am currently serving, I wish the video clip "Seeds" good luck and success in the box office, unconditional recognition of the audience.

Let us remind our readers that the video clip "Seeds" will be released in October 2017. Read all about filming this video at our special heading.