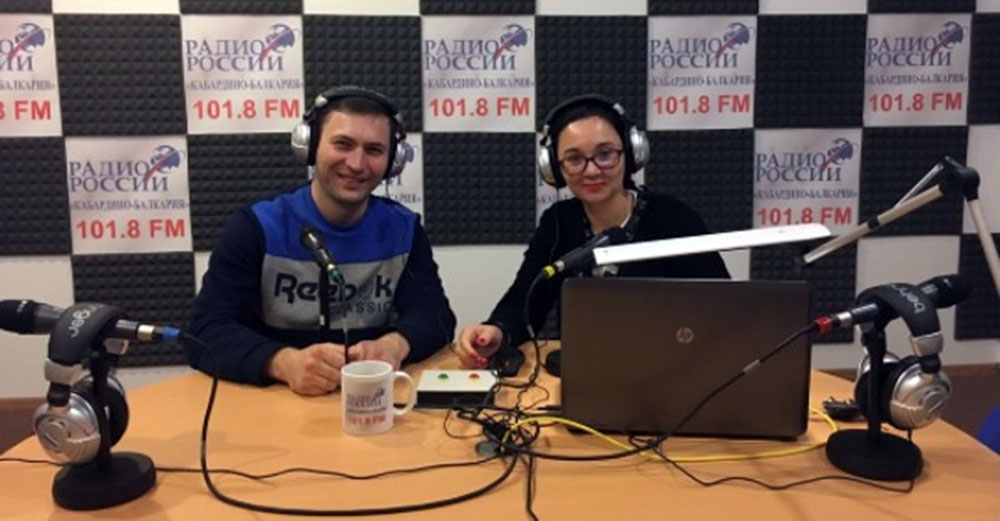 A few days ago the star of the music publishing house “Zvuk-M” Azamat Bekov He became the hero of the radio show "Hot Midday" on "Radio Russia of the KBR."

In a live broadcast, in an interview with the presenter Svetlana Nagoyeva, the artist told the audience about his participation in festivals and concerts organized by the Circassian Diaspora, which were held abroad.

“In April, I was at the Adyghe New Year Festival in Amman and Jordan, and in May I took part in the annual Circassian Culture Festival, which was held in Germany - in the cities of Cologne, Dusseldorf and Leverkusen. Later, in September, I went to the city of Chorum, which is located very close to the Turkish capital Ankara, and held a concert there with the participation of various Circassian creative groups, ”said Azamat.

In addition, the singer said that he is currently working on recording several songs in Kabardian, Adyghe and Russian, as well as preparing a new concert program, which fans will be able to see next spring.

“Dance, my sun” - this is the translation from Kabardian called the composition presented today by Azamat Bekov @aza_bek and Renata Beslaneyeva. The song "Kafe, si jigye" was written by the author ...
Learn more
Premieres Kavkaz Music

A new song in the Kabardian language appeared in the repertoire of Azamat Bekov. A composition entitled “Si Daha” was written by the author of the words Hassan Shardanov and music - Arsen Zhilyaev. “Adygea ...
Learn more
Premieres

Azamat Bekov's new song “Stay or go” has been released!

A beautiful lyric song called “Stay or go” was presented today by Azamat Bekov @aza_bek. The song, which tells about unconditional love, tested over the years, was written by the author Victoria Babaeva. "It...
Learn more