David Divad: “I will do everything to make it easier for my son to start his way on stage than to me!” 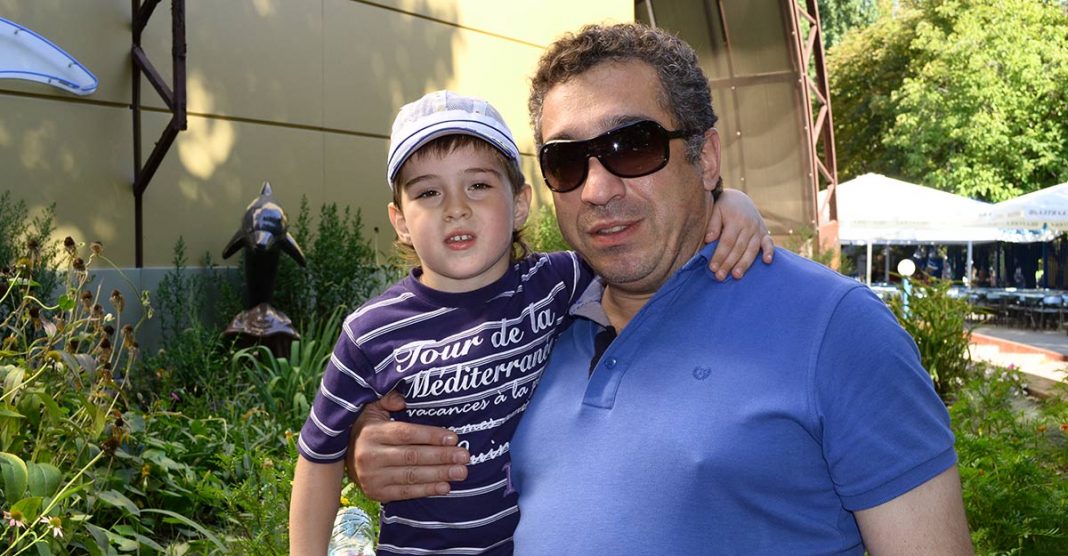 Famous singer, showman and songwriter David Divad said that in his family a new artist is growing up. His ten-year-old son, Ivan, is not yet engaged in music, but already now he is striking his father with singing talent, which he inherited from the boy. Singing to the tracks of his favorite performer Dima Bilan, Vanechka dreams about the stage, and David, seeing this, is happy that his son will follow in his footsteps.

“I know that he will sing,” the artist says, “because those who once entered the stage cannot refuse it! This disease is incurable. And I want him to go to the stage. He’s already singing super, and I’ll do everything to make it easier for my son to start his career on stage than for me. It was very difficult for me at one time. But I worked hard, made my way, and now I have great connections, a sea of ​​friends. I helped many young people find themselves on stage. And I’ll definitely help Ivan in this. ”

David is very serious about raising a boy, trying to take his free time with useful lessons. For example, already in the 2,5 of the year, Vanya began to study English, which he now speaks fluently, and recently began to master Italian. In addition, he is engaged in swimming and is an excellent student at school.

“He is very smart. He says such things that every time I see how competent, conscientious, purposeful he is. We are constantly talking with him. He and my wife call us by name. Ivan and I are great friends, ”says David.

Of course, Vanya has a long way ahead on the stage, but already now his father is preparing him for how to become a good artist, instills a taste in music and trains his voice.

“Sing and feast, mountainous, joyful people! In these parts even stars sing. Happy and proud is the one who breathes, loving, always with him relatives and friends. ” David Divad introduced a new song in Russian called “Bright Wings” - an energetic lezginka from which the soul sings and the body asks to dance!
Learn more
Premieres

A bright novelty appeared on the Russian stage - David Divad presented a song entitled “I'm flying to Yerevan.” “I don’t want to go to Paris and Nice. Neither the overseas capitals nor the rest of the cabins are called. And let someone tease the warm ocean, I will arrange a holiday for myself: I’m going to Yerevan! "
Learn more
Premieres

Meet the novelty - a romantic composition from the author and performer David Divad @david_divad_official - “Native and sweet”, which sings about faith in love and ...
Learn more
News

On November 9, David Divad, a popular author and performer @david_divad_official, celebrates his next birthday, which will traditionally meet with his family, friends, colleagues and fans of his ...
Learn more