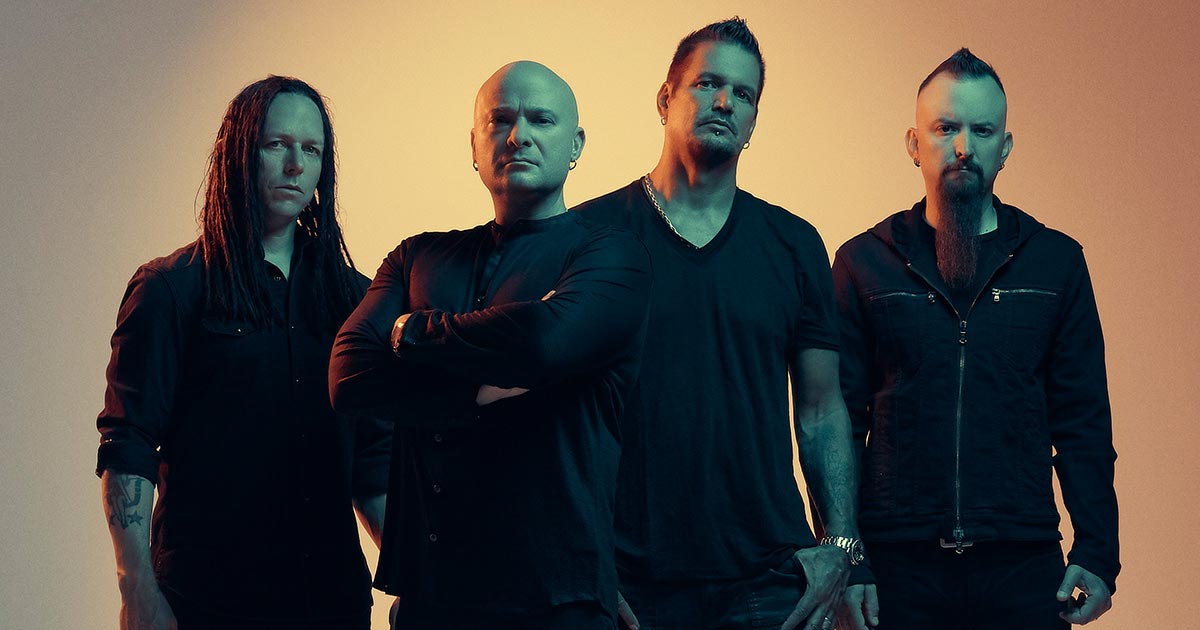 Disturbed ("Disturbed") is an American metal band formed in Chicago, Illinois. Since the formation of the group, according to various estimates, more than 50 million copies of albums have been sold worldwide, seven studio albums and one live album have been released, which makes Disturbed one of the most successful rock bands in recent years.

On October 19, 2018, the band presented their new album "Evolution"

The fans of the group learned about Disturbed's intention to release a new compilation back in August 2018, when the team showed a video for the song "Are You Ready", announced as the lead track of the future album. It was initially assumed that the album will include no more than ten compositions, but in the end there were as many as fourteen of them, which only made the fans of heavy rock happy.

The "Evolution" album, like the previous Disturbed discs, turned out to be diverse - both in the genre content of individual compositions, and in energy, and in the semantic content of the tracks. For the team, this is a common situation, not without reason in interview with ultimate-guitar.com magazine Disturbed frontman David Draiman stated at one time that, quote: “Our music was never part of any genre, although we definitely benefited from the popularity of what was called nu metal at the time ... We never had stereotypical signs that other groups had. We do not read the text, we do not use phonograms. We play, in my opinion, classic metal. Black Sabbath, Iron Maiden, Judas Priest, Metallica, Pantera are bands that stimulated our desire to play. " End of quote.

The stated trends are confirmed by the track "A Reason To Fight", a video for which Disturbed was presented on September 21 - a month before the official release of the new album.

Whatever demon is described in this song, each of us has our own individual. Disturbed is convincingly encouraged to fight him in the track "A Reason To Fight":

When the demon inside you is ready to begin.
And it seems that this is a battle in which you will never win.
When you suffer from fire and ask for your sin.
When nothing is left inside, there is still a reason to fight.