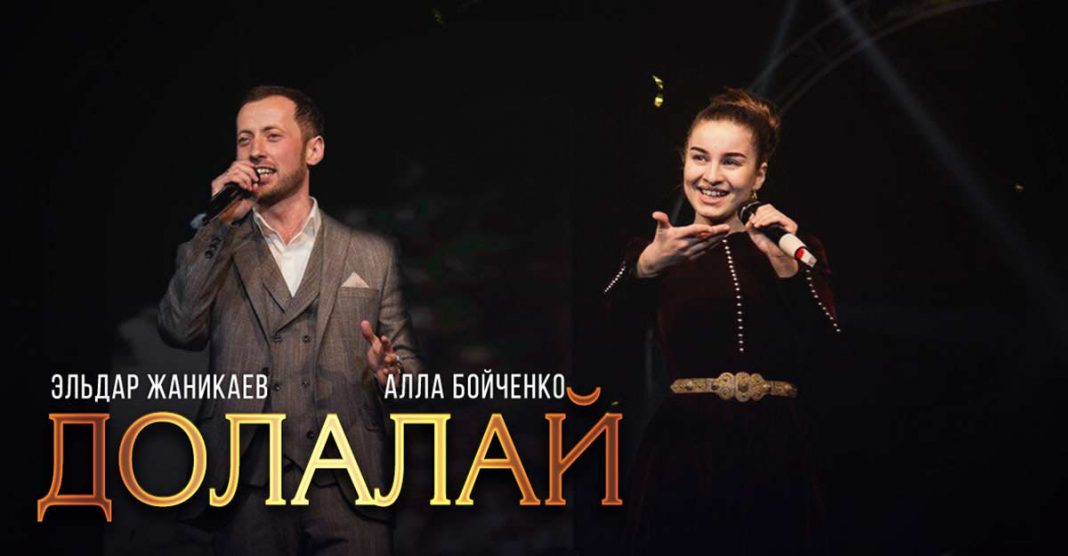 The popular song to the verses of Rasul Gamzatov, the music of Polad Bulbul oglu - “Dolalai”, performed in the Soviet era by Muslim Magamaev, has sunk into the soul of the audience so much that many artists still sing and perform it at concerts.

“Ever since we became friends with Eldar, we had a plan to record a joint song,” Alla says, “and then one day on the way from Nalchik to Karachay-Cherkessia, when we were going to some event, after long trials and searches suitable track, it occurred to us precisely this composition. We chose her based on the fact that, firstly, we want to do something lezgino-dance. Because our creativity does not abound with such music. Secondly, it was supposed to be something classic, but presented in a new way. The way Dolalai sounds today is Eldar’s idea. He is not only a talented singer, but also a composer. I completely trust him, and therefore the remake is based on his ideas and inspiration.
For me, this song itself embodies the rich heritage of Soviet culture and, of course, I am very pleased and it is an honor for me to touch the material of Gamzatov and Bulbul oglu, to bring more North Caucasian music there. I hope that the audience will like our version. ”

The singer also said that this duet is only the beginning of their joint creative activity with Eldar, and soon the audience will hear their new duet composition.

The new song "Renaissance" is a composition dedicated to the return of the Karachay-Balkarian people to their native lands. Each word and note of this composition is filled with happiness, pride, a bright future, ...
Learn more
Premieres Kavkaz Music

Today, a video of Eldar Zhanikayev @eldar_zhanikaev was released on the YouTube channel of the music publishing house “Zvuk-M” for the song “Amanat”, which tells about the brotherhood of the Karachay and Balkar people, ...
Learn more
Announcements

Soon the video for the song “Amanat” by the popular Caucasian singer Eldar Zhanikayev @eldar_zhanikaev will be released. Today, the singer presented a teaser video where shots appear before the audience ...
Learn more