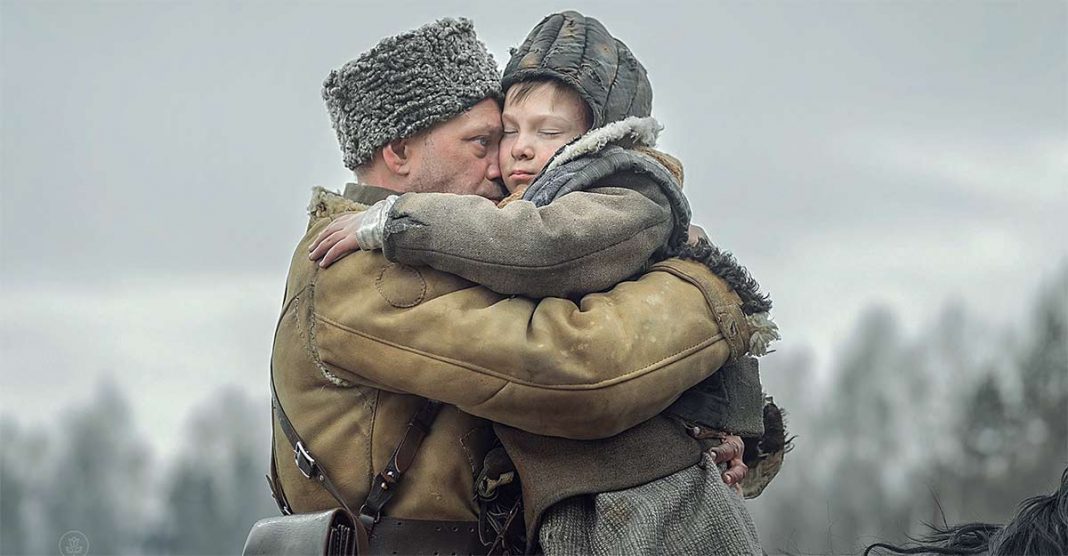 Filming about the heroes of the North Caucasus will continue

In the fall of 2018, it is planned to continue filming the following expected films: the historical film "Amanat" and the military drama "Height 220". According to the producer, the head of the Moscow Caucasian club - Shamil Jafarov, at the moment all winter scenes from these two films have been successfully shot.

Shamil Jafarov said that the winter shooting of the 220 Height film was held in Belarus at the field site of the Belarusfilm studio, where a whole village was literally built from scratch by joint efforts. This was facilitated by the overall great work on the installation of scenery for the film. The set was technically well equipped, and a huge number of people from the crowd were involved in the work on it.

Shamil also clarified that the filming of the shooting of the winter scenes for the film “Amanat” took place in our northern capital - in St. Petersburg. In addition, part of such filming was postponed and filmed also in Dagestan. Now the entire film crew and the actors are preparing and waiting for the next stage of filming, which will take place this fall. The producer admitted that the deadlines for these films may change, but, nevertheless, the total date of completion of both surveys remains unchanged - this is the next 2019 year. He expressed his desire to create paintings related to inter-ethnic themes - the general historical memory of the peoples of our country, using various sections of the interaction of the peoples of Russia - both historical and modern. According to him, it will be possible to create such films in both the comedy and melodrama genres, all the more so since we haven't done much of this.

What are these two films about?

The film “Height 220”, for example, will introduce its viewer to the hero of the Great Patriotic War - Khanpasha Nuradilov, and the film “Amanat” will show us the story of the son of Imam Shamil Jamaluddin. Filming and planned distribution of these films to wide distribution are supported by the Ministry of Culture of the Russian Federation.

Briefly about the heroes of films

Hanpasha Nuradilov - machine gunner, commander of a machine gun platoon, Hero of the Soviet Union. During the most bloody and brutal war in the history of mankind - the Great Patriotic War, he managed to destroy more than 920 German invaders, 7 machine-gun crews, as well as capture 12 fascists. He was born in 1920 in Dagestan, in the village of Yaryksu-Aukh in a peasant family. Nuradilov died tragically on September 12, 1942 at the famous height 220 on the left bank of the Don River, on the outskirts of Stalingrad, during a fierce struggle .... He was seriously injured from the explosion of a fascist tank shell ... But even so, the hero continued to fight, adequately defending his territory and his compatriots, destroying a large number of Nazi soldiers and their machine guns.

The eldest son of Imam Shamil Jamaluddin in 1839, during the Caucasian War, during the battle of Akhulgo (a mountain in the mountain range of Dagestan), he was extradited by his own father to Russia as an amanat (that is, a hostage). From early childhood, from 9 years old, Jamaluddin lived and was brought up in Russia. And over time he was called up for military service.

His father, Imam Shamil at that time continued to fight with the Russian troops, and during the Crimean War he raided the Russian possessions located in Georgia.

Then the Imam army captured notable hostages, who in 1855 were able to be exchanged for captured compatriots, including Jamaluddin.

Prepared according to TASS. Photos in the top of the article: Tatyana Timakova