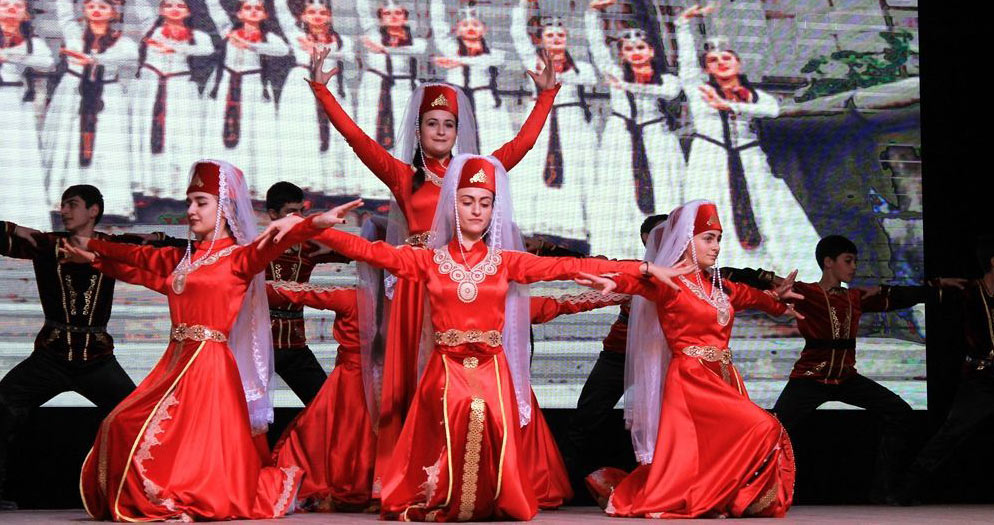 Stavropol got acquainted with the culture of the Armenian people

The treasury of the culture of the Armenian people opened to the residents and guests of Stavropol. National music, songs, dances and ethnic traditional clothes - all this was presented at the Festival of Armenian Culture.

A bright celebration of music and dance brought together talented artists from different regions of the region: Izobilny, Mineralnye Vody, Georgievsk, Pyatigorsk, Kislovodsk and Stavropol. Audience applause was greeted by the NAIRI ensemble of the Armenian folk dance, the NOR DAR choreographic ensemble, the Kilikia ensemble, the Arevik vocal group, the Urartu group of drummers and artists.

Those who came to the event were pleased to see not only a bright musical concert, but also defiles of national costumes, with their beautiful ornaments and decorations.

The variety of the Festival program allowed guests to immerse themselves for a few hours into the fascinating world of the ethnic art of the Armenian people, to admire and enjoy its fruits.

Well, and to those who could not attend this event, we are now offering to listen to some wonderful compositions of the Armenian performers of the “Zvuk-M” music publishing house.