Home News Music news Corporate identity “Papa Roach”. Premiere of the video “None of The Above” 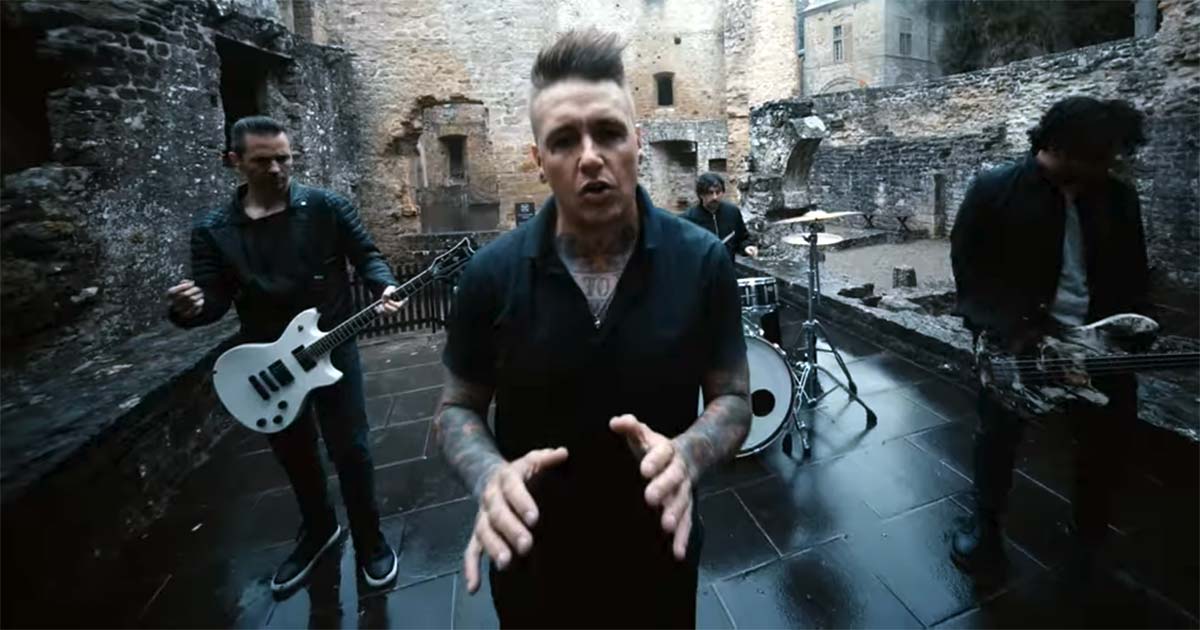 The band “Papa Roach” appeared on the horizon of musical Olympus in an era when grunge inexorably lost its positions, and soon, with the death of the leader of Nirvana, in 1994, it completely ceased to exist.

The alternative scene was inexorably reborn and the young teams appeared like mushrooms after the rain, sounding equally similar. The ugly grunge skating rink that took place on the rock scene in those years did not spare many, portending a new wave in music - nu metal.

“Limp Bizkit”, led by their long-time leader Fred Darst, were popular and recorded soundtracks for Hollywood blockbusters, along with “Metallica”, and the band “Linkin Park” has not yet recorded their most successful 21st century debut rock album “Hybrid” Theory. ” It was at this time that the Papa Roach group came to the attention of a wide audience with the release of their album “Infest” in 2000, with the hit video “Last resort”:

Gripping guitar riffs, powerful rhythm section. reinforced by the machine-gun recitative of the vocalist, all this became the corporate identity of the American team, a native of a small town in California, which received its name in honor of the great-grandfather of their frontman. For a long time and hard they went to one of the major labels “Warner Music Group” to notice their music one day and offer the band a recording contract. Since this all started…

But it was a story almost 20 years ago. Since then, the team has released 32 singles, 9 EPs, one live and 8 studio albums. Today we’ll talk about the last number plate “Crooked Teeth” and videos shot on songs from it. She came out almost a year ago - in May 2017, having received, in general, positive feedback from critics.

Premiere of the video “None of The Above”

In total, 3 videos “Help” (straightforward alternative rock), “Periscope feat.Skylar Gray” (mainstream radio-oriented pop song) and, which was released the other day, “None of The Above” (non-sleek and rough rock track filmed in the dilapidated locations of Beaufort Castle in Luxembourg with the participation of the dance group “Dance Xperience”). The video was directed by Bryson Roach, known for past projects of “Papa Roach”, such as “American Dream”, “TRAUMATIC”, as well as successful work with “All Time Low”, “Nothing But Thieves”, “Saint Asonia” and others.

The location itself is a cult tourist destination: about 100 thousand tourists from all over the world visit Beaufort every year. The ancient castle primarily attracts attention with its prison and a very eloquent torture chamber, where, as usual, all sorts of tools and devices are in abundance.

The album “Crooked Teeth” included 13 songs of very different orientations and contents. The online edition of Loudwire praised the mix of old and new band sounds:

“Obviously, Papa Roach doesn't go too far beyond what made them so attractive both at the beginning of their careers and in recent years. For almost a quarter century, they have been in the game and continue to remain relevant when many of their peers have been forgotten. What is most attractive in the group - apart from their more than amazing longevity, is that it constantly tries to find a balance between the old and the new. ”