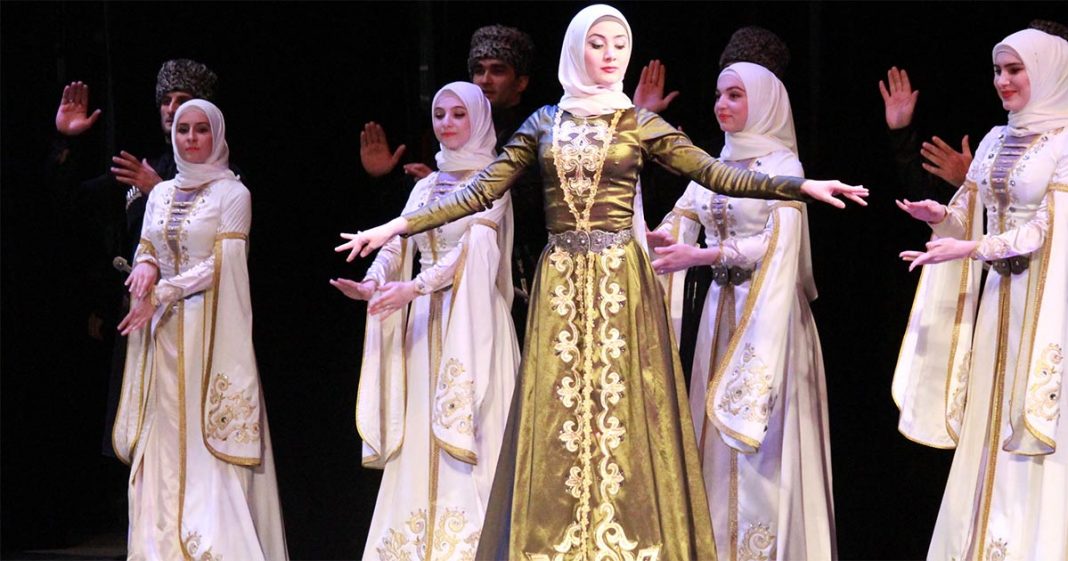 When meeting the Chechen mythology and Chechen pagan cults, their connection with the culture of Asia and Europe is clearly traced. This is explained by the fact that since the third century AD, the Caucasus has been the intersection of the routes of communication of many Eastern and European civilizations. Thus, in the language, cults and mythology of the Chechen Republic, in its everyday traditions, up to the present day, the features of the culture of the peoples of Asia, the Mediterranean and Europe are preserved. The same applies to the Chechen theater, music and dance culture of Chechnya. Due to the constant military actions on the territory of the Chechen Republic over many centuries, a significant part of the cultural heritage of the people was irretrievably lost. But the traditions turned out to be alive thanks to the Chechen people, who retained their cultural and ethnic identity.

The number of genres of modern Chechen folklore is impressive: it is the traditional Nart heroic epic and associated mythology, various fairy tales, legends, tales and legends, religious, children’s and ritual folklore, plays, songs and poems of the so-called tyullik and Zhukhurgov. Chechen mythology is not so rich, but it is interesting with relics of pastoral and agricultural cults and totemic beliefs, and the myth “How the sun, moon and stars happened” is just a fundamental work of cosmogony and a significant historical monument of folk culture.

The heroic epic of Chechnya is in many ways similar to that of the Balkars, Ossetians, Circassians and Karachais - both in form and in content. Basically, it has three epic groups: legends about giants (cyclops, giants with two eyes and giants - the founders of clans), works about national heroes and traditions - legends not associated with the Nart epic, but having a heroic-epic typology. Here is a translation of an excerpt from a legend typical of the second epic group of works:

So only on the battle lined up both nations with the leaders,
Troy sons rush, with chatter, with a cry, like birds:
Creek is such a crane is distributed under the high sky
If, having avoided both winter storms and endless rains,
Screaming herds fly through the rapid flow of the Ocean,
Swearing threatening and killing men undersized, pygmies,
With terrible rage on whom from air heights attack.

Chechen fairy tales are very similar to works of a similar genre of other peoples of the North Caucasus and Europe. The plot is a fairy tale magic, domestic, tales of animals, where good always triumphs over evil, and the main character usually comes out the winner from various difficult situations.

The song folklore of the Chechens is especially diverse and rich. There are ritual, lyrical, and labor songs of the people, and the songs "illi" (heroic-epic) have always been and remain a particularly revered song form. "Illy" reflected all the best that is in a person: true friendship, courage, courage, respect for women, moral purity and modesty. Several typical directions can be observed in the content of these songs: this is patriotism based on the conflict of the protagonist with the invaders, campaigns and raids, social - against the rich and songs about love and friendship.