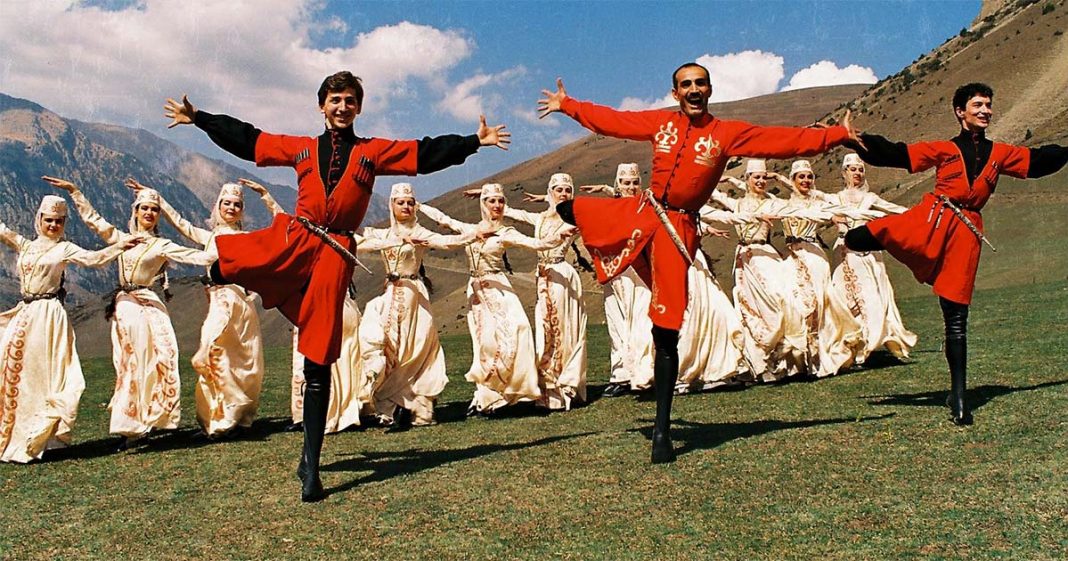 One of the three popular cultural sources of the Nart epic is the ancient folklore of North Ossetia (Alania).

The Nart epic, which unites the culture of the Caucasus, characterizes the presence of many identical names of heroes, scenes, composition and other elements of national cultures, explained by the close proximity of these peoples for many centuries. This similarity is most pronounced in Ossetian and Adyghe folklore. There is a difference, but it is not large-scale. The Ossetian Nart epic has a more harmonious single composition, as well as a number of very interesting cycles (for example, the cycle of Syrdon, which is absent in other national versions). In addition, the Ossetian source of the Nart epic more clearly reflects the activities, life and culture of the Ossetian ancestors — the Scythians and Alans, as well as the Caucasian ethnic element.

Musical folklore of Ossetians is represented by songs, epic legends, instrumental tunes - and this is traditional for Caucasian folklore. The most popular songs among Ossetians are songs about heroes who died in the struggle for their homeland and Nart legends. Most of these songs are characterized by the solo-choral tradition of performance. Nart legends and ballad songs "kadag" were performed by the narrator in a solo version to the accompaniment of the string-plucked instrument duuadastanon or the bowed kisyn-fandir. Ossetian musical folklore owes the Nart epic the appearance of new popular folk songs about the heroes of the Great Patriotic War (for example, about the five Kalagov brothers from the village of Khadgaron), songs about a noble corn grower, Hero of Socialist Labor Khariton Albegov and a number of others. The songs were composed according to the old tradition by musicians, some of whom chose the words, others - the melody to the accompaniment of a folk musical instrument. At the end of the creative process, the song was submitted to a public court, it was performed in a village club and broadcast on the radio.

Today, the folklore musical traditions of the Ossetian people are continued by soloists and groups glorifying Ossetian musical culture, such as Veronika Dzhioeva, George Abaev, Bulat Gazdanov, Kim Suanov and many others.
Dances and games occupied no less important place in the traditional life of the Ossetians than music. Popular they are today. The specifics of the Ossetian dancers are varied: from slow plastic movements to swiftly fast ones, performed in accentuated and contrast figure. Today in North Ossetia there is a huge number of dance groups, the soloists of which continue the traditions of their ancestors. 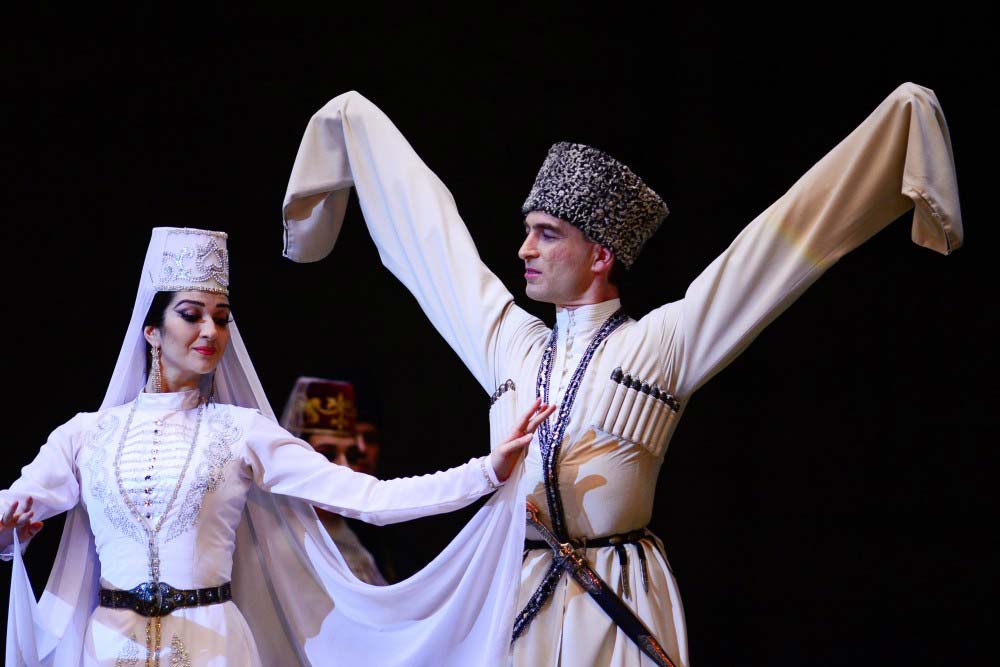 Of the oral folk art of the Ossetians, the most famous are fairy tales, the diversity of which can be conditionally divided into everyday, satirical, fantastic, historical and fairy tales about animals. “Fairy tales make up the wealth of both sexes and all ages. They are numerous, diverse and artistic, they have always served as one of the most enjoyable pastimes ”(K. Khetagurov). The plot filling of Ossetian tales is characterized by educational meaning, when good triumphs over evil, the weak defeat the strong, the human struggle with giants, monstrous beasts and natural disasters is celebrated.
Ossetian tales, which reflect the real life of the people, serve as an important ethnographic source of valuable material for describing the life of a people at different stages of its development.

The genuine and large-scale development of cultural and educational institutions of the region became possible only in Soviet times. Now the club, the library, the cinema have become commonplace in the most remote mountain villages of Ossetia. Ossetian folk tradition continues to live today. Unfortunately, some of these traditions are already in the past, but it is much more important that the Ossetian club, local stars and folklore festivals around the world prove that Ossetian culture remains the spiritual component of Ossetians outside of times and external shocks.