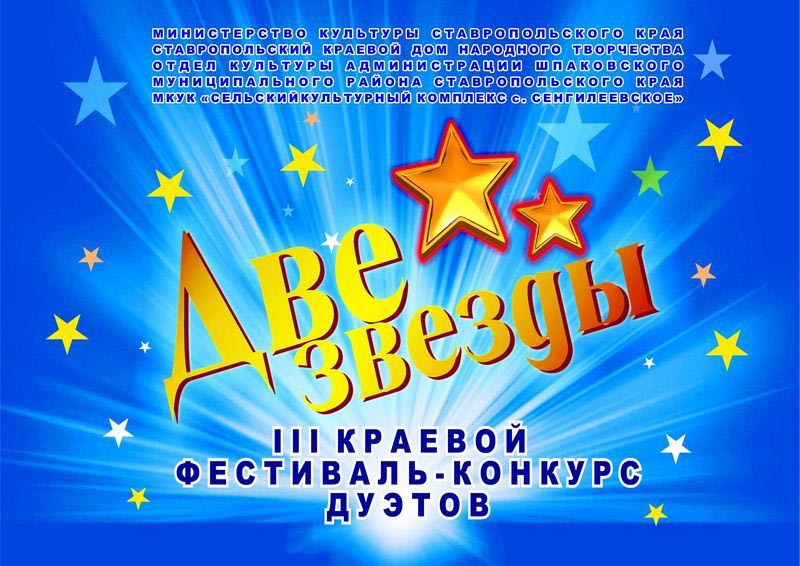 October 13 2018 of the year in 11.00 in the ICC “Social and cultural complex of the village of Sengileyevskoye” of the Shpakovsky district on the same stage, in the framework of the duet competition will meet artists of various genres. They will compete for the title of the best at the III Regional festival-competition duets "Two Stars"!

This celebration of talents, in which 90 duets will take part, was specially created so that creatively gifted people could develop and demonstrate their abilities, as well as compete for the title of the best in vocal, choreographic, theatrical and instrumental genres.

Participants of the festival-contest will gather from 11 districts of the region, the cities of Mineralnye Vody, Mikhailovsk, Nevinnomyssk, Stavropol, as well as guests from the town of Labinsk, Krasnodar Territory and the city of Ust-Dzheguta of the Karachay-Cherkess Republic.

We wish good luck to all the participants of the duet competition and invite you to listen to the loudest duet songs performed by the stars of the music publishing house “Zvuk-M”.