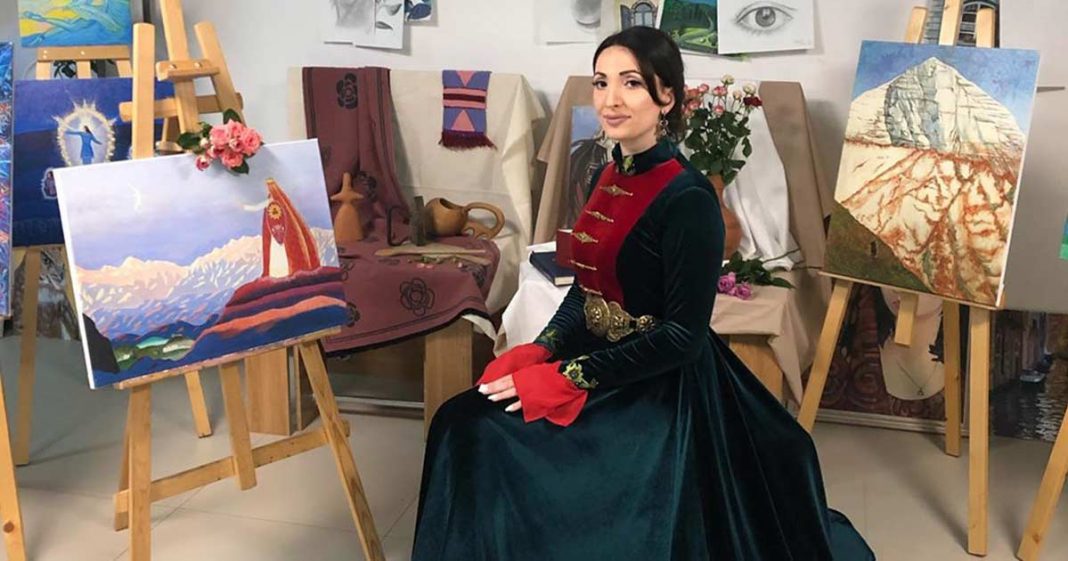 The acceptance of applications for participation in the IV International online festival of national costume and talent "My Motherland" has ended. Among those, whose video questionnaire was accepted, is a famous Ossetian singer Ilona Kesaeva @ilona_kesaeva.

The purpose of the festival is patriotic and aesthetic education, popularization of the national costume, support of folk art, study and preservation of the country's historical and cultural heritage.

Talented creative people from 6 years old who popularize the culture of their people in different genres of art are invited to participate. That is, those who model national clothes, sing, dance, play musical instruments or engage in acting.

Ilona Kesaeva announced herself in two genres at once: "Vocal" and "National stage costume".

“I represent the Republic of North Ossetia - Alania. In the video, I acapellically performed my Ossetian hit “Ana Dauay”, and also talked about the national costume in which I performed. This beautiful outfit was provided by the fashion designer Zarina Vataeva @sofira_r ... My application has already been accepted, it is with the jury and published on the festival website. I really hope for success, I want to adequately represent my Republic at the final concert in Moscow, ”says the singer.

The works will be considered until September 30, 2020. You can cast your vote for Ilona here.

The results will be announced on October 10, and on November 4 a Gala concert will be held in the capital (you can watch it on the festival's YouTube channel), where the Grand Prix Winner will be determined.

On Saturday, December 5, Moscow hosted the VI Silver Jug 2020 Music Prize, where every year famous Caucasian performers receive an award based on audience voting for their contribution to the development of the region's ethnic culture.
Learn more
Announcements

On December 5, 2020, Moscow will host the VI Annual Silver Jug 2020 Music Award with the participation of artists from the North Caucasus
Learn more
News

Ilona Kesaeva dedicated a song to her son

On the first birthday of her son, the popular singer Ilona Kesaeva made Alikhan a musical gift - a touching author's song in the Ossetian language - "Gytsyl saby" ("Baby")
Learn more