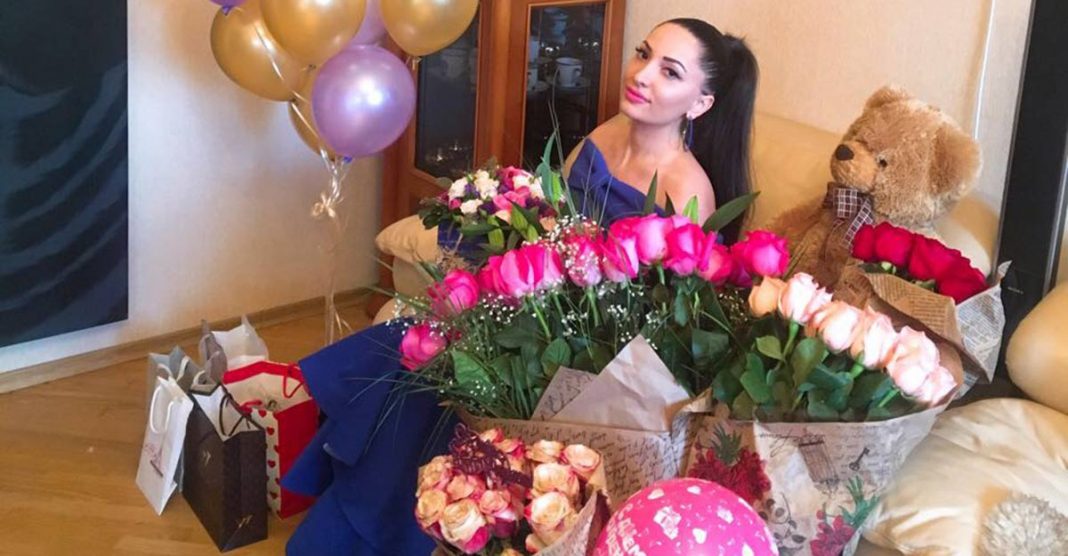 Initially, the artist planned to celebrate the holiday in Moscow, but the concert schedule somewhat corrected these plans, and the star “Zvuk-M” celebrated Birthday at home, in her native Ossetia.

“It was very fun and pleasant to note among friends, sisters and brothers, her colleagues,” says Ilona, ​​“there were about 35 people. We gathered in my favorite restaurant "Sky", I often speak there and I think that this is the most fashionable place in our republic.

I was congratulated with beautiful bouquets, sweet aromas, as I like, pleased with certificates from different stores. It was especially nice to hear songs performed by my friends and colleagues - Artur Khalatova and Victoria Elbaeva. I'm still a musician and most of all I love musical gifts! ”

The singer also received an unusual congratulation from the radio station “Alania”, from where she received a call and congratulated the entire republic on the air.

Calls, congratulations and gifts from friends and fans - a great proof of the love of loved ones and the recognition of the public. But success never turned the artist's head. As she herself says, this is the merit of her father:

“I was never conceited and, I hope, not conceited. I have a mentor - my father, who taught me a lot and continues to teach. Thanks to him, I learned that you always need to go forward, reach new heights! The main thing is that health does not fail. And so, by my age, I believe that I have already reached a certain degree of popularity. In my Republic, I am a promising artist, in work and creativity - in demand, beloved by the audience. Of course, this is not the highest level, but since I’ve only about a year since I moved from Moscow, I think that I have worked very actively. At the moment, I am also the face of several beauty salons, clothing stores, participating in various media projects. I always actively and with pleasure cooperate with different companies. So at this stage there is success, but I'm not going to stop there! ”

On behalf of the music publishing house “Zvuk-M”, we heartily congratulate Ilona Kesaeva on her birthday and wish you great female happiness, love and, of course, new successes in your work!

Novelty on Arthur Khalatov’s YouTube channel @artur_halatov - the artist presented a video for the recently released composition - “Ossetia”. According to the idea of ​​Khalatov and the director of the video Vladislav Tuaev ...
Learn more
New music publishing

"In the Clouds" - premiere of the album by Victoria Elbaeva

The composition of Victoria Elbaeva’s new music album included the songs “Across the Clouds”, “Do Not Fool the Girl,” “First Love,” “Draw” and “Don't Let Go”. This collection is the result of the joint work of the authors Margarita Biragova and Lajush Khristov.
Learn more
Premieres

Love leaves, losers cry, and strong people can sing beautifully about it, albeit with sadness in their eyes. Confirmation of this - a new song by Arthur Khalatov to the poems of Arthur Kencheshov "See you." "Your window, my star always, you illuminate the city - of the year, but I still love, I keep your tender smile ..."
Learn more