Islam Satyrov told about the concert in Astrakhan ... 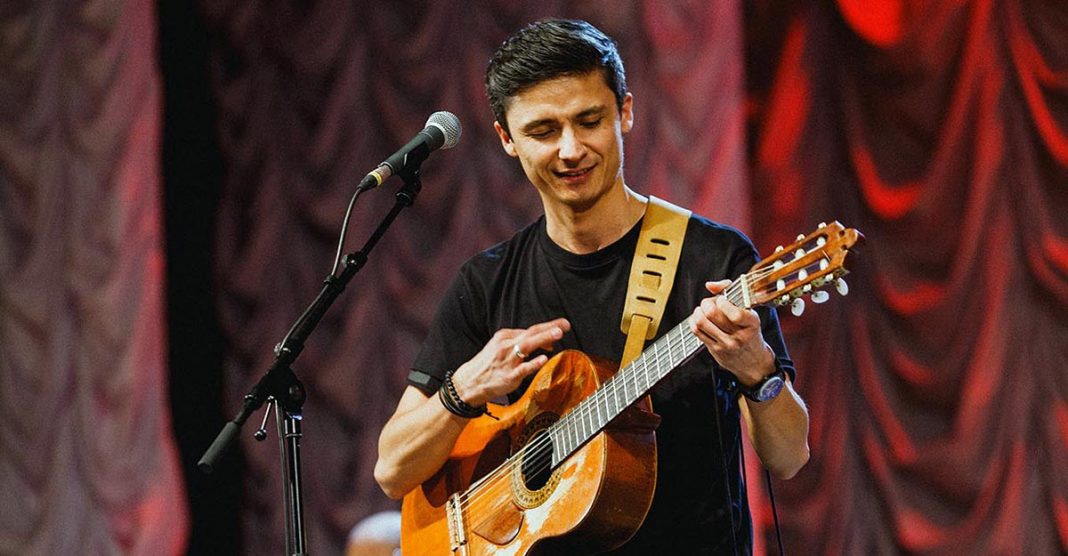 Presentation of a concert program in support release of the same album, according to the musician, was very successful:

“Everything turned out just super! Most of all I was worried about the sound, because during the recording of the album I focused on the general sound. It was very important for me that we achieved the same sound in a concert version. Thanks to the professionalism of our sound producer Alexander Smirnov, we succeeded. ”

Together with Islam, three more musicians performed on the stage: drummer Nikita Karasev, bassist Artyom Potapov and guitarist Sergey Surovetsky. As the artist said, during the rehearsals they had to face some difficulties ...

“We carefully prepared, prescribed instruments, special effects. But there were difficulties associated with the nature of the music, with the material itself. Despite the professionalism of the musicians, and they had to play in completely different styles, to my surprise, there were problems during the rehearsals of my material. It seemed to me very simple in terms of parties and arrangements, but not for the guys. It did not fit into their heads. I had to work with each individually on different nuances, work out specific points. But they really like the music, it is interesting and thanks to this we have achieved the desired sound! ”, Says Islam.

In total, 15 works were performed at the concert: those that were included in the album and one more - Islam solo played it on a flute. This was a pleasant surprise for the public. She also appreciated the fact that the artist independently conducted his concert:

“Before each song, I told either the story of the creation of this composition, or the story of my life related to this song, or about the authors who wrote the track. I was very worried, of course, but from the reviews I realized that it even played into the hands, as everyone said that it was "atmospheric and sincere." I myself was pleased with the concert, although for the future we made a lot of conclusions for ourselves both on technical issues and on musical ones. ”

The following performances are planned by the artist for April. It has been previously decided that they will take place in Moscow, Kazan and Kazakhstan.