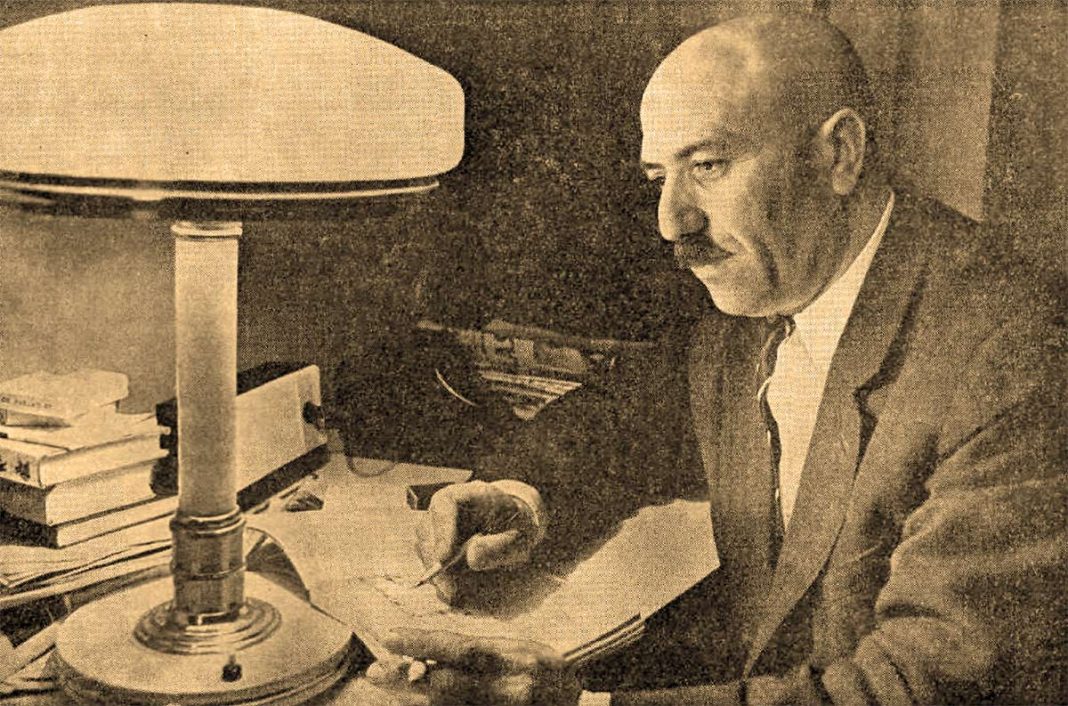 "I tried not to speak miserable words that degrade human dignity."
Kaisyn Kuliev

Kaysyn Kuliev is a Soviet and Balkarian poet, journalist and war correspondent, whose work has become part of the world literary heritage. All his works are an encyclopedia of life and kindness, the strength of the spirit of the people and courage, love for mother, father and Fatherland. The poet has always been and remains the pride of the Balkarian people and the country.

The Upper Chegem Aul of Kabardino-Balkaria is his small homeland, and the Lower Chegem is the place where Kaysyn Kuliev studied at school. Then there was a pedagogical college in Nalchik, and studies in Moscow - at GITIS and the A.M. Gorky, which he graduated in 1939. Kaisyn Kuliev began to write poetry while still at school, and in 1933 his first works were published. In 1940, the first book of lyrics in the poet’s native language was already published and was called “Hello, morning!” ("Salam, Erttenlik!"). In the debut collection of Kaisyn Kuliev, features of future great poetry were already clearly visible.

The poet went through the whole war. Initially, he was a paratrooper, was wounded, then worked as a war correspondent for the newspaper Son of the Fatherland, and fought again, freeing Moscow, Orel, Ukraine, the Crimea and the Baltic states.

Starting from the 1942 of the year, Kaisyn Kuliev’s poems are published in central newspapers and magazines in Russian translation, are heard on All-Union Radio, and become known to a wide audience. The deportation of his native people in 1944 led the poet to the decision of voluntary exile in Kyrgyzstan, he lived there with his fellow countrymen for ten years, actively participating in the literary life of the republic, but without the right to publish his own works.

Kaisyn Kuliev's work is a synthesis of the culture of the East, the traditions of Russian and world classics. “Kaysyn Kuliev considered Pushkin, Lermontov, Tyutchev, Nizami, Fizuli, Pasternak, Tvardovsky, Byron, Verkharn, Lorku and others close in spirit and creativity to poets,” Boris Pasternak wrote about the poet and his friend. “World poetry has given me that culture, without which it is impossible to become a poet,” Kaisyn Kuliev answered.

In the mid-fifties, Kaisyn Kuliev moved to his homeland, in Kabardino-Balkaria. He writes a lot. His work not only became widely known, but also took a strong and significant place in Soviet literature. The poetry collections of poetry are printed in different languages ​​and become the property of a multimillion army of readers: “Bread and Rose” (1957), “Mountains” (1957), “I Came from the Mountains” (1959) and many others.

The last years of his life, despite the serious illness, were no less fruitful for the poet than the previous ones. It was written a lot of collections, most of which came out after the death of Kaisyn Kuliev 4 June 1985. After death, a monument and a memorial were erected in his homeland, where the poet’s books, documents and photographs are kept. The streets, libraries, the House of Culture, schools and museums in various Caucasian republics and even far beyond the region’s borders are named after the great master of the word. At the moment, the works of Kaisyn Kuliev are translated into 140 languages ​​and published in most countries of the world.

No matter how small my people are,
He will survive me anyway
And my land shall be alive, in which the nest
And white dove viet, and black raven.
Kaisyn Kuliev

Reception of applications is open! If you are a talented person who cannot imagine his life without art, you are already 18 years old, and you were born or live on ...
Learn more
Musical culture of the peoples of the North Caucasus

Chechen traditional musical culture, like any other national culture, is universal. This culture was and exists thanks to the diverse links with the culture of the neighboring regions ....
Learn more
Music history

Trash Metal or Trash Metal. "Hollowing" metal The origins of thrash Thrash metal or thrash (although the abbreviated word "thrash" refers to more subculture than music) appeared as a historical and logical development of the core direction of rock music ...
Learn more