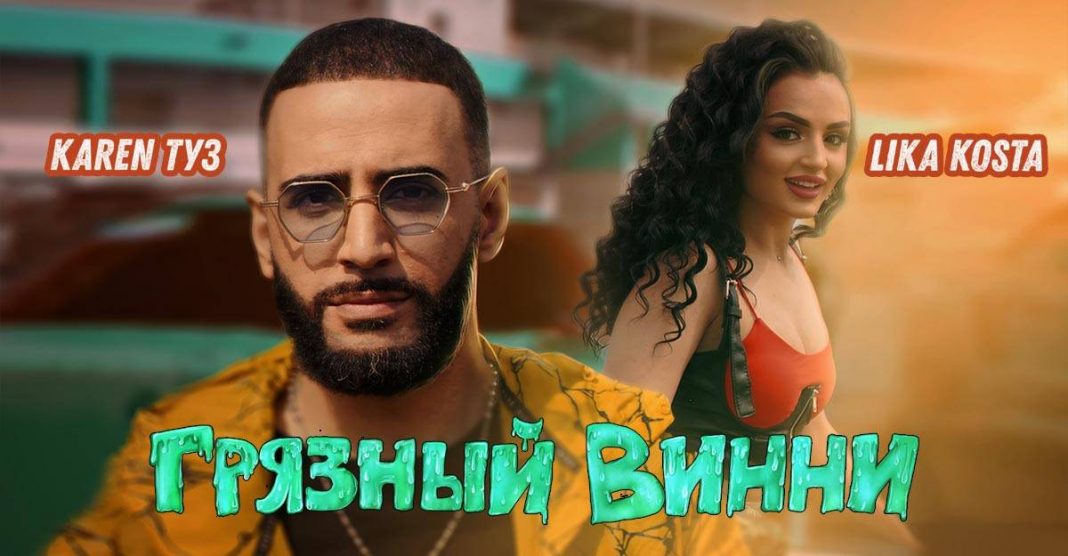 Welcome to the shocking, melodic and provocative world of songs from the popular musician, author and performer Karen Tuz @karentuzmusic.

A new song called "Dirty Winnie" performed by the artist was released on the world's streaming platforms immediately after the premiere of the video of the same name, which can already be viewed on the artist's Youtube channel. This is the story of a comic character named Vinnie - a womanizer and a life-burner, a lover of women and their magnificent forms ...

As conceived by the directors Aruta Tevosyan @haruttevosyan и Alina Veripya, stunning luxury locations open before the audience. The video itself was filmed on the Formula 1 - Moscow Raceway, a helicopter was used for filming, and besides that, the shots are full of expensive cars and beautiful girls.

The video was filmed in Moscow, it took about 20 hours to shoot, and the result of the work of a large team of Karen Tuz was very pleased:

“It was exciting! Dirty Winnie will not leave anyone indifferent, - says the performer, - the leading role played his character so harmoniously that you will simply fall in love with him! "

There is every reason to believe that the new video will explode the charts by analogy with the concert performance of Karen "Senorita", the filming of which not only gained more than 135 million views, but also overtook some of the world's video hits, for example, "Ain't It Funny" Jennifer Lopez.

"I'm looking forward to! We put a lot of energy and energy into Dirty Winnie. This is a large-scale work, which, I hope, will bring us new success! Thanks to my listeners and viewers for their support! It is always very inspiring, ”says the artist.

Oh yeah yeah you're just Dirty Winnie
Well stop telling me give me
You really try so that dirty Winnie doesn't say goodbye to you.
Oh yes, my figure in the back is a bomb
Poisonous like an anaconda.
Girl, relax, under the reggaeton beat, don't break.
Oh ma ...

Hello, salute everyone, I'm Winnie the bear,
Realy, and next to my Bitch in a mini bikini!
She makes me "love" when we are alone,
Like Lake Baikal, I explore its depths.
Winnie the bear came out a little vulgar, but ...
Well what can you do, it's Vinnie and not a crime.
I fly to the top, the effort was minimal,
A little more and I'll blow up TikTok and to the wild tribes.
Don't think about anything next to me
It's going to be hot tonight, my Cat Woman.
The fire is in me, you can be sure it won't blow away with the wind,
Dirty Winnie is revving wildly here.
Runes runes, to the sound of salsa,
My girl, on me, you will do a somersault.
I grab your bare shoulders
I came, I saw, I conquered, VeniVidiVici.

Oh yeah yeah you're just Dirty Winnie
Well stop telling me give me
You really try so that dirty Winnie doesn't say goodbye to you.
Oh yes, my figure in the back is a bomb
Poisonous like an anaconda.
Girl, relax, under the reggaeton beat, don't break.
Oh ma ...

A remix of the song "Barman Pour" by Karena Tuz