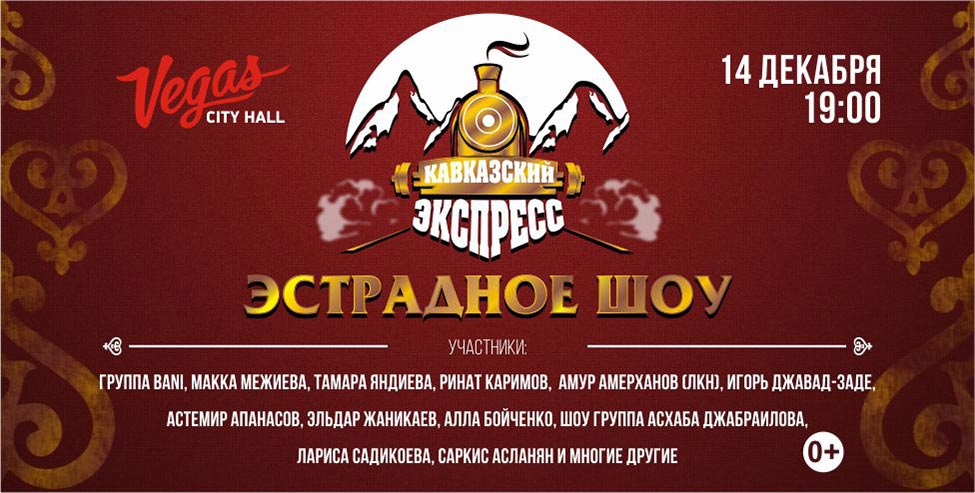 The Caucasian Express Music Festival is an international music project in which a multinational team of artists from the North Caucasus, southern Russia, as well as neighboring countries and the CIS will take part.

This team consists of pop stars, dance ensembles, performers of national and folk music. In particular, the multiethnic children's group of the Recital production center Alla Pugacheva will also perform.

Actress of the music publishing house “Zvuk-M” Alla Boychenko She is also a participant of the festival, but this time she performs not only as a vocalist, but also as one of the organizers of the event.

The singer has put a maximum of ideas and efforts in joint work on the script with the project director Ibragim Tsuraev.

“This is a completely new presentation format,” says Alla, “not just a combined concert of artists from the Caucasus and Transcaucasia, but a theatrical show, with the participation of professional actors, with a story line, multi-genre numbers. This is a team work of producers, directors, screenwriters, and I am happy to be involved in it. "

The name of the festival "Caucasian Express", according to the representative of the organizing committee, is symbolic, as the artists of the show will move from city to city. The main goal of this performance is the development of international and interethnic cultural cooperation, the strengthening of friendship and the development of cultural interaction between the peoples of the project member states, and the popularization of national and folk music.

The first presentation will take place tomorrow, December 14. It will be held at the Vegas City Hall in Moscow.

TO BUY A TICKET

“The most famous stars of Russian pop music performed on this venue,” commented Ibragim Tsuraev, “the Caucasian Express pop show - a fabulous New Year's present, this is a fascinating story with funny characters, unexpected surprises, a sea of ​​humor and positive!”

The second presentation will be held in St. Petersburg next year. Further "Express" will move to Europe, then to Azerbaijan, Georgia, Armenia.

It is assumed that the concerts will be held once every three months, and the city where the next show will take place will be chosen by lot.