Home Culture and Society When to celebrate the New Year? New Year traditions of the peoples of the North Caucasus

Many in the North Caucasus will probably still celebrate the New Year on December 31st. However, the inhabitants of the region do not give up their traditional festivities either. For example, among the Circassians, it is expected on March 21 - the day of the vernal equinox and marks the beginning of the sowing season.

According to the Circassians, on this day, spring wins over winter, since the duration of daylight and darkness reaches parity.

In ancient times, the herald traveled around the village and announced the onset of the New Year, inviting everyone to gather the next day, until the sun rose. People were hanging two small branches of boxwood at the entrance to the house. Exactly at midnight, hearing the blows of a ploughshare, people left their homes with torches. At the same time, the elder was descending from the mountains, accompanied by a young girl: both in white robes and with lighted torches in their hands. They went to people, carrying fire in their hands as a symbol of warmth, kindness and light.

On this day, people went to visit each other, exchanging festive food. Seven items on a tray and seven dishes on the festive table are a gift to the sun.

The place of honor was occupied by the elders. They were the first to be offered a bowl of honey mash. Meanwhile, in cauldrons of boiling oil, festive cakes, round as the sun, were being fried.

The Ossetians call the New Year Nogbontæ (new days) and is celebrated from 13 to 14 January. And before that, the Tsyppurs holiday (personifies the winter solstice) is celebrated, falling on the same days as Catholic Christmas, but this is not a Christian holiday, but a pagan one. Tsuppor means forty days of fasting preceding the New Year. Ossetians put fruit, barbecue and drinks on the table. Families prepared a large Ossetian pie, which was placed in the center of the table - every member of the family had to taste it. According to the Ossetian journalist Zhanna Tarkhanova, housewives mold figures of people and pets from dough so that in the new year the family will grow and livestock will increase.

Unlike the Circassians, who revived their New Year relatively recently, the Ossetians have never stopped the traditional celebration of the coming year.

Historian Ramazan Abdulmazhidov says that in the mountains of Dagestan, the New Year was Otsbay - the holiday of the first furrow (also falls on March 21)... “The holiday began with a symbolic plowing of a furrow by a respected villager, sowing grain crops,” he explains.

It is noteworthy that, according to Abdulmazhidov, Otsbay is a pagan holiday, however, despite the strong influence of Islam in Dagestan, it retained its position. “Often, even representatives of the clergy participated in the rituals. And today many people celebrate it, ”the Dagestani scientist notes.

"In southern Dagestan, the same Otsbai was celebrated, but with a different name - it is called Yaran suvar (" Holiday of the Sun ")." According to the Lezghin belief, Yaran suvar symbolizes rebirth, the victory of light over darkness, warmth over cold, life over death.

Navruz Bayram - holiday of spring and the coming of the New Year according to solar chronology among the Iranian and Turkic peoples, which coincides with the vernal equinox, which falls annually on March 20-21.

Nowruz translated from Farsi means “new day”, and “bayram” is a Turkic word and means “holiday”. This is one of the oldest holidays on Earth, symbolizing the beginning of a new life.

And although the celebration of Navruz is widespread among Muslim peoples, it is not a religious, but rather a folk holiday, which is associated with spring, the beginning of agricultural work, the awakening of nature and the onset of warm days.

The origin of the holiday is associated with the cult of the Sun and the name of the ancient Persian prophet Zarathushtra. The sacred book of the Zoroastrians “Avesta” is the oldest source where the celebration of Navruz is mentioned.

As for the Ingush, they celebrated the New Year in December. According to the Ingush ethnologist Zeynep Dzarakhova, the celebrations began in the evening of December 25, and the day before the priest announced the beginning of the holiday, turning in turn in four directions. “The Ingush wished each other“ headlights, ”that is, abundance,” she continues. - There were generously laid tables in the houses. Triangular cakes and round pies cooked over a new fire were considered especially useful. These three cakes, cut into four parts, like outgoing rays, were symbols of the sun. "

Among the Chechens, a significant place was occupied by the celebration of Kerla sho (New Year). Preparations for it in every family began long before its onset. Just like the Ingush, they baked all kinds of breads, pies, flat cakes, pancakes on a new fire, and slaughtered cattle. Various drinks were prepared from cereals: araka, beer, mash, kvass. Like many peoples, a kindled fire was held in high esteem by the Vainakhs.

The wealth of the New Year's table is an indicator of abundance in the next year. Chechens and Ingush made donations to the poor, sick and orphans. 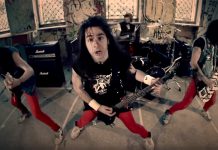 “I called you a princess, but still I didn’t become a prince ...” A video was released for a new ...