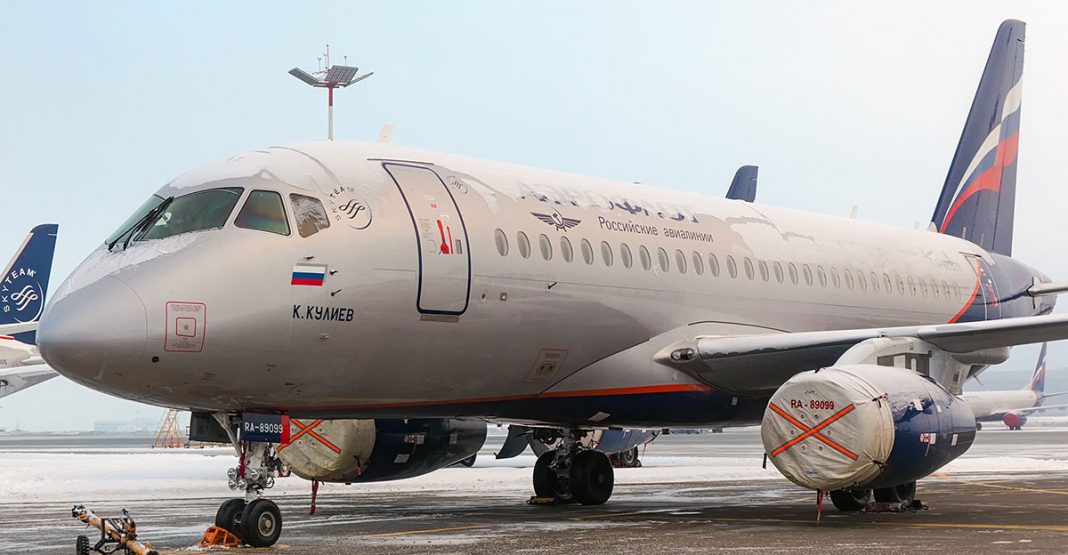 “How the old highlander loves his Kazbek,
So I love all the lands and lands ... "

Last year, 100 celebrated the anniversary of the birth of the national poet of Kabardino-Balkaria, laureate of RSFSR and USSR state prizes, Lenin Prize, author of poetry collections, novels and novels Kaisyn Kuliev. And it is quite symbolic that the passenger aircraft “Sukhoi Superjet 100”, belonging to the Aeroflot fleet, now bears the name of the great poet.

The SSJ100 liner with the RA-89099 tail number was put into operation as part of the contract for 20 aircraft, which Aeroflot entered into with VEB-Leasing and the United Aircraft Corporation at the International Aerospace Show - 2017.

Liner "K. Kuliev ”is designed for 87 passengers: it includes 12 seats in the business class cabin and 75 in the economy class.

The aircraft, which has become 35-m in a row in the company Aeroflot, flies several dozens of destinations to cities in Russia and Europe.

Kaisyn Guliyev was born on November 1 on 1917 in the old Balkar aul Upper Chegem. From the age of ten he began to write poetry, and from 17-ti - to print.

In the 17 years, Kaysyn entered the GITIS named after A. Lunacharsky and the Literary Institute named after A. M. Gorky in Moscow. After graduating in Moscow, he taught literature at the Kabardino-Balkarian State Pedagogical Institute.

In 1940, his first pen-book of lyricism in the national language “Salam, erttenlik!” (“Hello, morning!”) Was published in Nalchik, and in June of the same year the poet joined the army.

Participating in the Great Patriotic War, Kuliev was a paratrooper, a war correspondent for the newspaper "Son of the Fatherland", which published his military correspondence and poems that brought him wide acclaim. He took part in the battles for the liberation of Moscow, Orel, Rostov, Ukraine, Crimea, the Baltic states, was wounded. Kaysyn was awarded the medal “For the Defense of Stalingrad” and the Order of the Patriotic War II degree.

From the middle of 1942, the poems of Kaisyn Kuliev were published in the central print media in Russian translations and sounded on the All-Union radio.

In 1943, the poet’s poetry collection was nominated for the Stalin Prize, but due to the deportation of Balkarians in 1944, he was never able to receive it.

For more than ten years the poet lived in Kyrgyzstan, participating in the literary life of the republic, but without the right to publish his own works.

In 1956, Kaysyn Kuliev returned to Kabardino-Balkaria, graduated from the Higher Literary Courses in Moscow, published collections of poems in Russian and Balkarian languages: "Mountains", "Bread and Rose", "I came from the mountains" and others.

Collections of poems were published in the 1960s and 1970s, each of which became a special phenomenon in literature, and in 1985, the poet’s last lifetime edition, I Tell People, was published.

The last years of his life, until his death 4 June 1985, Kaisyn Guliyev spent in his house in the city of Chegem, where, according to his will, he was buried.

His works have been translated into 140 languages ​​of the world, streets and schools are named after Kaysyn Kuliev, monuments have been erected to him, and now a nominal plane has been added to this list.

All this is a clear confirmation that the poet's word is alive in the hearts of his readers, and the reverence for his work grows from year to year.