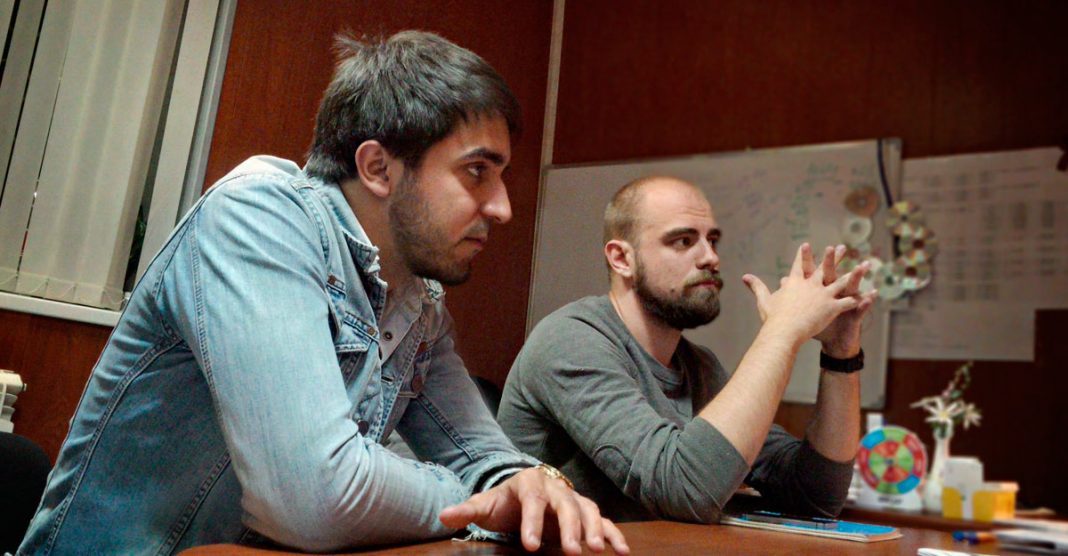 Popular stars Shami joined the stars of the music publishing house “Zvuk-M”. According to him, he had long heard about the publishing house, but there was no chance to come in and get to know each other in person. Now this opportunity presented itself, and he did not fail to take advantage of it, visiting the company's office to discuss the beginning and conditions of cooperation.

The specialists of “Zvuk-M” told the artist about the possibilities of promotion in digital stores iTunes, Google Play, Yandex. Music and many others, and also explained the nuances associated with working with international digital distribution services. Shami was very pleased with the open prospect, and after signing the contract, a work plan for the near future was outlined.

So very soon, fans of the artist awaits many surprises. Shami has just returned from the shooting of the video for the song “Behind you”, which took place in the picturesque corners of the Chechen Republic. In the future, this video will be presented, as well as released several new albums of the artist.

The exact dates have not yet been announced, but we will keep you updated on all the new products. Stay tuned.

In the photo in the title: Shami and Igor Mikhno.

The popular artist Shami was in a Moscow hospital with bilateral pneumonia provoked by Covid-19. The artist is undergoing treatment in a hospital equipped at the Crocus Expo international exhibition center in ...
Learn more
News

International Family Day, which is celebrated annually on May 15, is designed to draw public attention to the problems of this unit of society, as well as to remind everyone ...
Learn more