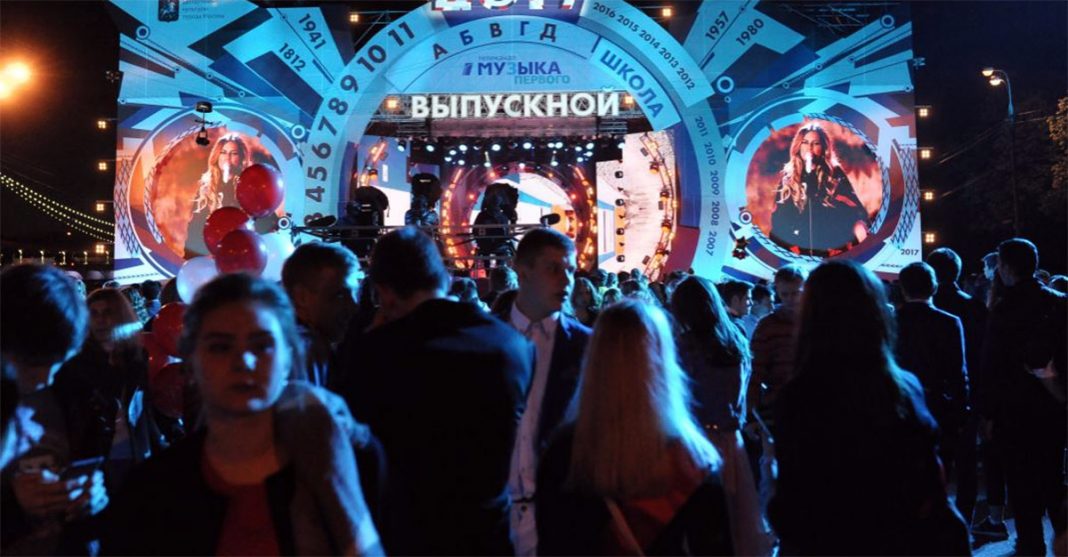 More than 20 thousand graduates will gather in the Park. Gorky in Moscow, where the annual holiday "Moscow 24 Graduation" will be held from 25 to 2018 in June.

A grand concert will be organized for the children with the participation of popular artists, but to choose which ones the graduates themselves were given the opportunity. According to the results of the vote, Feduk came first, Mot came second, Olga Buzova came third. Also, votes were cast by Alexei Vorobyov, the Beasts group, Elena Temnikova, Ani Lorak, Yegor Creed, the Pizza group, Polina Gagarina and others.

In addition, the actress of the music publishing house “Zvuk-M” will also perform at the festival. Kristina Yesayan, which will perform the track "I'm with you."

“The school graduation night is a significant, solemn and touching event. This is a celebration of a better time in human life - a celebration of youth. Behind is the courtyard of the native school, ahead are the uncharted roads of the future. And it is the graduates who are the happy owners of a powerful force that will bring to the desired heights. With all my heart I congratulate everyone on graduation and the beginning of adulthood! See you at the concert! ”Says Christina.

This time the holiday will be dedicated to Russian heroes, such as Yuri Gagarin, Mikhail Lomonosov, Vladimir Mayakovsky and others.

Photo in the top provided by https://www.mos.ru

Kristina Yesayan together with the singer RIPSI presented the song “Lord said”. “I want the guys to understand the essence of life while listening to our song. I want to convey to the audience that in addition to money, hookahs, clubs and wheelbarrows, there is another side to life. And you need to appreciate her, to be a good person ... ”, says Christina.
Learn more
Premieres

Christina Yesayan's new song “Take Off,” written by her at the request of listeners, is released

The theme of love and betrayal is always exciting and relevant, and therefore fans of the singer Kristina Yesayan, with whom the artist often gets in touch, were asked to write ...
Learn more
Artists Promo Pages

The release of the track by Christina Yesayan @official_esayan_kristina1989 and Ilya Sagliani “I'm with You” (Remix) took place For the first time, fans of the singer’s creativity heard the original version of this song in 2017, ...
Learn more