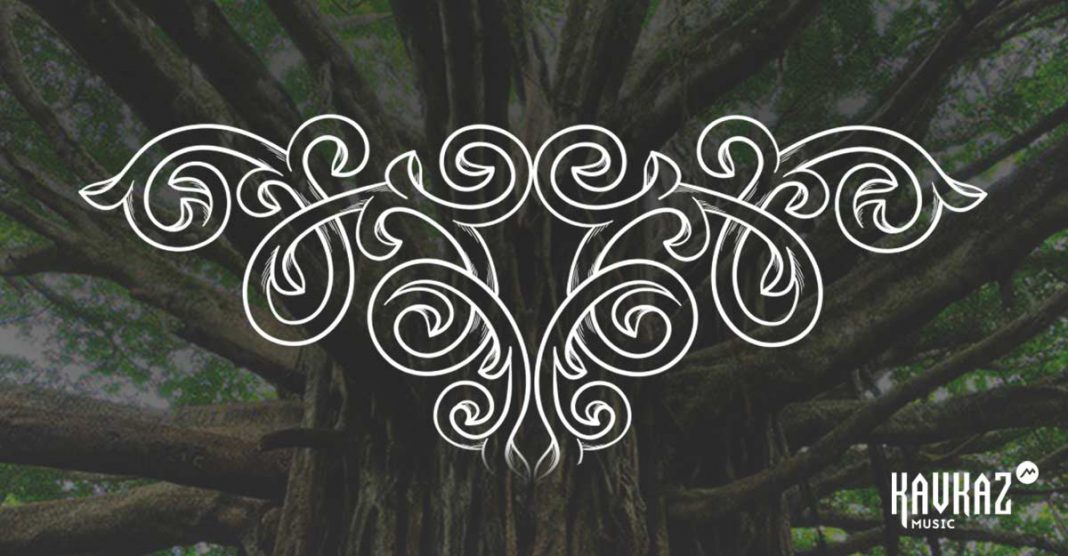 Today an album of instrumental compositions of a famous musician and folklorist researcher has appeared on the windows of digital stores Zuber Euaz - "Pshynale sherashe"!

The name of the album is translated from Adyghe as “Meditative music”, and the author of the project says that 7 ritual compositions - traditional for the Circassians from ancient times, entered the track list. On the treatment of music and the history of these melodies Zuber told us in detail on the day of the premiere:

“The ancient Circassians had an amazing tradition: on a certain day or evening, people gathered in a sacred grove and silently listened to a musician who played shikapshin. And then also silently dispersed. Interestingly, the music played was unusual ...
“Everyone came to these hearings: men, women, children, there were no restrictions. The Adygs knew that music is a powerful remedy for the body and soul, and they used music therapy along with drugs, conspiracies, and prayers for treatment. Now the name of the tradition has been lost. However, in the archives there are testimonies of participants in such hearings.
Choreography, instrumental performance and vocal art were an integral part of the life of the Adygs. At the birth of the child, they sang the song "Najdzhan", played games, put them in a cradle - sang a lullaby. The first steps were also accompanied by songs and games and ceremonies. Then wedding games, ceremonies. During the work, we used songs and tunes directly and indirectly related to labor. When they went to defend their homeland, they sang songs, played tunes. When wounded, they sang healing songs - the "Shlepschaklue" conspiracies, or, healed with music, they composed songs and tunes. At the funeral, they composed lamentations, songs-laments for the dead, they composed tunes in honor of the deceased, so that the name of each would remain in the memory of the people.
In the modern world, music therapy as a science has become famous in the 19 century, and in the 20 century it has become incredibly popular in many countries. It was at this time that she acquired a separate direction in the treatment and prevention of various diseases.
Music therapy is divided into 2 type of impact: physiological and psychological. In the first case, certain parts of the brain begin to work actively, due to the effect of music and rhythm on brain structures. In the second case, the melody is capable of evoking positive emotions, pleasant memories, associations that best influence the improvement of mood.
With the help of music, you can influence the spiral of DNA cells responsible for certain organs, raising or lowering them at a certain sound frequency. Thus, the disease can be cured.
The Circassians for each disease existed their own ritual music. Reading spells to a special melody, the wounded or sick with broken bones were raised to their feet for several days. When injured and retrieving a bullet, they performed the rite “K1” or “NX1call1ue”, which was accompanied by music.

This album includes seven ritual compositions. I took as a basis the original ancient Adyg music, put special effects, and as a result I got deep and penetrating compositions of the New Age genre:

1. "Yes kesheshzh"... Day - in Adygea, the mistress of an intermediate house, in which a young groom (teacher, tutor, nanny) or an invited girl stayed for the time of the wedding to take care of the sick. Since this melody is indicated by Kim Tletseruk in the list of wedding marches, we assume that it refers to the rite of the young groom returning from the "intermediate" house to the parental one.

2. "Psyheg" ("Crying over the water").
When they could not find the drowned man, they sent a jekuaco who played the Adyg flute (kamyl) to the melody "Psyheg" in search. The legend says that when he approached the place where the drowned man was under water, the musical instrument stopped making sounds. And at that place we got a drowned man from the water.

3. "Ubykh". The Ubykhs are an Abkhaz-Adyg tribe that disappeared in the early twentieth century. The last native speaker was Tofik Esench. In this track, one ritual music of this tribe is used, the name and purpose of which is lost.

4. "My dream" - this is the music from my dream. While working on this project, at night I woke up in a cold sweat and recorded this track.

5. "Azar" - an old Abkhazian song. It was performed at large annual commemorations. With the song "Azar" the horse was circled three times around the grave, after which the races began. The horse of the deceased also took part in them. It is interesting to note that usually the horse was sensitive to the sounds of the song "Azar". She began, as it were, to moan.

6. "Sozareshch". The rite "Sozareshch" was committed in the treatment of smallpox. Abris de la Motre, a Frenchman who visited Circassia, described a method of nauseating in Circassians: “I found Circassians all the more beautiful,” he wrote, “as we moved between the mountains. Since I did not meet anyone marked by smallpox, I came to the idea of ​​asking them if there were any secrets to guarantee themselves from the devastation that this enemy of beauty produced among so many nations. They replied in the affirmative to me and said that this remedy consists in inculcating it or transmitting it to those who need to be protected with this. ” The rite was accompanied by prayer and chants. The original of the song is stored in the archives of the KBIGI box office No. 149 inv. No. 498-f. Tsikisheva Taisiya Vasilyevna and Lyapina Ksenia Nikolaevna sings. Record made in the Stavropol Territory, Kursk District Art. Lukovskaya.

7. "XNUMHazem and ored"... The rite "k1apsh" or "shlepschak1ue" is an Adyghe (Circassian) rite, which was arranged around a seriously ill patient. Its meaning is to distract the patient from his worries, to support him in difficult times. The patient was accommodated in a guest house - kunatskaya (Adyg. "KhyeschIesh"). Every evening, girls, boys, teenagers, mature men, folk bards (dzheguako) gathered here.
Speaking of this music, in the original it is a song. It should be noted here that the disease itself is not mentioned here, but it is talking about the doctor and his tools. Mastery is praised by music, song.
1ase (doctor). This music is a praise of XNUMHase itself, in order to create all the necessary conditions for a speedy recovery of the patient.

“This album is not for dancing or singing. This is music in order to stop in a vain race for illusory benefits, look back and see the world in its most beautiful destiny! - summed up the author, - great help in creating the project was provided by: sound engineer Marat Paritov, known for his work with leading Russian singers and musicians; Fatima Kharaeva - candidate of art history, author of research papers in the field of ethnomusicology; Svetlana Kushu is an honored journalist of the Republic of Adygea. "