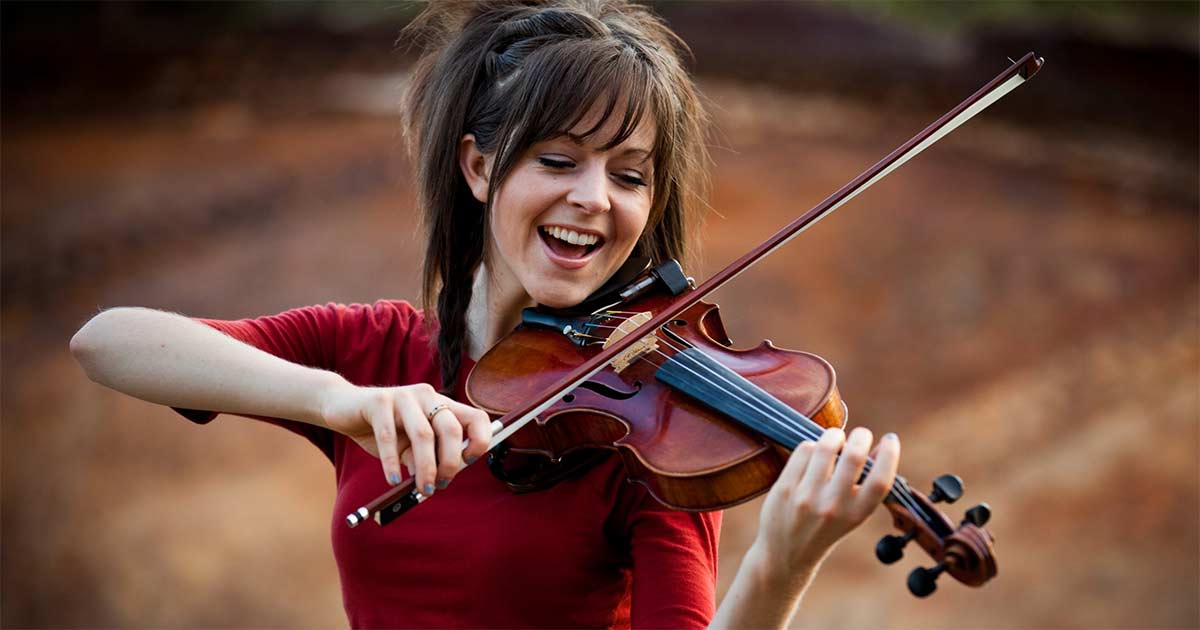 Famous American performer Lindsey Stirling released the Christmas album “Warmer In The Winter” with new authoring compositions and versions of classic holiday songs. The album debuted at 32nd place on the Billboard 200, immediately capturing the attention of sophisticated audiences. The release is complemented by premiere tracks, as well as an exclusive edition of the soundtrack from the movie “Home Alone”.

Lindsay Stirling, an American singing violinist who has successfully experimented with contemporary musical genres, not only fascinatingly plays one of the most complex musical instruments, but also combines this game with amazing choreography both on stage and in her videos. Unsurprisingly, her YouTube channel today boasts over eleven million subscribers and nearly two and a half billion video views.

You can choose either a violin or a dance

Lindsey always wanted to combine violin and dance, since childhood she was fond of both, but her parents insisted on the need to decide on the final choice. Later, in an interview with the American online magazine “New Media Rockstars”, the singer commented on this fight: “Even when I was a child, I always dreamed that I would dance, but my parents said:“ You can choose either a violin or dances. But not all at once, ”and I chose the violin. So this is a kind of fulfillment of desire - this is ridiculous, but this is what I always wanted to do ”

In his compositions, Stirling is experimenting with different genres, mixing violin, dubstep and hip-hop; at the same time, according to experts, the most harmonious sound is her classic, which is clearly seen on the lead track of the album “Dance Of The Sugar Plum Fairy”.

The Russian audience will soon again have the opportunity to see their beloved performer: the Lindsey Stirling concert in Moscow is scheduled for September 30 of 2019 in Crocus City Hall.