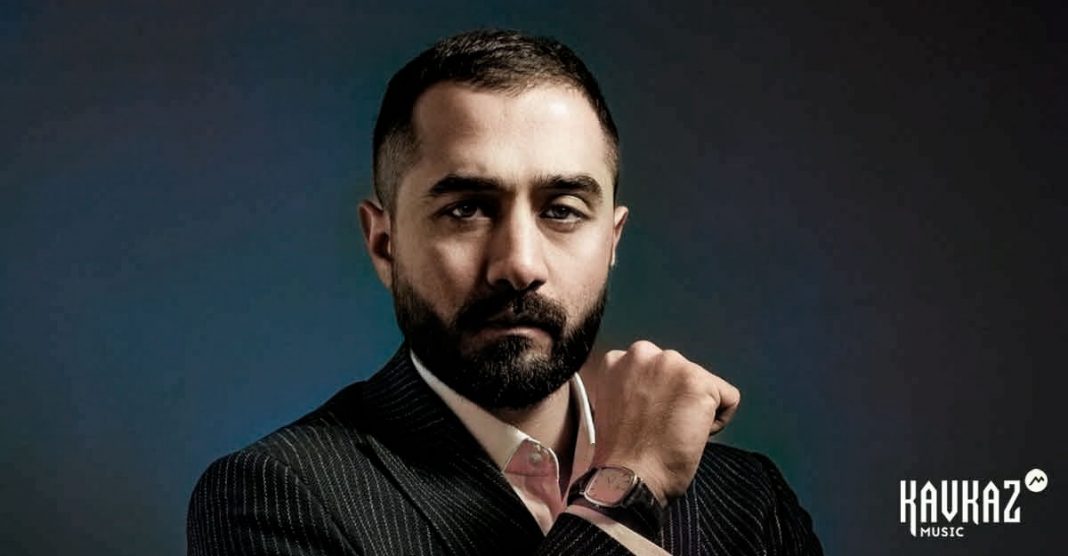 The first project presented by the performer to the audience was the old Circassian song "Babygu Zhankhuet", the writing of which dates back to the nineteenth century, approximately 1810

Majd Aldin spoke about his creative plans and personal view in an interview with the editor of Kavkaz Music. Source: www.kavkazmusic.tv

Editor of "Kavkaz Music": Hello! We are glad to you and the fact that your work with the Kavkaz Music label will begin with such an old song! Why did you decide to release it in the first place? What does it say?

Artist: Hello! Thank you It was important for me to start with an old song, with something familiar. I have always been fascinated by vintage material. As a rule, this is the format that is not touched by global influence and contains many meanings and traditional shades. In my opinion, this thing reflects the national flavor, the very authentic beauty and fullness.

The song “Babygu Zhankhuet” has been preserved and has come down to us thanks to the archival records of the Soviet times of KBIGI. The Circassian elder Nauryz Kenshchaue sang it on September 19.09.1972, XNUMX (ed. Archival records of KBIGI).

The plot tells about a lone horseman, a warrior defending his settlement. This is a valuable image in the Circassian culture, reflecting courage, devotion to the motherland and traditions.

R.: How did you work on the project?

BUT.: I am glad that professionals worked with me on this project, each in their own way. Since the words were sung in the old Circassian language, I needed help in understanding and pronunciation correctly. The text was reconstructed by a well-known expert on Circassian culture Dumanishev Auladin. He revealed the full depth, fullness of the meaning of the verses, while maintaining the correct pronunciation and traditional Circassian sound.

The work to restore the melody and preserve its authentic sound was carried out by the wonderful musician Zuber Euaz. And the musical mixing of the composition was also done masterfully, in the Moscow studio, by Oleg Chechik, thanks to his sound engineering, this piece acquired the necessary dynamics and density. During the vocal preparation for the recording, I was helped by the teacher Shao Marietta, who is also my mother

R.: We are sure that the audience will appreciate this work. Tell us how your creative path began?

BUT.: All childhood was devoted to classical music while studying at the F. Chopin College of Music with such masters as Maya Romanovskaya and Lyudmila Krasilnikova.

Then there was a long break after entering the University at the Faculty of Economics, but the music still outweighed and I passed the audition and was accepted as a soloist at the Academy of the Mariinsky Theater under the direction of Larisa Gergieva in the class of Grayr Khanedanyan.

R.: How did your classical education affect your work with ethnic projects?

BUT.: Of course, classical education has become the foundation, the core of my work. When performing songs, I technically adhere to the classical school, but placing authentic tones and accents.

R.: Based on your name, we can conclude that you are a repatriate. This is true?

BUT.: Not certainly in that way. My mother is a Circassian from Cherkessk, and my father is an Arab from Syria, Aleppo. I was born in Moscow, but have traveled a lot, lived in Europe, the Middle East, and Asia.

R.: In what direction do you plan to develop your creativity, what goals do you set?

BUT.: Currently, the goal of my work is to preserve and popularize the "Circassian Classical Song" with new approaches. And in this name I include not only the restoration and popularization of old songs and compositions, for me it is also the formation of the very manner, recognizable and classical style with archaic notes. I would like the ancient musical culture of our people to continue to live, develop and absorb modern possibilities of expression, but preserving the depth and essence for future generations.

I am currently working on a collection of authentic songs that I plan to call "Mamluk". The song "Babygu Zhanhuet" will also be included in it and will be the first, although it is the "youngest" in terms of the age of the planned songs. The authorship of the following singles, which are being prepared for release, dates back to the fifteenth and sixteenth centuries.

It is important for me to maintain a scientific approach, both in terms of interaction with specialists and in the processing of archival materials. In addition to the archives of Adygea, Kabardino-Balkaria and Karachay-Cherkessia, I use the archives of the diaspora, which have managed to preserve a large amount of historical and cultural heritage - these are Turkey, Jordan and Syria. It is important that specialists from different countries help me in this work.

In addition to the Mamluk project, we are planning different genres of stage culture. I will also develop in the traditional classics, for example, releasing ancient and operatic arias in Italian and other languages.

R.: Having worked with the ancient Circassian language, did you feel the difference between it and the modern language?

BUT.: Actually yes. Modern language is much simpler, it is direct. The old one retains a large amount of imagery. Those who speak it pronounce the manner of action, reflecting the colors of its essence, while in modern language it is mainly a fact, a direct indication.

R.: Summarizing our conversation, what is the main goal of your work? Who is it for?

BUT.: It is important for me to realize that all the work was done with a soul. Thank you for your attention and, I hope, our works will be to the hearts of respected listeners.