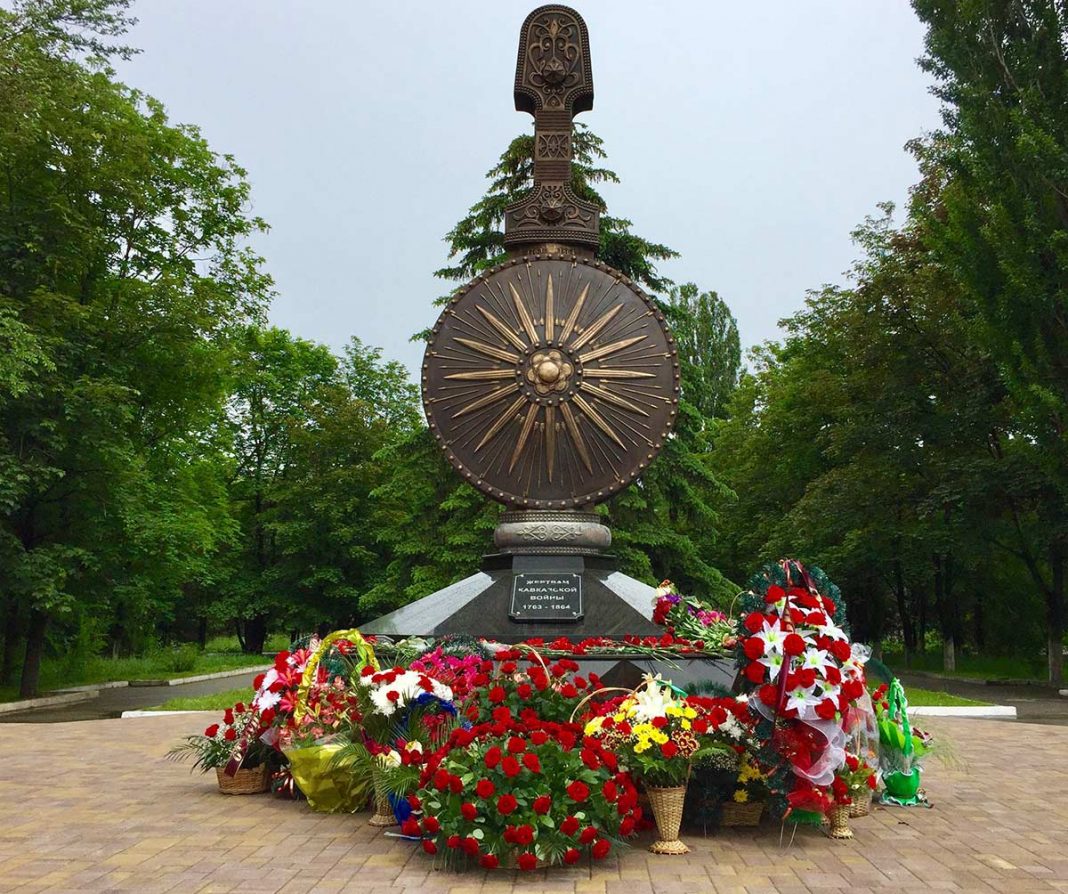 Adygei is the common name of a people that was previously divided into Kabardins, Adyghe and Circassians. Adygs lived in Kabardino-Balkaria, Karachay-Cherkessia, Adygea, Krasnodar and Stavropol Territories, as well as in North Ossetia. The total population of the Circassians throughout the Russian Federation in 2010 amounted to 718 727 people. And earlier, in 1992, the Supreme Council of the KBASSR declared May 21 - Day of Remembrance of the Victims of the Caucasian War.

Caucasian war, which claimed many victims

The Caucasian war lasted a long time: from 1763 to 1864. The result of these bloody years was the massive deportation of Circassians to the territory of the Ottoman Empire. Nine out of ten Circassians forcibly left their native places. Thus, a little more than 50 000 people remained in their homeland.

On May 21, 1864, this terrible war finally ended. In honor of the end of the Caucasian war in the town of Kbaade (now Krasnaya Polyana), a solemn parade was held in the upper Mzymta River and Russian rule was established throughout the Western Caucasus. Since that time, Circassians from around the world have traditionally celebrated this day with memorable events and processions, recalling their fellow countrymen and ancestors who died in the Caucasian War.

Nalchik hosted events to commemorate the victims of the Caucasian War

On May 21, 2018, events dedicated to the 154th anniversary of the end of the Caucasian War were held in the capital of Kabardino-Balkaria - Nalchik.

3 thousands of people took part in a memorial rally, among which, besides the residents of the city, were also attended by specially arrived compatriots from the United Arab Emirates, Jordan, Turkey, Israel and Syria.

The protesters walked along the central avenue to them. IN AND. Lenin. They followed the 170 riders in national costumes, who led the memorial procession. Hauti Sokhrokov, President of the International Circassian Association (ICA), asked all those present to always remember the historical past of their ancestors and try to live in peace and harmony with many other peoples of our country, providing a wonderful future for our children.

At noon, a minute of silence passed in memory of the victims of those bloody years. It was also attended by the Circassians of the Circassians, who arrived from abroad.

The president of the CBD, Yuri Kokov, delivered a memorable speech in which he urged all those present to recall and bow their heads before the memory of brave warriors.

Cherkessk also celebrated the 154 anniversary of the memory of the victims of the Caucasian War with a mourning procession and numerous rallies.

On May 21, on Monday, in the capital of Karachaev - Cherkessia - Cherkessk, a mourning procession and commemorative rallies were held in honor of the Day of Remembrance for the Victims of the Caucasian War. They were attended by city residents, representatives of the government of the republic, clergy and public organizations.

The head of the KCR - Rashid Temrezov, on his Instagram page, addressed the residents of the republic with a memorable speech: “Every year on May 21 we bow our heads to the memory of all those who died defending their homeland, who died in a foreign land. Today, living as a friendly family on the land of ancestors, in a common house, whose name is Russia, we understand the importance of mutual understanding and respect between peoples, we know the value of peace and harmony, together we strive for a common goal - the prosperity of our common Motherland. ”

At the rally, the Prime Minister of the Republic, Aslan Ozov, appealed to all those gathered to not forget those tragic years and draw lessons from the past so that such terrible clashes would never happen again in the future.

Leaders of national and public organizations of the Karachay-Cherkess Republic drew attention to the fact that the best memory of those killed in the Caucasian War would be constructive work for the good of their native land, securing a friendly union of nations, preserving cultural heritage, centuries-old established traditions and customs of their ancestors.

Photo in the top of the article: Monument to the victims of the Caucasian War in Cherkessk. Source: http://gorets-media.ru