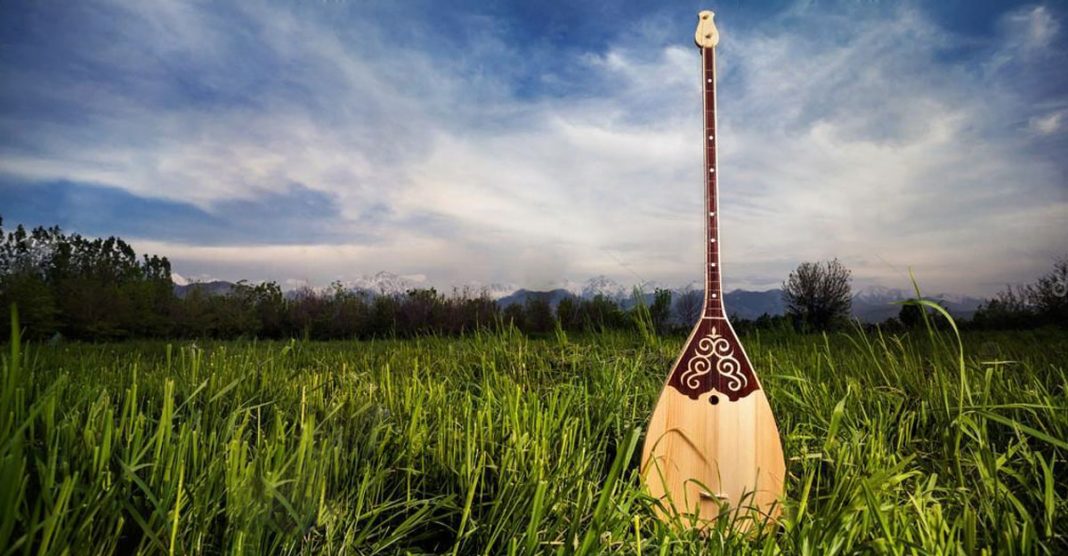 At the end of the last century, a rock drawing of the Neolithic period depicting four dancing people and a musical instrument was discovered in Kazakhstan high in the mountains. The drawing of an ancient artist depicted a pear-shaped instrument very similar to dombra (a two-string folk musical instrument of the Kazakhs and Nogai). It turns out that the prototype of the current dombra is more than 4000 years old and is one of the first plucked - the forerunner of modern musical instruments of this kind.

From the written monuments of the dombra and related instruments of other peoples on the Eurasian continent, it has been well known since ancient times.

So, for example, Saka nomadic tribes used two-stringed musical instruments similar to dombra, more than 2000 years ago. And during the excavations of Khorezm (an ancient region and a state centered on the lower reaches of the Amudarya River, now the territory of Uzbekistan and Turkmenistan), terracotta figurines were found depicting musicians playing plucked instruments. Scientists note that the Khorezm two-strings, which existed at least 2000 years ago, are similar to the dombra and were one of the common tools among the early nomads who lived in Kazakhstan.

Also, the mention of the dombra is found in the writings of the famous traveler Marco Polo: “This tool was present among the warriors of the Turkic nomads, who at that time in Russia were called Tatars. They sang and played on him before the battle, to achieve the appropriate attitude. "

Legends about the origin of dombra

There are several legends about the origin of dombra, here are the most interesting ones:

Juchi Khan was the eldest and beloved son of Genghis Khan and the father of Khan Baty. Hunting in the Kypchak steppes, Juchi Khan was brought down from his horse and torn to pieces by the leader of the herd of kulans. No one dared to inform the terrible Genghis Khan of the tragic death of his beloved son. A black messenger was awaiting a cruel execution. Genghis Khan promised to inform him about the death of his son to pour molten lead down the throat. Khan's nukers found a way out. They brought a simple dombrist named Ket-Bug to Genghis Khan’s headquarters and instructed him to voice the terrible news. Ket-Bug did not utter a word in front of the eyes of the formidable Khan. He just played his kyuy (music for the dombra) "Aksak kulan" (Lame kulan). The beautiful music of the great Zhyrau Ket-Bug conveyed to Khan the stern truth about barbaric cruelty and inglorious death. Angry Genghis Khan, remembering his threat, ordered the execution of the dombra. It is said that since then a hole remained on the top deck of the dombra - a trace of molten lead. The mausoleum of Juchi Khan is preserved on the banks of the ancient river Kara-Kengir in the Dzhezkazgan region.

Another legend about the origin of dombra says that in ancient times two giant brothers lived in Altai. The younger brother had a dombra, in which he loved to play. How to play, so idler about everything in the world forgets. The elder brother was arrogant and conceited. Once he wanted to become famous, for which he decided to build a bridge over a stormy and cold river. He began to collect stones, began to build a bridge. And the younger brother plays everything, yes it plays.
So the day passed, and the other, and the third. The younger brother is not in a hurry to help the elder; he only knows that he is playing his favorite instrument. The older brother got angry, snatched the younger dombra from it and, having had the strength, hit it on the rock. A magnificent instrument crashed, the melody was silenced, but an imprint remained on the stone.
Many years later. People found this imprint, began to make new dombras on it, and again the music began in the villages that were silent for a long time.

The modern history of dombra

So, in Russian culture there is a tool similar in shape - Domra, and the famous Russian balalaika, according to one of the theories, is considered to have originated from the dombra. In the Tajik culture there is a similar instrument - Dumrak, in the Turkmen culture - Dutar, Bash, Dumbyra, in the Uzbek, Bashkir and Nogai culture - Dumbyr, in the Azerbaijani and Turkish culture - Saz, in the Yakut culture - Tansyr. These instruments differ in the number (up to 3 strings), as well as in the material of the strings.

Modern dombra has a pear-shaped body and neck with 19 frets. Despite the fact that the instrument has only two strings, its musical range is two full octaves (from D of the minor octave to D of the second octave). The instrument usually has a quart or quinte scale. Traditionally, the strings used on the dombra were gangue, made from sheep or goat intestines. But the most suitable sound was ordinary fishing line. As a result, today we have the only, widespread type of dombra of standard form with strings of fishing line.

Dombra was widely adopted as an accompanying, solo, as well as the main instrument in the Kazakh and Nogai music. The instrument has recently undergone significant changes: dombra orchestral variations have appeared, the volume has increased, the range of sound has increased - dombras of high and low registers have appeared. The instrument, because of its unusual timbre and bright ethnic expression, is often used in modern popular music.

The unique work of Islam Satyrov

One of the artists who actively use dombra and other national instruments in their work, which I would like to talk about today, is Islam Satyrov (Islam Satyrov). Received a musical education in the Astrakhan Music School. M.P. Mussorgsky, he, nevertheless, did not forget the slander of his adolescence, and as a musician who lives today, creates an absolutely unique material that continues the traditions of the Nogai people, bringing to the masses the culture and musical heritage of their homeland.

In the music of this talented person, who performed from the first to the last all parts in the album, called “Zaman”, which in translation into Russian means “time”, modern trends with ethnic motifs are closely intertwined.

The songs of the disc are a reflection of what each of us encounters during our life - love, affection, family ties, national pride. From the first to the last note, the recording was performed by the musician himself using rare acoustic instruments to give new life to the old melodies and rhythms of his people.

Listen to the dombra of Islam Satyrov

Photo in the top from the site BNews.kz 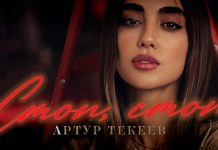 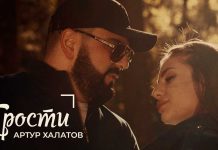 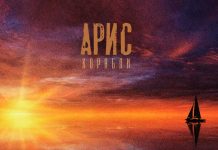 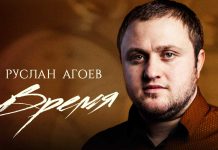