Musical instruments of the peoples of the Caucasus. Caucasian drum and Caucasian accordion. 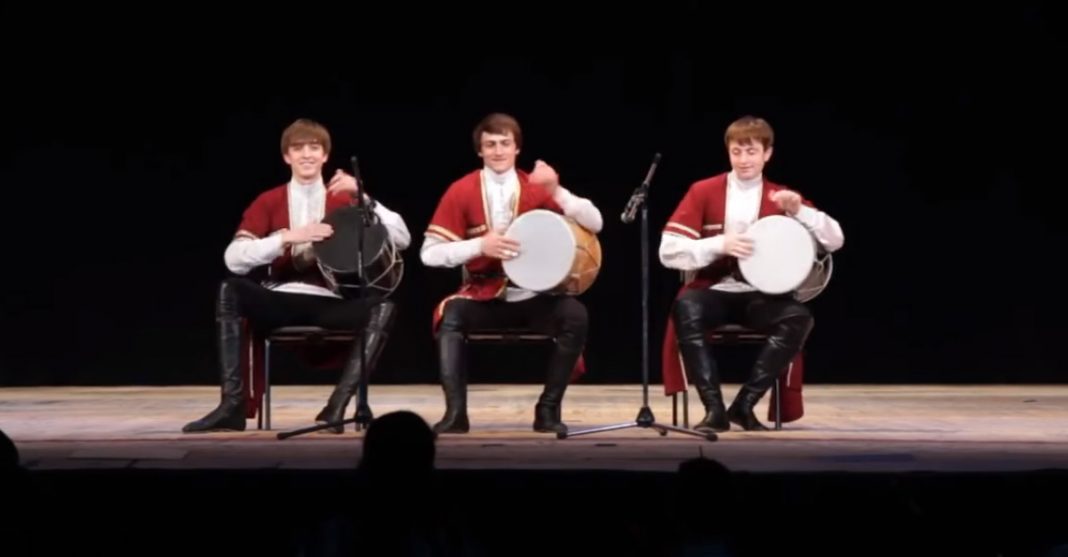 Amina Magomedova presented a new track "I'm not yours"

The drum is known throughout the world and is universally the most popular percussion instrument played on any solemn occasion and without it.

Any Caucasian wedding, concert, dance number under a lezginka, also do not do without a drum, but in this case, their own, folk. In the Caucasus, there are many names for this instrument - dole, lobes, nagara, dhol, watch, but all of them are structurally similar and play all using the same technique.

It is believed that the first drums in the Caucasus appeared about 2000-3000 years before our era and were made of walnut wood. Walnut wood is generally considered musical and timbre-pleasing when playing percussion instruments made from it. In addition to walnut, linden or mulberry can be used as material for the hull. The drums were used initially for military signal purposes. Today, the range of use of the Caucasian drum is quite wide.

One of the most common models of the national Caucasian drum is called dole.

The drum has a network of intertwined ropes that tighten the upper and lower membranes to each other. The ropes on the drum are very strong (usually from hemp fiber), the membranes are tight. Masters prefer to use in the manufacture of doule only natural materials, they are safer and more stable in time.

For the drum body, made according to the traditional method, usually a whole piece of dried wood is taken, which is hollowed out and sanded. For external ornamentation, many different decorations, patterns, even gold and precious stones are used. Only the membranes and resonator holes remain unadorned. Today, less and less doulas are made from a single piece of wood, since this is a rather expensive business, and besides, wood is less pliable and capricious than artificial materials. Therefore, plywood, which is used in aircraft construction, has become a popular modern material for the drum body. This plywood is lightweight and flexible. Leather is pulled over both open sides of the drum body. In modern drums, instead of leather, plastic is increasingly used, as it requires less maintenance and is not sensitive to changes in the external environment. Two more structural parts of the drum are metal rims and screws fixing them. Ropes can be used instead of screws.

Caucasians have their own peculiarity of doula. The drum is placed between the knees or on the thigh and adheres to the hand. They play the instrument with their fingers or palms. But sometimes with chopsticks. Depending on the strength and place of impact, the timbre and volume of the drum changes. The technique of playing doula and similar drums for all Caucasians is the same.

It is worth noting that in past centuries, on the Caucasian drums, they also played with special sticks - the combal (chomah, dug tchipot). It is interesting that these sticks were of different thickness and length, and were carved out of different wood species. This was done in order to be able to extract more sounds of a different character from the instrument. And for the inhabitants of the Caucasus, this sound is akin to a divine one, which forces one to dance or even cry. And each musician can convey through this seemingly simple instrument, his emotions and his voice, and not just drumming.

The name of the inventor of the manual harmonica has not come down to us. But at some point, a method was invented to make the sound inside the instrument move not only with the help of pipes (the first instrument operating on this principle was called an organ). Scant historical information speaks of the German and Czech origin of the accordion, and the appearance of the chromatic harmonica speaks of its Russian progenitor Nikolai Beloborodov. Like Russians, Caucasians consider accordion to be their national musical instrument.

Caucasian harmonica (kehat-pondar) is the most common musical instrument in the North Caucasus, widely known from the last decade of the XIX century. Its appearance and rapid spread in the region became the starting point for the emergence of new performing technologies.

There are three main types of harmonics: Caucasian harmonics with 12, 16 and 18 keys on the right keyboard; harmonica with 18 and more keys (otherwise called “bukhkhara”) and “buzika” - a single-row harmonica. Compared with the Russian accordion and various types of Russian harmonica, the Caucasian national models are distinguished by a peculiar, vibrating and harsh forced sound.

Harmony is the queen of the holiday. She, like the Caucasian drum, is attributed to the most important historical and cultural role. And not only. “Even if we all die to one person, let this accordion remain forever, and whoever plays it and remembers us will be our brother” - a quote from the Nart epic. So the heroes - the sledges, betraying the accordion to each other at the table, immortalized it in the history of the Caucasus as a precious eternal symbol of their solidarity and friendship.

Musical Instruments of the Peoples of the Caucasus