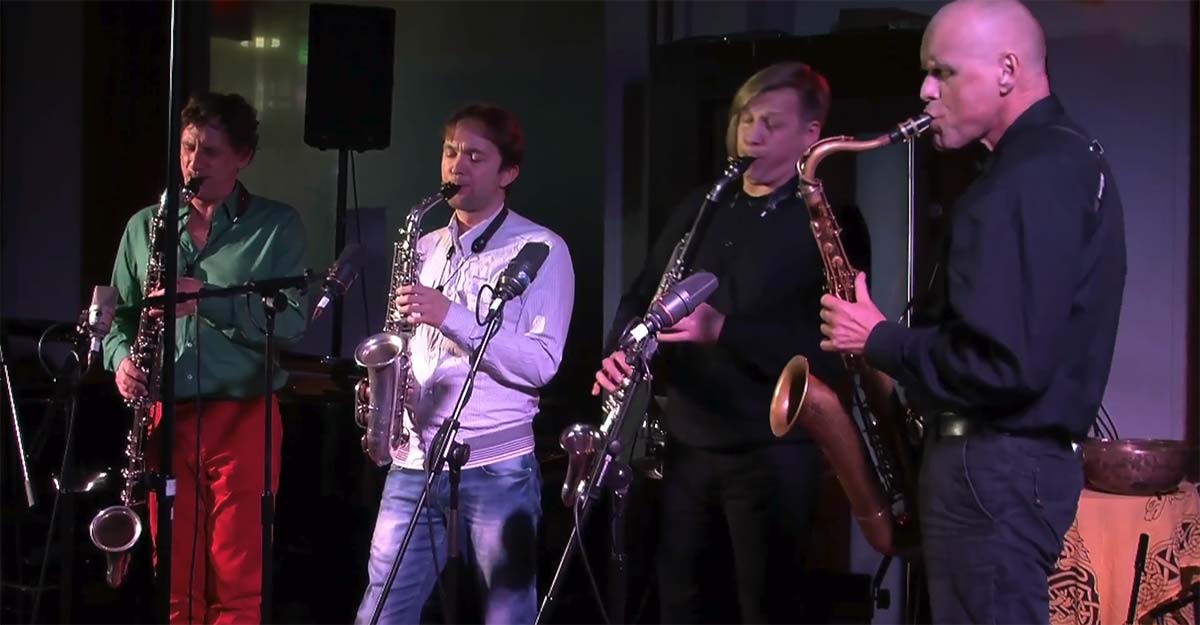 Modern Russian improvisational music is permeated with Moscow vibe, echoes of folklore and ... Hungary. In any case, our new albums so rhyme - the more random, the more true.

In Russian improvisational music, everything is fine, except for the recordings. No, all sorts of jam on the camera / phone - in bulk. But with the official bad. This is, frankly, an ambush: renting a studio costs so much that it will not pay off in any way with disc sales. That is, for Russian jazzmen, the album on “physics” is a direct application, and a serious one!

There is such a wonderful label in Moscow - Fancy Music. Fancy is a good word. Meaningful. “Confused", for example. He produces these complicated styles, from modern composition to avant-garde jazz, which no longer looks like jazz.

Moscow saxophonist Alexey Kruglov records several albums a year in different compositions. Includes Leo Records, a cult for fries / avant-garde (and, by the way, the organizer of the festival of artists of this label in Russia). For Fancy Music, Kruglov is an ideal client; The label has already released several of his albums, including BACH, where the works of Johann Sebastian Bach are somehow very unusually reinterpreted, and you won’t understand exactly how. How can strict bach be turned into almost that fries? But you can!

But Kruglov's album with Berliner Gebhard Ullman is already such a french by the rules, even if it sounds like an oxymoron. Two saxophonists play loose improvisations across each other. Duel saxophones. Overtones and multiphonics. Masters! And yes, in this noise, rustle and vibe - the sensations of Moscow and Berlin, two restless capitals.

Moscow in the place of deployment, but completely international in everything - a drummer collective named Vladimir Glushko, nicknamed Big. This man can always be seen in the Dom club: he either plays, or listens, or lends his drum kit to visiting celebrities. A very cool drummer himself - clear, creative and, so to speak, intelligent. An interesting trumpeter / film composer Anton Silaev also plays with him on this album. And - Hungarian Lerints Barabash.

There is such a stamp for good-progressive music: it is not a shame to listen to it at the western festival. Bigateque is not ashamed to listen to us, which is much more significant. Since we started talking about cities, the music of the album exactly coincides with the Moscow vibe. In the subway and the car is comfortable to listen. She - about today, yes. But all the same - echoes of Tarasov / Chekasin and even folklore. Apparently, it's just DNA!

The ninth discography of “Failure” and the first studio album in seven years, which is attributed either to Russian rock, or to the cosmopolitan avant-garde, but somehow it does not want to relate to anything. More precisely, to nothing settled; each VO album is an attempt to come up with some kind of its own music, half-jokingly, half-seriously, then playing it out, improvising it in such a way as to create a feeling of wonderful chaos. The album begins with the bravura march “What if!”; continues with a mixture of free-jazz phrases with romantic motifs - yes, this is impossible to imagine, but it is. There is nothing to say about the musicians of “Refusal”: the trick is that it is actually a supergroup of established personalities. Andrey Solovyov - Russian Lester Bowie, if you will. Dmitry Shumilov's pensive bass guitar contrasts with the austin minimalist passages of the returning pianist Maxim Trefan (Pavel Karmanov is also present in two tracks).

“The infantry in the trenches” begins with Sergei Ryzhenko’s sore violin, playing some vaguely familiar song, interrupted by sharp drums and then slipping into just a cacophony. In general, this is a very pictorial, visual music - I would not be surprised if the Roman Suslov associates composed all this while watching some silent films about the war. About “Military couplets” was known for a long time - even new songs were played in a “pressure cooker”, i.e. Home music - but it was impossible to imagine that "VO" will create the most pacifist work that you can think of.

Now it will become clear how badly we have with officially released jazz albums, because we will end the review with the release of the same Fancy Music. Album of the trio "The Second Approach", oddly enough, rhymes with the creation of "Polite refusal." Also such a motley postmodern about everything. The “second approach” - a group that is firmly present in the domestic (and European) context of improvisational music for two decades - is pianist Andrei Razin, bassist Igor Ivanushkin, singer Tatyana Komova. At the same time, they somehow stand apart: this is not ethno-jazz, and not avant-garde ... and a completely European group in spirit. This album is inspired by the atmosphere of the Hungarian village and fortress called Rezar. As written in Liner notes, there are no “typical Hungarian intonations, and we were not going to play something of that kind,“ Magyar ”. It is important for us that the spirit of this music is undoubtedly born from an inspired place. ”

"Betyár Csárda" - moderate avant-garde, noisy-funny. In “Fairy Tale”, echoes of folklore are heard, as in the meditative “Petőfi Waltz”, which should evoke “associations with the freedom-loving lyrics of Shandor Petefi,” according to Razin. And “Paprika Blues” very effectively begins with the Ivanushkin double bass with its characteristic round solid sound, with the pull that swings the portable. The video is not exhibited from the album, but - characteristic.

The film by Sultan Khazhiroko "Come in large numbers" is released