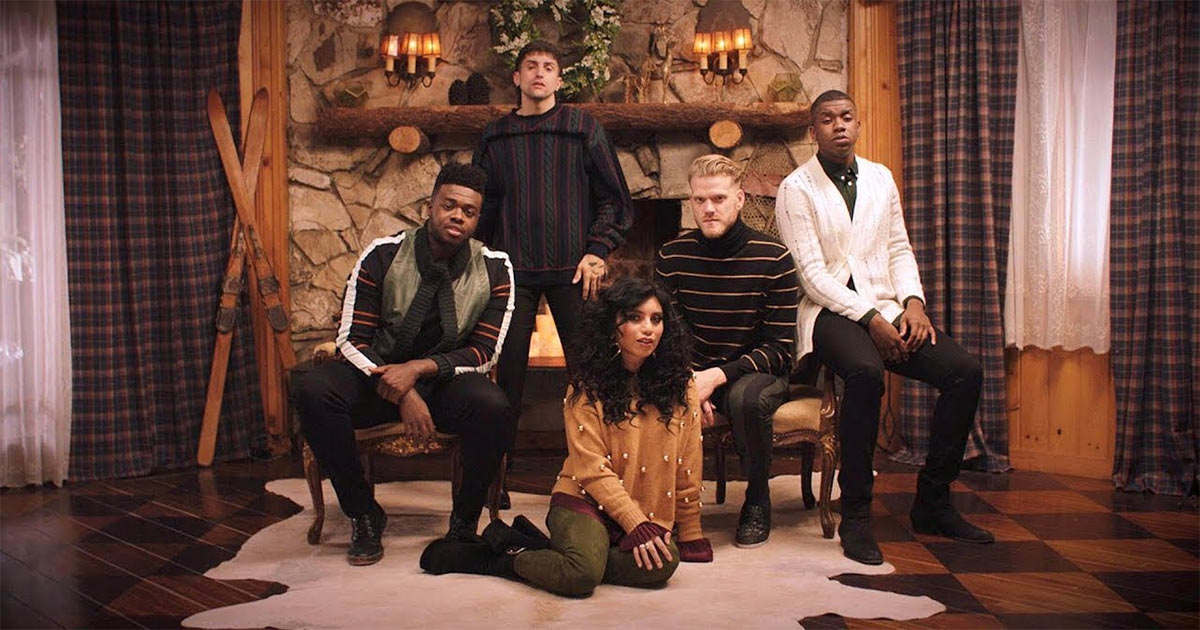 This is the third collection aimed at the distant Christmas, which appeared this week: a little earlier we wrote about the album Lindsey Stirling "Warmer In The Winter", and just now - about the plate Jonah Legendary "A Legendary Christmas". Well, before the New Year holidays, including Christmas, there is not much time left, and the desire of performers to please fans in advance is understandable. In addition, listening to a cappella is very nice anyway.

On the sixth track of the album "Christmas Is Here!" under the name "Sweater Weather", an official video appeared less than a day ago. The video was published on the PTXofficial channel on October 26, 2018.

It should be noted that the most popular video clip of the collective today is the work called "Hallelujah". We wrote about this in the material "Pentatonix. The new album “PTX Presents: Top Pop, Vol. I "and not only" in April 2018. Therefore, we offer you to watch the group's second most popular video for the song "Daft Punk" from the album "PTX" in 2014, which gained almost a third of a billion views.