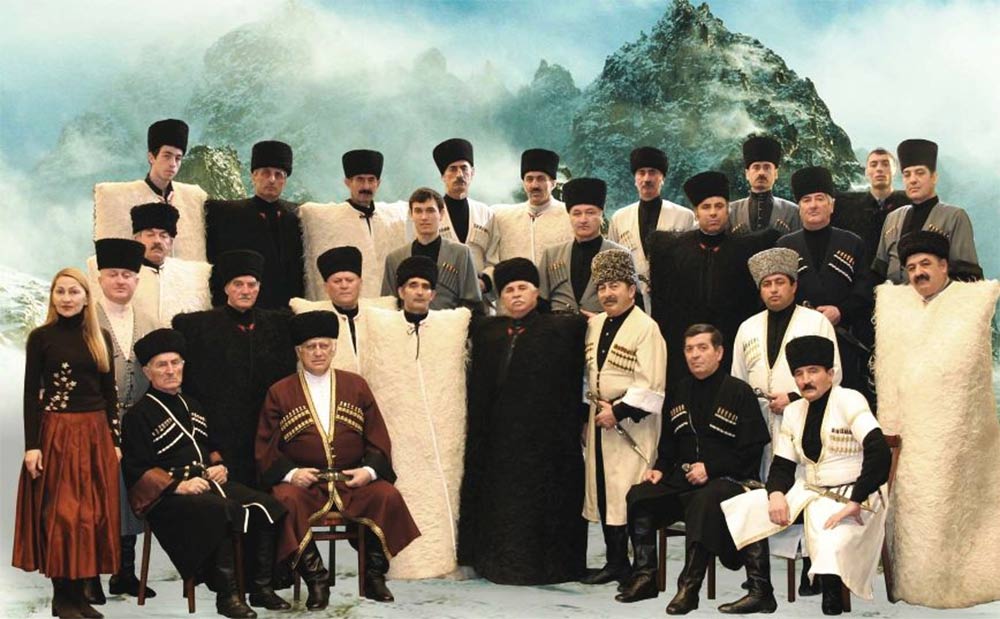 Story. Folk narrators of the Caucasus

One of the few sources of the culture of the Caucasus is folklore. He is credited with particular importance in the process of communication of national ethno-cultures of the region, in particular - folklore and song. There have long been the carriers and distributors of folklore were folklore narrators (in other cultures: bards, troubadours, minstrels).

The Vainakhs of the traveling singers were called "illanchi", Ossetians - "kadæggænæg", the Balkars - "halkzherchi", and the Circassians - "dzheguako". It can also be noted that, in the form of creativity, folk storytellers were close to Russian buffoons and French jugglers. Their skills harmoniously combined the skills of singers, creators and performers, circus and storytellers, etiquette guardians and show organizers.

The narta epic was the source of the narrators' creative work; they drew from it the images of the characters of their songs, the techniques of poetic creativity and the tradition of writing. Such qualities of heroes as courage, strength, greatness of spirit and beauty of the feat become the leitmotif of many scenes of the narrators' songs. Moreover, their performances were original literary - musical suites, because after the performance of the song, the narrator had to tell a story telling about a person or an event to which the song was dedicated.

In the absence of writing, such a living historical memory was of great importance in the cultural life of the Caucasian population. In fact, we are talking about a kind of information technology of the inhabitants of the region at that time, some way of organizing and transferring information from generation to generation, through collective efforts and collective memory.

Unfortunately, the names of many narrators, as well as thousands of folk singers, have not survived to this day. In each village and village lived their “stars”, they inspired and entertained their fellow countrymen, were the spokesmen of their thoughts and aspirations. About the singers from the people composed legends who lived for centuries.

Thanks to M.Yu. Lermontov and his poem Ishmael-Bay, all of Russia learned about them:

Around the fire, listening to the singer,
The youth was crowded away,
And old men are gray in a row
They stand with dumb attention.
On a gray stone, unarmed,
An unknown alien sits, -
He doesn’t need a war dress,
He is proud and poor, he is a singer!
Child of the steppes, darling of the sky,
Without gold, he, but not without bread.
Here begins: three strings
Already zabrenchali under the hand.
And alive, with wild simplicity
He sang songs of antiquity.

Over time, the historical and heroic content of the folk song of the Caucasus becomes for the listeners a symbol and a starting point for emotional experiences in evaluating real historical events. This applied to almost all the peoples inhabiting the region.

The general perception of song folklore did not exclude the preservation of local song traditions. It is also worth noting that among the Caucasians, religious genres such as zikr and nazm were also popular.

From history to the present of the Caucasus region

The culture of the region experienced three large-scale historical epochs of painful transformations connected with the historical imperial reform of 60-70 of the 19 century, the building of socialism in the Soviet era and democratic modernization from the 90 of the last century.

The song culture of the Caucasus suffered especially noticeable changes in the period after the Great Patriotic War, when the nations united by a common struggle and a great victory created close creative ties in the genre of patriotic Soviet and pop songs. Until that time (20-30-e), the socio-cultural specificity of local communities was completely ignored.

On the other hand, almost the entire second half of the last century can be called the epoch of national cultural flourishing. Democratic reforms and complex national-political relations between countries and entities in recent decades have not in the best way influenced the region's song culture.

But it is important that the culture of the Caucasus is alive and developing according to laws independent of external circumstances. The region is proud of its stars and carefully preserves the pearls of its rich song heritage.

Singers of the Caucasus in the publishing house “Zvuk-M”

Musical publishing house “Zvuk-M” (LLC “Zvuk-M”) is the largest in the North Caucasus and southern Russia, owns the rights to more than 10000 copyright objects in the field of audio and audiovisual content.

According to the volume of the catalog of performers and works, the traffic of broadcasts, sales and concert activities, as well as genre diversity, the publishing house is among the ten leaders of this market segment in Russia according to the results of more than 15-year activity.

Noting the steady increase in interest in the music of the Caucasus both in the Russian Federation and other countries, Zvuk-M LLC seeks to further improve the image of the North Caucasus and its nationalities by consistently expanding the geography of national content, increasing the number and quality of channels for its distribution .

The photo in the top of the article: Male Choir of the North Ossetian State Philharmonic. Photos from http://ossetians.com

Singers of the Caucasus

The singers of the Caucasus. Vakhtang Kikabidze