The singers of the Caucasus. Vakhtang Kikabidze 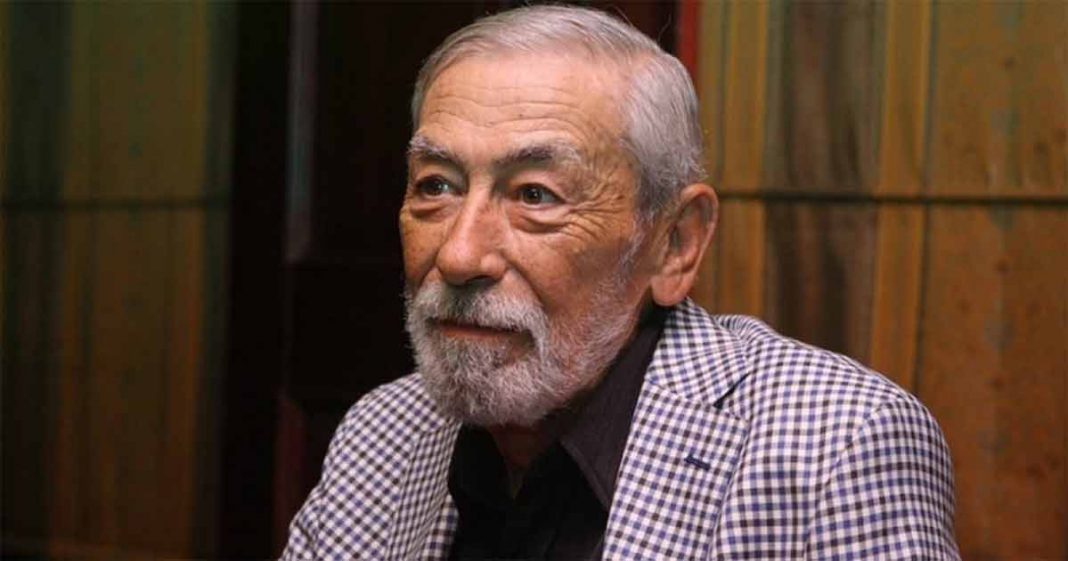 Vakhtang Konstantinovich Kikabidze is a popular actor, singer and musician, originally from Tbilisi, where he was born 19 July 1938 of the year. He graduated from school, Tbilisi University and Tbilisi Institute of Foreign Languages.

Vakhtang Kikabidze entered the world of music in early childhood - his mother was a professional singer, and the young Vakhtang regularly visited various concerts, performances and rehearsals. But in the early years he was drawn more to fine art, so he painted landscapes, portraits and still lifes literally on everything that came to hand. In high school, Vakhtang Kikabidze began to sing on stage. Working in a school vocal and instrumental ensemble, he played drums and sang. He studied poorly, often stayed in his second year, which was a consequence of his fanaticism in his love of music and his only subject — mathematics.

Studying at the University and the Institute of Foreign Languages, he developed his musical abilities almost to a professional level. The year 1966 was turning and significant in the fate of Vakhtang Kikabidze. Then he organized his first professional ensemble “Orera” and made his debut as an actor in the film “Meeting in the Mountains”. The acting and parallel musical career of Vakhtang Kikabidze went up. Already in 1969, he was removed from G. Danelia in the film "Do not Cry!" and won the Best Actor Award at the Cartagen International Film Festival in 1970. The next acting success of Vakhtang Kikabidze was the film “Melodies of the Veria Quarter” directed by G. Shengelaya in 1973, then the iconic painting by George Danelia “Mimino”, awarded the USSR State Prize in 1978.

In subsequent years, the most significant works of the actor were the films “I, the investigator ...”, “The Missing Expedition”, “TASS is authorized to report” and the picture of George Danelia “Absolutely Missing”. In a new quality for himself as a film director, Vakhtang Kikabidze successfully announced his all-round talent with the films “Be healthy, dear” and “Men and everyone else”. As an actor, the great Georgian master starred in more than twenty films. Of the last works of Vakhtang Kikabidze, shot already in the late twentieth - early twenty-first century, the films “Fortune”, “Love with an Accent”, as well as the animated film “Ku! Kin-dza-dza ”, on the creation of which the actor worked as a dubbing artist.

Vakhtang Kikabidze’s career as a singer and musician was successful. Orera in the seventies collected full stadiums. As a solo artist, the singer became widely popular due to the performance of songs that became popular hits: “Cheto Gvrito”, “My Years are My Wealth” and others. The singer constantly tours, traveled with concerts many countries and continents.

A great contribution to the development of Georgian and Soviet cinema, to musical art, brought the actor and singer many significant awards. So, in 1980, Vakhtang Kikabidze received the title of People’s Artist of Georgia, then the Order of Honor, the Order of Victory named after St. George, and recently - the title of Honored Artist of Ukraine. Honorary Citizen of Tbilisi (1998).

In Moscow, on Star Square in 1999, his star was laid, and in 2006, the Georgian Star by Vakhtang Kikabidze was laid on the square in front of the Tbilisi Philharmonic. The artist is also a holder of the Orders of the International Order of St. Nicholas and the International Order of Constantine the Great. Vakhtang Kikabidze refused the Russian Order of Friendship due to his personal attitude to the military conflict between Russia and Georgia, which happened in 2008. In recent years, the artist has been writing a book of memoirs and leads a quiet measured life. As well as half a century ago, his songs are beloved by millions of listeners, and his acting work has become a real classic of world cinema.

Reception of applications is open! If you are a talented person who cannot imagine his life without art, you are already 18 years old, and you were born or live on ...
Learn more
Musical culture of the peoples of the North Caucasus

Chechen traditional musical culture, like any other national culture, is universal. This culture was and exists thanks to the diverse links with the culture of the neighboring regions ....
Learn more
Music history

Trash Metal or Trash Metal. "Hollowing" metal The origins of thrash Thrash metal or thrash (although the abbreviated word "thrash" refers to more subculture than music) appeared as a historical and logical development of the core direction of rock music ...
Learn more