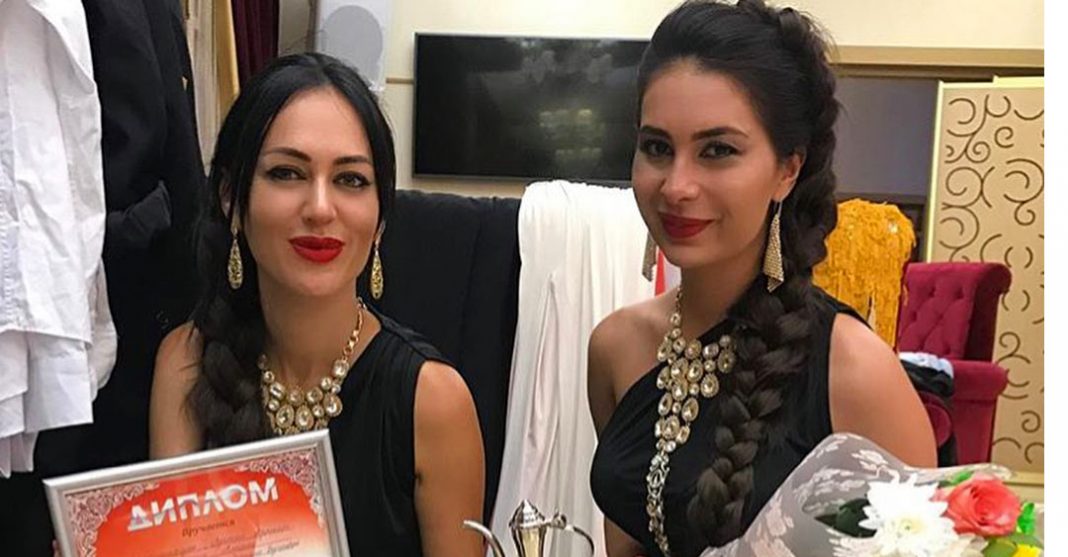 In this competition annually compete for the title of the best talented creative people from different republics of the North Caucasus.

The winners of SMS voting are determined, according to the results of which the artists are solemnly presented with the Silver Jug award for their contribution to the development of the region’s ethnic culture.

Artists of the music publishing house “Zvuk-M” also took part in this event and won more than one victory ...

“It was unexpected and very pleasant! We are glad that our creativity is appreciated not only in our native Ossetia, but also throughout the Caucasus, ”Ruslana comments.

Yesterday in Kaspiysk, @kinoteatr_moskow hosted the annual Silver Jug # 2018 award ceremony. Thanks to all those who voted for us with @ zarina.bugaeva ♥ ️ We won the nomination “Best Artist of the Republic of North Ossetia-Alania” It was unexpected and very pleasant! ☺️We are glad that our work is appreciated not only in our native Ossetia, but throughout the Caucasus. # love you # eat for you # thank you all # silver jug ​​# Caucasus # award # duet @kamil_magomedovmma @art_narciss

When you want to betray your dream, force yourself to work another day, week, month and another year. You will be amazed at what will happen if you do not give up! (Nick Vujcic) # perasperaadastra # silver cup # little win # duet # caucas # verenthe dream

In the nomination "The best artist of Kabardino-Balkaria" the winner was recognized Azamat Bekov... “Thanks to all the organizers and guests of the festival for the bright enchanting show that united many favorites of the Caucasian public on one stage,” the artist said.

Victory in the nomination "Best Artist from Kabardino-Balkaria" at the 4-th annual Caucasian Music Award "Silver Jug", which was held this year in Kaspiysk, Dagestan. Thanks to all the organizers and guests of the festival, for a bright enchanting show that brought together many of the favorites of the Caucasus public on the same stage.

Singer Marina Alieva was recognized as the “Favorite of the Lezgin People”.

Yesterday at the Silver Jug Prize my ♥ ️ received an award in the nomination “Favorite of the Lezghin People”. I want to note that this is also your merit, because you did not remain indifferent and voted Thank you @art_narciss for such a level #dagestan #serebryanykuvshin #marinaalieva

"Best Artist of the North Caucasus" was named Magomed Alikperov.

Yesterday they presented the award to the best artist of the North Caucasus, thank you all for your support. #Silver quake # Artnarcis # Award # Magomedicals-artists # This is the Winning Winner

Charming Zarina Tilidze won the nomination "Face from the Screen, a Recognized Artist of the Caucasus":

“I want to thank everyone who voted for me for your love and recognition! This is our common victory. Thanks to the organizers of the award for the large-scale show held, for the development and strengthening of the interethnic culture of the whole Caucasus. Thanks to all my colleagues for participating! ”

Hello everyone, my friends ❤️Morning today is especially good☀️☺️) Yesterday the main, Caucasian, music award "SILVER JUG" took place ☺️Where I became the winner in the nomination "FACE FROM THE SCREEN, RECOGNIZED ARTIST OF THE CAUCASUS" I want to thank everyone who voted for me, for your love and recognition) This is our common victory ❤️ Thanks to the organizers of the @art_narciss award for the large-scale Show, for the development and strengthening of the interethnic Culture of the entire Caucasus) Thanks to all my colleagues, for participation) All the best

Popular singer and songwriter Amirina received an award for winning the nomination "Best Artist of the Karachay-Cherkess Republic".

With such results for the stars of the publishing house, the first tour in Kaspiysk ended. Now the winners of this tour will perform at the Gala concert, which will be held in Moscow on October 14.

Zarina Tilidze became an Honored Artist of the Republic of Ingushetia!