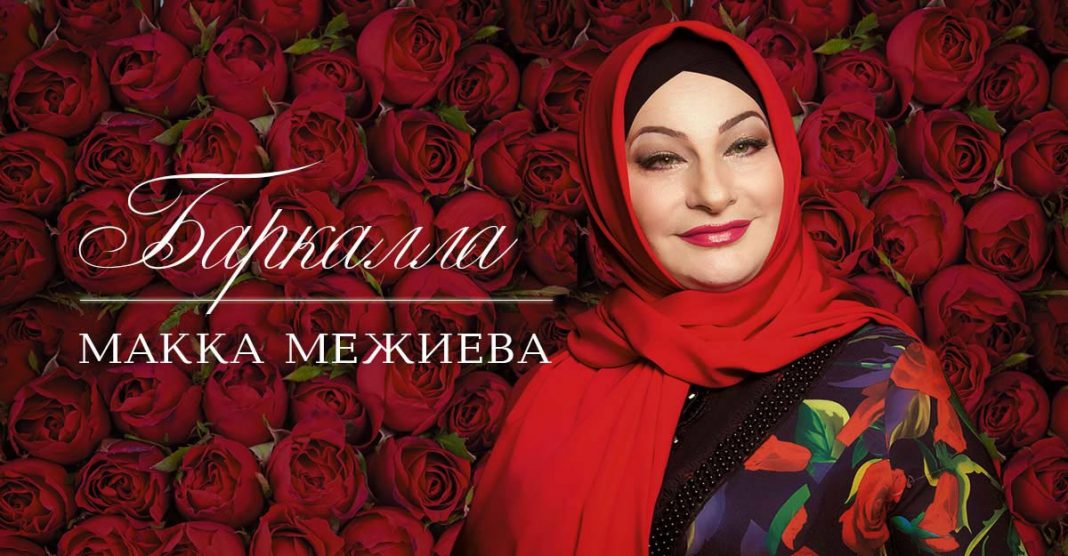 More recently, the album of the honored artist of the Chechen Republic, Mackey Mezhieva, was released "San Siylah Daymohk"and now the singer is already presenting her new album “Barkalla” to the public!

It includes 19 tracks in the Chechen language, among which are the favorite songs of the listeners: “Shyla Mokh” (“Cold Wind”), “Bovkha Bezam” (“Hot Love”), “Nokhchyn H1ala” (“Grozny City”) and many others !

The name of the album, which in translation from the Chechen language means “Thank you,” was chosen by the song of the same name by McKee “Barkalla” and reflects her feelings towards her Motherland, close people and her fans.

“Barkalla” is part of a grandiose musical project, consisting of a series of albums by the singer, which she will release in the near future under the patronage of the music publishing house “Zvuk-M”. So stay tuned for updates and do not miss the release of the next news!

Mackey Mezhieva's album is already available on all major music services, including: iTunes, Google play, Apple music, Beeline Music, Yandex.Music, as well as in the BOOM application (for users of social networks Vkontakte and Odnoklassniki).

Today a musical novelty from the honored artist of the Chechen Republic Makka Mezhieva was released - the song “Ekhar yu Te”, released with the support of the music publishing house “Zvuk-M” ...
Learn more
Premieres

The song “Genara Dotta1iy” by Makka Mezhiyeva, which means “Distant Friends” in translation from Chechen, is an incendiary lezginka that will not leave indifferent the lovers of Caucasian ...
Learn more
Premieres