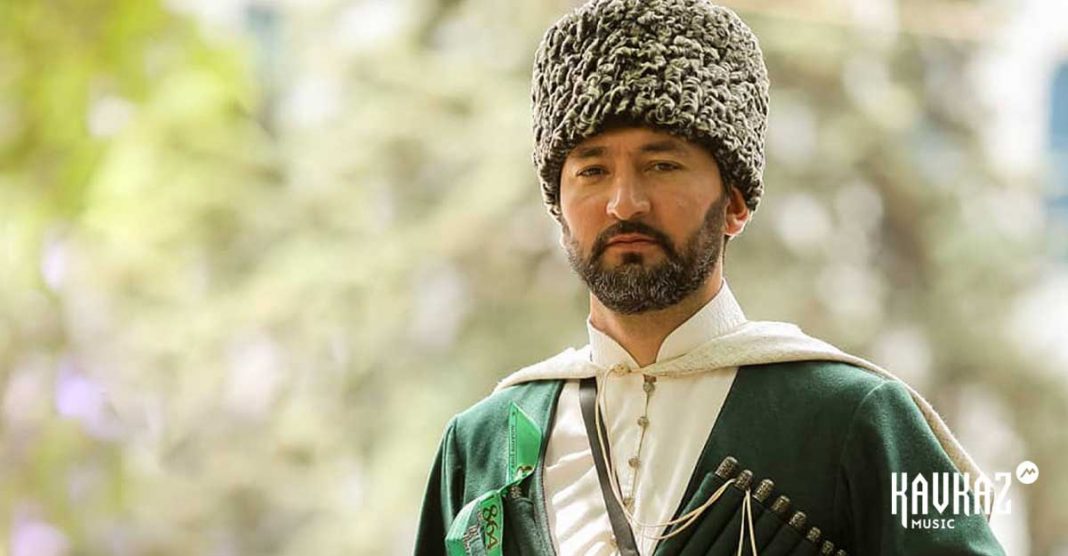 EP released today Rezuana Maremukova @rezuan_maremukov - “Adygea”, which included 6 tracks in Russian and Kabardian languages. As the performer commented, this project combines not only the melodies and verses of the compositions collected in it, but also the history of their creation.

“Adygei is not just a word, but a character and etiquette, laid down in these people for centuries. The rich culture, strong spirit, greatness and wisdom of this people unites not only the Circassians themselves, but also all the peoples of the great North Caucasus and our vast vast homeland.
The song “Si Duni” I first performed at the evening in memory of the respected songwriter and composer Vladimir Ivanov. His wonderful son, my good friend Betal Ivanov, wrote music to his so delicate and piercing poems. He put his soul in not only with his harmony, but also with his virtuoso playing of the Adyghe folk instruments. Of course, every day the music and style of new compositions is changing, but the color that these folk instruments serve has always stood out with the creativity and culture of the Circassians.
The composition “Adygea” has a very interesting and life story: the words of this song were written by the Ingush guy. Once he was riding a train and suddenly he had an attack. Two guys who were nearby, without hesitation, rushed to him and provided first aid. Later, the hero, having regained consciousness, found out that these guys are Circassians. “After a while, one day a muse came to me, and I wrote these verses,” he says.
The composition “Cafe” (“Ancient dance” - translation from the Kabardian language) was written a very long time ago (to the words of Boris Gedgafov and the music of Vladimir Baragunov) and has a rather touching history for me. I performed it for the first time at a charity concert dedicated to children with cancer, organized by the charity fund “Above the Rainbow”, with little cute girl Radima Azhagoeva. Then she was only 10 years old. From the first day I met her, I loved her very much, and she entered my heart forever. The first time we sang and performed on the big stage more than once, and besides, our number, I’m not ashamed of this word, was the most magnificent. And all this thanks to her perseverance, endurance and noble soul, which are inherent in the Circassian woman - Adyghe girl.
This ancient composition illuminates the whole history of the Adyghe dance and tells that the Circassian soul is embedded in it. Dance unites everyone, like the older generation and the younger.
Though the words of the song “Kaeberdey” (“Kabarda” - translation from the Kabardian language) were written by me, the muse came to me from friends. My friend from the dance group brought me a touring disc from Georgia with incendiary Georgian songs and dances. As you understand, it’s not just that Georgian notes sound in this song, and the color is felt. The melody that sounded in my head, poems were written after I got into a big accident in 2003. The song proudly praises the beauty of the nature of my picturesque homeland. After the composition was released, I performed it at a Georgian wedding, after which their elder stood up and said these words: “Respecting and honoring the culture and traditions of different nations, we only make ourselves stronger, and this binds us with strong brotherly ties.”
The song “Kafe” (“Dance, dance” - translation from the Kabardian language) was written by Timur Losanov, it has a very interesting story. The first time I personally came across this talented person at a recording studio in 2003, when I was young, when I thought that everything was easy and simple, he gave me very practical advice that helped me to be persistent in the future. A few years later we became close friends and he gave me this wonderful song, which personifies a beautiful Adyghe folk dance and shows that the art of dance plays an important role in Adyghe etiquette, and how to dance. For the first time, its performance took place at a recital of Timur Losanov himself. To this day, both the older and younger generation sing along with me because the song, created and performed sincerely and from the heart, conveys the same warmth and energy.
I would like to wish all my listeners a brotherly heart, good health and a peaceful sky above my head! Everyone enjoy listening, love and respect! ” - says the performer.

A beautiful dance composition in Kabardian language was presented today by Azamat Zakuraev @azamat_zakuraev. The song “Sea Lagooner Zihueplaschle” (“My Happiness”) refers to the recognition of the groom in love ...
Learn more
New music publishing