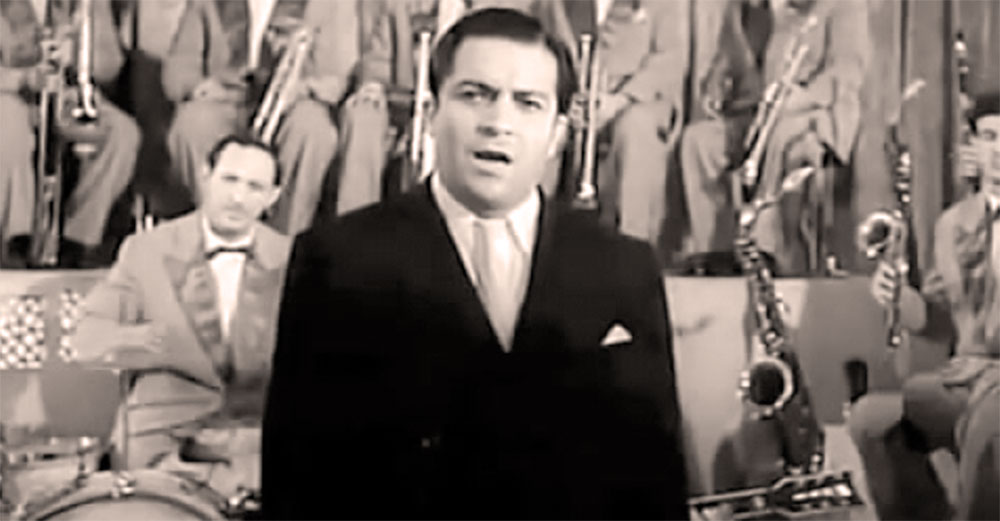 This is a story about an outstanding Caucasian opera and folk artist and musician of the twentieth century. Compared in terms of popularity with him among immigrants from the Caucasus can only Muslim Magomayev.

A special tenor - the altino of Rashid Behbutov, of the widest range, pleasant timbre, ideally set and having a guttural manner of sound reproduction, conquered millions of people not only within the Caucasian region. The singer's accentless command of the Russian language was pleasantly surprised, which only increased the number of his fans in the republics of the Soviet Union. One cannot fail to note the bright, joyful, sometimes sentimental, but quite typical for the Caucasus, manner of singing by Rashid Behbudov.

Having worked for many years as the director of the song theater, Beibutov did a lot to establish the national opera and musical comedy. The great talent and charm of the singer as an artist, his professionalism and knowledge of national music contributed to the fact that Rashid Behbutov won the universal spectator success that accompanied him throughout his life.

Tiflis is the birthplace of Rashid Behbudov, where he was born on December 1, 1915 in the family of a singer - a khanende and a teacher of the Russian language.

Already in 1933, Rashid Behbutov organized a student orchestra, studying at the railway technical school. After graduation, she served in the workers 'and peasants' red army and performed solo in the army orchestra. After the service, he worked in the Yerevan Philharmonic Society, and then, until 1944, as a soloist of the State Jazz Orchestra of Armenia under the direction of composer A. Ayvazyan. The first mass popularity came to the singer during the tour of this jazz orchestra across the Soviet Union. In parallel, Rashid Behbutov worked at the Armenian Opera and Ballet Theater named after A. A. A. Spendiarova, in Yerevan.

Quite by accident, in 1943 the director of the film based on the musical comedy of Uzeyir Hajibeyov “Arshin Mal Alan” was at the concert of Rashid Behbudov in the Baku House of Officers and was so impressed by the artist's work that he invited him to the main role in the film. The picture was released in 1945. The success was simply overwhelming. Rashid Behbudov became famous not only in the Soviet Union, but also far beyond its borders.

From 1944 to 1956, Rashid Behbutov works as a soloist at the Azerbaijan Philharmonic Society, and in 1953 — 1960 years - as a soloist at the Azerbaijan Opera and Ballet Theater. MF Akhundov. There he is entrusted with the main parts in the opera “Sevil” by F. Amirov and in the musical comedy “Arshin mal Alan”. 1957 year was the time of birth of their own concert ensemble Rashid Beybutov. For the first time, jazz was integrated into Azerbaijani folk music and therefore gained new popularity.

The main event of the famous singer's creative life took place in 1966, when Beybutov organized the Azerbaijan Theater of Song (which is currently named after him). Rashid Behbudov was the artistic director and lead singer of this theater until the end of his days.

Numerous tours of the regions of the Soviet Union and foreign countries, shooting in feature films, performing songs in the languages ​​of those peoples for whom he sang, earned the viewer deep respect and sincere love for the artist.

The popularity of Rashid Beybutov grew rapidly. Thus, in one of the Indian villages, local residents blocked the movement of the train with Soviet artists and did not release the line until Rashid Behbutov spoke in front of them!

“Like a precious stone, like a horn filled to the brim with old wine I hold in my hands when I touch a folk song. It captures the spirit from happiness, from the strength enclosed in it, and delight gives way to fear: not to break, not to spill, to bring it to people - all to the drop, to turn so that the sun is reflected in each of its facets. ”
Rashid Behbudov

Rashid Behbud 9 of June 1989 of the year passed away; he was buried in the Alley of Honor in Baku. Since 1997, the day of death of the singer is celebrated in Azerbaijan as the day of memory of Rashid Beybutov.