Robert Katchiev with Andrey Malakhov: “I was so worried that four hours of filming flew by like one minute” 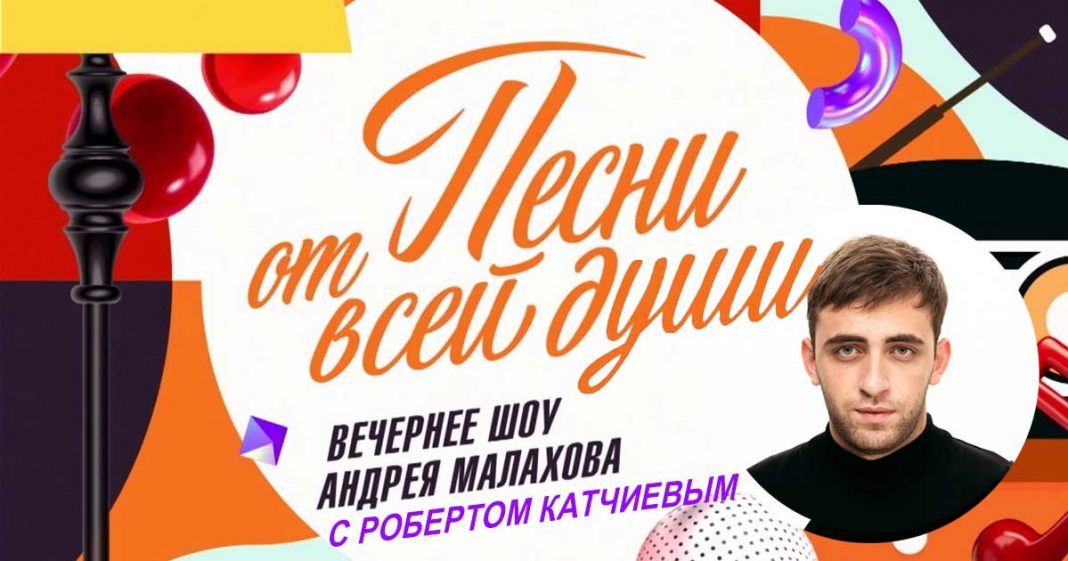 This Sunday at 16.30, the long-awaited for fans will be released Roberta Katchieva release of Andrey Malakhov's program "Songs from the bottom of my heart"

We have previously written about the Robert Katchiev accepted an invitation to star in Andrey's program. Filming took place on November 8, and on December 18 at 16.30 we will be able to see Robert with answers to interesting questions, with the performance of his hit - the composition "Music for All", an incendiary, self-confident, real Caucasian artist.

Robert says that he was so worried before filming that "four hours of recording of the broadcast flew by like one minute." The song "Music for All" was received very warmly by the entire team of the film set and the participants in the program. The answers to the simplest questions, about childhood, education, the beginning of creativity, were also not easy for the artist because of the excitement, but we are sure that we will not even notice this in the program itself: Robert Katchiev has tremendous experience in stage activity, and Andrey Malakhov's team cool professionals work, so everything will be rated “excellent”. At least, as Robert told us, the performances of all the participants were filmed without takes.

We will be able to verify this the day after tomorrow. We remind you that the broadcast is now in two parts: at 16.30 and at 19.00

How Robert tuned in to the air, you can see on the video

Premiere of Robert Katchiev's single "Until the Morning"

"Under the Balcony" now sounds on "Radio Chanson"!