The birth of a new hit. Clip “Seeds” 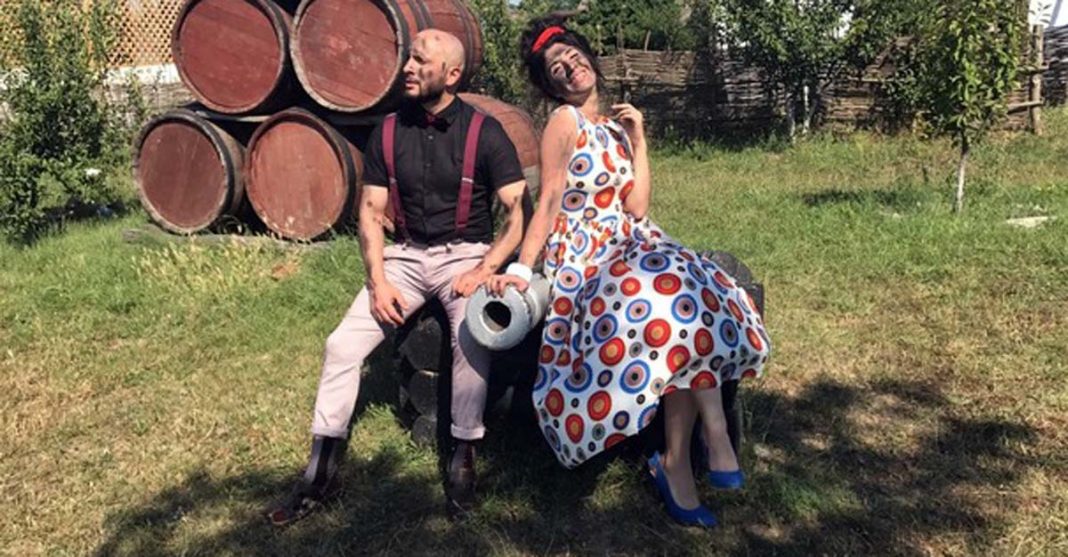 A new love song is presented by the Khubiev Brothers - "Unearthly" A single about a girl of unprecedented beauty and how the main character, seeing only her alone everywhere ...
Learn more

Angelica Nacheva about the song and the clip "Seeds"

In late June, with the support of the music publishing house “Zvuk-M”, in the picturesque region of Taman, a video clip was shot for a new song by stars of the Caucasian pop music - Angelica Nacheva и Sultana Hurricane.

The duo called “Seeds” promises to be the loudest premiere of this fall and the format for filming a video for this track was appropriate. Painstaking work on the most interesting scenario, rehearsal of roles, preparation of costumes and the search for locations ... All this equally fell on the shoulders of the main participants in the process - the artists and the company “Petrucho film production”. Funding also came at the expense of the company "Sound-M", whose director was present at the shooting every day. And although the deadlines were tight, the team succeeded perfectly in realizing all the ideas.

The author of the composition, Angelika Nachesova, told the journalist of the music publishing house about how it all began, namely about the birth of the song “Seeds”.

“The idea of ​​this song came to me spontaneously. At that time, I was preparing for my solo concert and wanted to write some new duet, but that it was necessarily interesting, funny and unusual. Then I realized that all this perfectly suits the Sultan-Hurricane, and with it the project will turn out to be unusual. And so it happened! What it grew into - you see for yourself. I have long wanted to write a song about our childhood, kind, positive, sincere. And, it seems to me, this is how it turned out. ”

Of course, Angelica Nachesova was not mistaken in choosing a partner for the new duet. The track turned out to be incendiary, explosive. In addition, artists have been working together for several years. "Seeds" is the fifth duet of performers who have been friends and collaborators for about 10 years. Therefore, it was very easy for them to work together on the set.

If you lift the veil of secrecy and briefly describe their roles, the Sultan-Hurricane played a simple stanitsa guy who returns home after a long absence and becomes involved in events related to the scientific discovery, and Angelica Nacheva - a sincere, cheerful girl who lives in the same village

“It was not difficult for me to get used to the image of my heroine, because I probably am like that - all such a coquette! - the singer laughs, - we tried to convey the mood of our childhood, to get used to the image of that time. I specially sewed three different outfits for the clip, thought them through to the smallest detail, bought fabrics, prepared everything exactly as I imagine the style of those times. Moreover, I understood what interesting locations we chose and what they needed to correspond to ... "

The locations for the shooting, indeed, were selected amazing. The Taman Peninsula, which has already appeared before the audience in all its glory in the video of Sultan-Hurricane and Murat Tkhagalegov “To the disco!”, Again became the set for the next grandiose project of the music publishing house “Zvuk-M”.

Taman is a unique place with a historical past, the edge of which is more than 2600 years old. Here is the ancient Meotian settlement, and the remains of the cities of the Bosporus kingdom and the Principality of Tmutarakan, and the defensive fortress of Suvorov times, and a monument on the landing site of Zaporizhzhya Cossacks and much more.

Therefore, this place was chosen as a rich colorful "scenery" for the clip "Seeds", because here everything "breathes history" and perfectly reflects the idea of ​​the scriptwriters.

“I really hope that the audience will respond favorably to the video,” says Angelica, “because we tried very hard for her. After all, all our work is always aimed at pleasing the connoisseurs of our creativity. I think the sincerity of this song and the atmosphere shown in the video should touch the hearts of the audience. I don’t expect more. I just wanted to do something interesting, and if our viewers like it, it will be great in general! ”

Today is a great occasion to say thanks to our dads for their love and care, protection and important lessons. Congratulations on your holiday - Father's Day. As a gift - a music playlist from the music publisher "Sound-M"!
Learn more
Premieres

“I am looking at you with caution, the blue eye is the blue eye. Graceful and beautiful blue eye - blue eye. " Sultan Hurricane introduced a new song for the summer motive - "Sineglazka". The author of words and music Sultan Hajiroko.
Learn more