In Vladikavkaz, in the “House of Cinema”, in the framework of the creative project “Theater without a Stage”, the premiere show of the play “About Fedot-Archer, Daring Fellow” took place, the idea of ​​which was to play a play with minimal decorations which would be attended by both professional actors and amateurs.

One of the main roles in the show went to a famous singer. Ruslana Sobieva, who graduated in due time from the Vladikavkaz Art College named after V.A. Gergiev. The singer showed her acting talent, playing the role of the Princess. More details about the performance of the play, about its organizers and much more - in the plot of the TV channel "Russia-1 Alania": 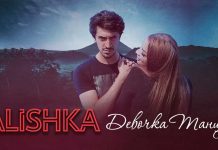