With the 75th anniversary of the Great Victory! 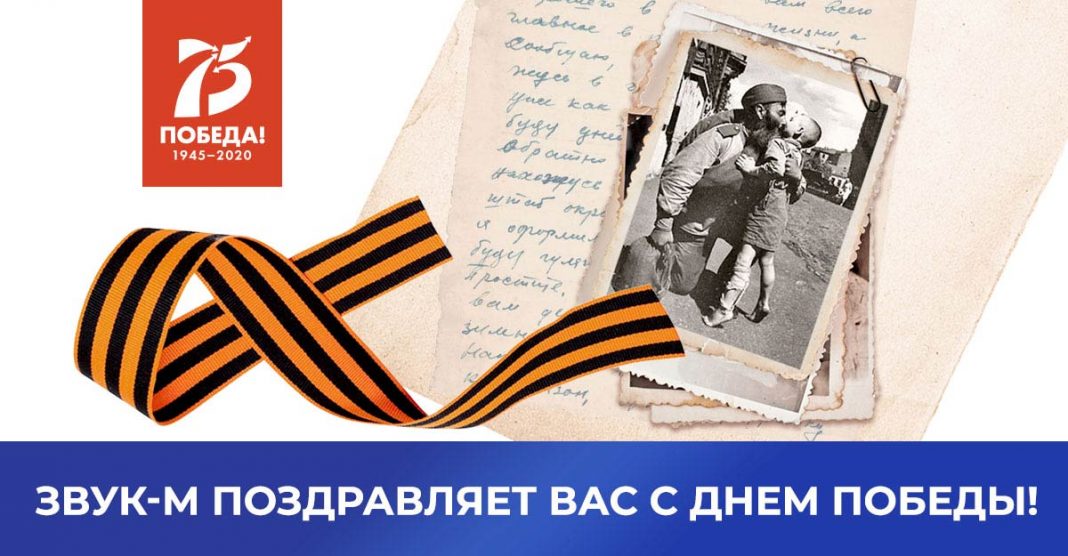 May 9 is the day when, with bated breath, we recall the difficult times our grandfathers and grandparents, great-grandfathers and great-grandmothers had to endure, and rejoice that, thanks to their courage, industriousness, faith and selflessness, we were able to win the Victory, which is not in vain called the Great !

Today marks 75 years since the day when the Soviet Union crushed fascism, having won the victory over Nazi Germany. With deep respect, we honor the veterans of the Great Patriotic War and with sorrow we remember those who left untimely. The exploits of these people will forever remain part of the history of our country, the memory of their heroism is immortal! We thank them for our peaceful sky above our heads, for life and freedom!

Lines of war always acutely respond with pain and trepidation in our hearts. But at the same time they sound triumphant over death, giving hope, awakening strong emotions.
Today we suggest that you recall the verses about the war written by the Balkarian poet Kaysyn Kuliev. They will be read for you by artists of the Caucasus.

Kaisyn Kuliev is a man of amazing destiny, who has received recognition not only in Russia, but also far beyond its borders. He fought along the front lines, was wounded, experienced all the hardships of the war, but did not stop writing. In his poems dedicated to this topic, front-line paintings, memories of soldiers, saturated with love for the Motherland and quiet sadness, come to life.

The poet was born on November 1, 1917 in the village of Upper Chegem, on the border of Balkaria with Svaneti. His father was a pastoralist and hunter, and his mother was from the Zhuungu village. Kaysyn grew up among the mountains of Balkaria. He lost his father early, but the mother of the future poet took care of the education of her children.

From the age of ten Kaisyn already wrote poetry, from the age of seventeen he was published. While studying at the Nalchik technical school, he filled thick notebooks with poetry.

“They seemed wonderful to me. If they didn't print, he was offended. Probably, this was not the case with me alone. And my poems, of course, in the overwhelming majority, were weak, dependent, ”- so self-critically he recalls his early work.

At the age of 17, Kuliev entered the GITIS named after A.V. Lunacharsky and the Literary Institute named after A.M. Gorky in Moscow. After graduating from the capital, he became a teacher of literature at the Kabardino-Balkarian State Pedagogical Institute.
In 1940, the first book of lyrics in the poet's native language was published in Nalchik - "Salam, Erttenlik!", In translation - "Hello, morning!" In June of the same year, the poet went to the army. And from the middle of 1942, the Great Patriotic War found him in the Baltics. At that time, Kaisyn Kuliev's poems were already published in central print media in Russian translations and sounded on the All-Union Radio.

In 1943, a collection of poems by Kaisyn Kuliev was nominated for the Stalin Prize, but, in connection with the deportation of the Balkars in 1944, he was not given this prize.
The poet served as a paratrooper, as well as a war correspondent for the newspaper "Son of the Fatherland", which published his military correspondence and poems, which brought him wide acclaim. He took part in the battles for the liberation of Moscow, Orel, Rostov, Ukraine, Crimea, the Baltic states. Was injured.

In March 1944, Kaisyn Kuliev learned about the deportation of the Balkar people to Central Asia. In April 1944, having left the hospital after being wounded and having been in his native Chegem gorge, he decided to go to the place of exile of the Balkars. For more than ten years, the poet lived in Kyrgyzstan, participating in the literary life of the republic, but without the right to publish his own works.

In 1956, Kaysyn Kuliev returned to Kabardino-Balkaria. He graduated from the Higher Literary Courses in Moscow. In Russian and Balkar languages, one after another, collections of poems appear: “Mountains”, “Bread and a Rose”, “I Came from the Mountains” and others.
The 1960s and 1970s are the most fruitful years of Kuliev, the time of the highest flowering of creativity. During this period, his collections of poems come out, each of which becomes a phenomenon in the literature.

In 1985, a collection of poems “I speak to people” was published - the poet’s last lifetime edition. After himself, Kaisyn Kuliev, a patriot of his homeland, left a rich literary heritage. One of his most striking works on the war is the poem "The Poet at the Front," which he dedicated to his friend Alim Keshokov.

The last years of his life, until his death on June 4, 1985, Kaisyn Kuliev spent in his house in the city of Chegem, where, according to his will, he was buried. Currently, it is the Kaisyn Kuliev Memorial House Museum. It stores things, books, documents, photographs of the poet.

The memory of the glorious heroes who defended the Fatherland will forever remain in our hearts, in the verses of great poets and prose writers, in the films of talented directors, on the canvases of famous artists, in songs that resonate in our hearts. Nobody is forgotten, nothing is forgotten!

And today we heartily congratulate you on the 75th anniversary of the Great Victory! Peace and prosperity, health and clear sky, while in the soul and in families, goodness and love to you and your loved ones! A low bow to the veterans of the Great Patriotic War and eternal memory to the heroes ...

Islam Itlyashev - "Rise of the Year", Sultan Laguchev - "Discovery of the Year on YouTube" - according to TopHit!

There are already 2000000 subscribers on the "Zvuk-M" YouTube channel