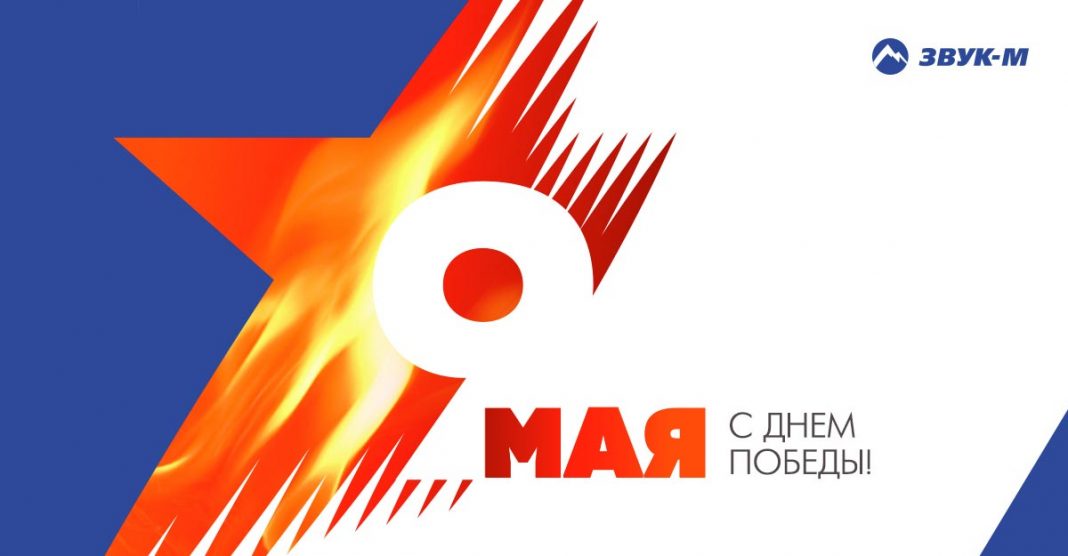 “The Great Patriotic War was victoriously completed, Germany was completely defeated” ... - this is both an excerpt from the order of the Supreme Commander-in-Chief (I. V. Stalin), which issued it on the morning of May 9, 1945, and the point of account of a new life for our people.

For those who survived, despite the terrible losses and destruction, the test of hunger, cold and death ...

Victory Day is not just a joyous holiday, it is also a day of memory and eternal sorrow. A day of pride for our country and for those who fearlessly defended it in bloody battles. Those who heroically stood for their loved ones and for their Motherland, until their last breath ...

We hear stories about the Great Patriotic War and its heroes since childhood. In almost every family, they are passed on from grandfathers to grandchildren and invariably touch hearts with their example.

In the families of the artists of the music publishing house “Zvuk-M” there are also heroes who brought the present holiday closer. Artists told about them under the heading "I remember, I'm proud."

“Khazhyrokov Khabas Talibovich’s grandfather (1916-1992) was called up for military service in 1939. He began his service in the city of Kremenchug, Teraspol Region, Ukrainian SSR, as a machine gunner in a rifle regiment.

After the attack of fascist Germany on the Soviet Union, from the first days, together with the regiment, he entered into a matchmaking with the enemy. Senior sergeant Khabas Talibovich, a machine-gun platoon commander, retreating, under the onslaught of fascist troops, was wounded near Stalingrad. After the second wound in 1944, he was commissioned for health reasons and returned home.

For military service he was awarded many medals and the Order of the Patriotic War of the second degree.

After the war, 44 worked on the collective farm Kyzburun of the Baksan district in various positions. His work was awarded with various awards and in 1980 was awarded as a labor veteran.

“My grandfather Tlebzu Sagid Anzaurovich was born in 1914 in the village of Dzhidzhihabl of the Teuchezhsky district of Adygea. Studied at school. At the end of the 7 class, he worked in his native village.
October 25 in 1930 was drafted into the ranks of the Red Army, in whose ranks he participated in the 1940 year in the liberation of the western regions of Ukraine and Belarus. He took an active part in the Finnish war from 1939 of the year to 1940.
Senior Lieutenant in the Red Army with 1937g.
The commander of the battalion of the Order.
List of awards:
03.03.1943 - Order of the Red Star.
21.01.1944 - Order of the Patriotic War, 1st degree.
25.01.1944/XNUMX/XNUMX - Order of the Red Banner.
I remember! IM proud of!"

We congratulate everyone on Victory Day! We wish you a peaceful and bright sky over your head! Health and happiness! Love and well-being!

We thank the veterans of the Great Patriotic War for their invaluable services, their strength and courage! For a life!

Eternal glory to the heroes!