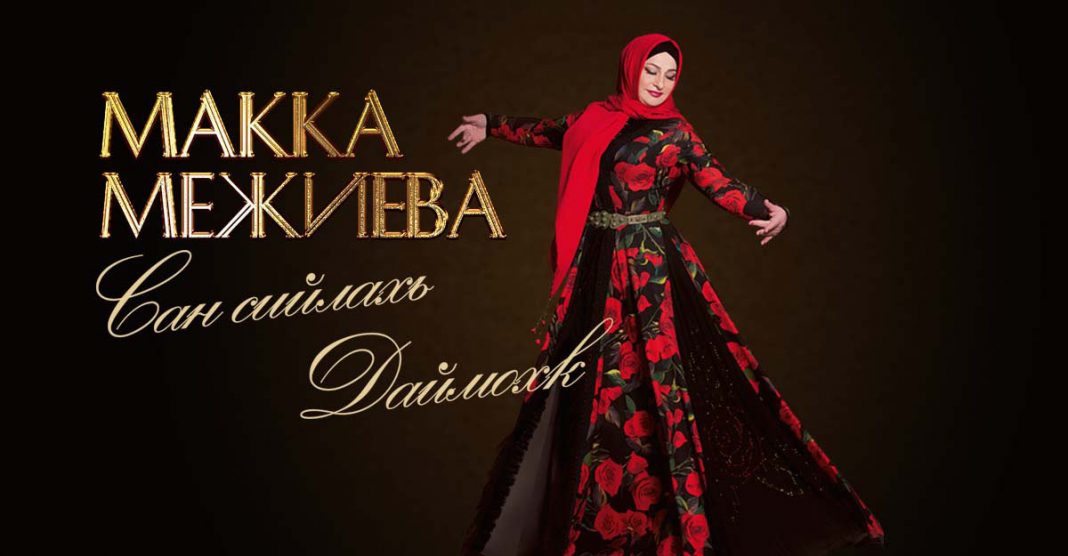 A novelty from the honored artist of the Chechen Republic Makka Mezhiyeva - the album “San Silakh Daymokhk” has appeared on the windows of music services today!

“My great Motherland” - this is how its name is translated from the Chechen language. This included more than twenty tracks full of hot Caucasian energy: both folk and pop.

In the songs of Makka Mezhiyeva it is told about the tragic and light stripes in the history of the Chechen people. She sings about peace, friendship, love of country. The actress, like the spirit of her people, addresses her ancestors through songs.

The new album has become an ornament to the rich repertoire of the singer, in which, over a long creative life, there has been accumulated material for several dozen albums. All of them will be formed and released by the music publishing company “Zvuk-M” in digital stores around the world.

From today, you can listen and download “San Siilah Daimohk” on all major music services, including: iTunes, Google play, Apple music, Beeline Music, Yandex.Music, and also in the BOOM application (for users of social networks Vkontakte and Classmates).

Today a musical novelty from the honored artist of the Chechen Republic Makka Mezhieva was released - the song “Ekhar yu Te”, released with the support of the music publishing house “Zvuk-M” ...
Learn more
Premieres

The song “Genara Dotta1iy” by Makka Mezhiyeva, which means “Distant Friends” in translation from Chechen, is an incendiary lezginka that will not leave indifferent the lovers of Caucasian ...
Learn more
Premieres