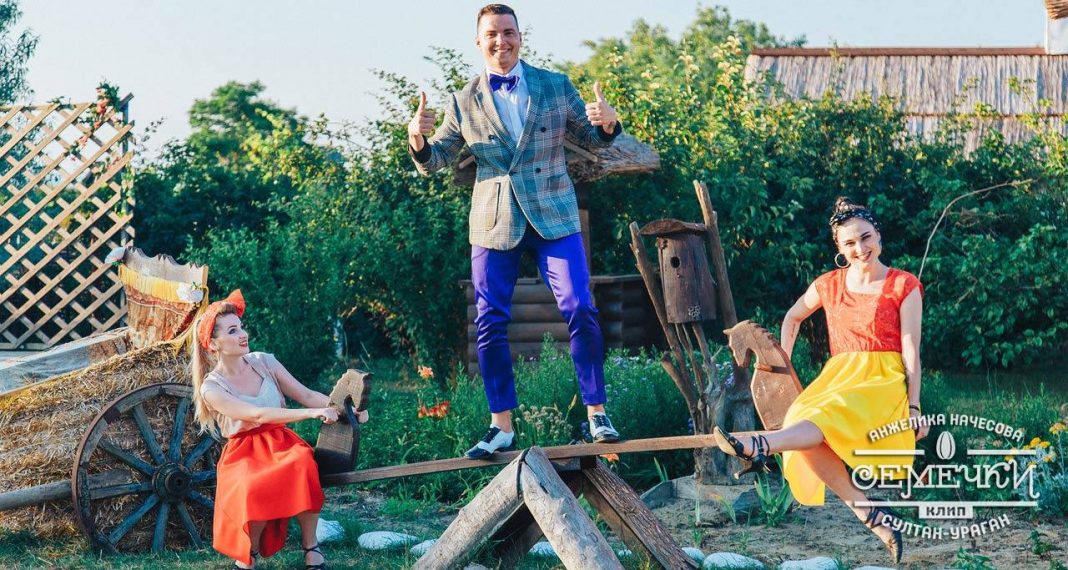 Taman lands are the cradle of Christianity and the repository of Scythian gold; here once settled the old Greek cities: Phanagoria, Hermonassa, Kep. It was here that in ancient times the shrines of Aphrodite and Apollo were worshiped, magnificent temples and statues were erected.

After centuries of intense and often bloody struggle for land, power and wealth of the place, these were mastered by the Cossacks. You can learn about how they lived by finding themselves in the Cossack village "Ataman" - a huge ethnic museum-village, reproduced in full size with houses, kitchen gardens, a maidan, a mill, an observation tower, a bridge over a river and even pasture. Atamani is completely immersed in the atmosphere of Cossack life. Even food in stylized cafes is served by a real Cossack, according to old recipes.

“Ataman” is also famous as a place where significant cultural events constantly take place. Here are regularly held various holidays dedicated to the Cossacks and Kuban traditions. Regional festival of fish and crayfish "Good fish, garna yushka", "Cossack razgulyay", festival of the Kuban chastooshkas, "Delicious borschets" and others. Due to the well-thought-out policy of the administration of Krasnodar Region and the Ataman Exhibition Complex, the village becomes more and more popular and interesting for visitors every day.

30 September 2017 was held here a large-scale Kuban festival "Cossack glory". The festival held a prayer service at the monument to the Cossack settlers of Zaporozhye, a theatrical action took place, more than two hundred actors of which presented those brave Cossacks who landed 225 off the coast of Taman XNUMX years ago. Folklore groups performed with the reconstruction of folk rites near the hut of the Stanitsa Board, an exhibition of works by Kuban craftsmen and horse racing for the prize of the governor of the region and atamans of the Kuban Cossack army were held.

The music publishing house “Zvuk-M” has already partly introduced its fans to the folk Cossack traditions, having moved all the viewers of the video clip “To the disco” in an era when there were no smartphones, televisions or the Internet yet.

Filming of the sensational online video “To the disco” took place in “Atamani” in 2013 with the permission of the Ministry of Culture of the Krasnodar Territory, and, as we know, the result exceeded all expectations: to date, more than 100 million people have watched the clip, the video has been replicated According to dozens of video hosting sites, it got into hundreds of personal collections and playlists, and many viewers, according to their recognition, are constantly being reviewed.

What is the secret to the success of the video shot in Atamani, according to the apt expression of journalists as “the epicenter of the Cossack spirit”?

Why are masterpieces born on the lands of “Atamani”?

According to the expert community, the success of the video clip “At the disco” is largely associated with the unique atmosphere that permeates every frame of the video. From the very beginning of the clip, the viewer tunes in a positive way, expecting only positive impressions from the plot, somewhat reminiscent of the classic Gaidai. For the video series of the XXI century, the laws of the genre dictate certain rules, which the director allegedly must adhere to. But in the frames “At the Disco” there are neither expensive cars, nor other signs of a successful life, no violence, gloomy urban slums so typical of modern music video makers, there are no feared misery and outrageous clothes and behavior that a certain part of artists sin. There is only a simple story of four guys who left all their business and went to the rural disco. And the video begins, as a good, well-made film about something happy, calm, unobtrusively comedy. Despite the obvious unlawfulness of the actions of the main characters, at the very beginning of the plot, the policeman drained gasoline and then hijacked the father’s car, the viewer does not put them in the villains, mentally taking the side of the guys and anticipating the pleasure of plot development. In this sense, the “At the Disco” video looks like a good book that you want to reread and reread.

The fact that, having become a bestseller, the clip “To the disco” never claimed the title of a dance hit is surprising - its sound range, due to its peculiarities, is difficult to imagine as a music with a canonically given rhythm. But in conjunction with the entourage of filming, soft and kind plot, excellent acting and camera work, he became a real discovery in the world of show business, allowing millions of fans to join the culture of Southern Russia.

In this sense, planning the filming of the video “Seeds”, the directing team certainly relied not only on their skills, but also on the objective charm of Cossack locations proved by time.

- Of course, we gladly went to meet the publishing house, firstly, because the name “Zvuk-M” is well-known in the South, and, secondly, also because we understand that millions of people will also watch the clip “Seeds” , which, among other things, will provide an opportunity to tell many people outside the Krasnodar Territory about our complex, ”says Natalia Vladimirovna. - So we responded with great pleasure to the request of the publisher. Moreover, we ourselves watched the video clip “At the disco”, we are delighted with it, and we really hope that the new work will be as successful.

- I think that the publishing house “Zvuk-M” with its work on producing video clips in our Atamani solves very important issues of attracting the Cossacks, including our youth, to the history and culture, which, for example, will now respond to the same video clip faster than to boring lectures or seminars. And this is very important, - says Natalia Gezik. “I wish the sound publishing house “Zvuk-M” , magnificent singers Anzhelika and Sultan, other members of the creative team the unconditional success of the“ Seeds ”project, further creative discoveries and good luck,” said Natalia Gezik in farewell.

We, in turn, once again express our sincere gratitude to the Ministry of Culture of the Krasnodar Territory and the management of the Ataman Exhibition Complex for their help and support in the filming of the video "Seeds", we wish them success in their important work.

The premiere of the video “Seeds” will take place in October 2017, follow the announcements on our website.

Who by any chance did not see the clip "To the disco", do it right now on our YouTube channel.