Sergey Zeynalyan. From prom - on tour! 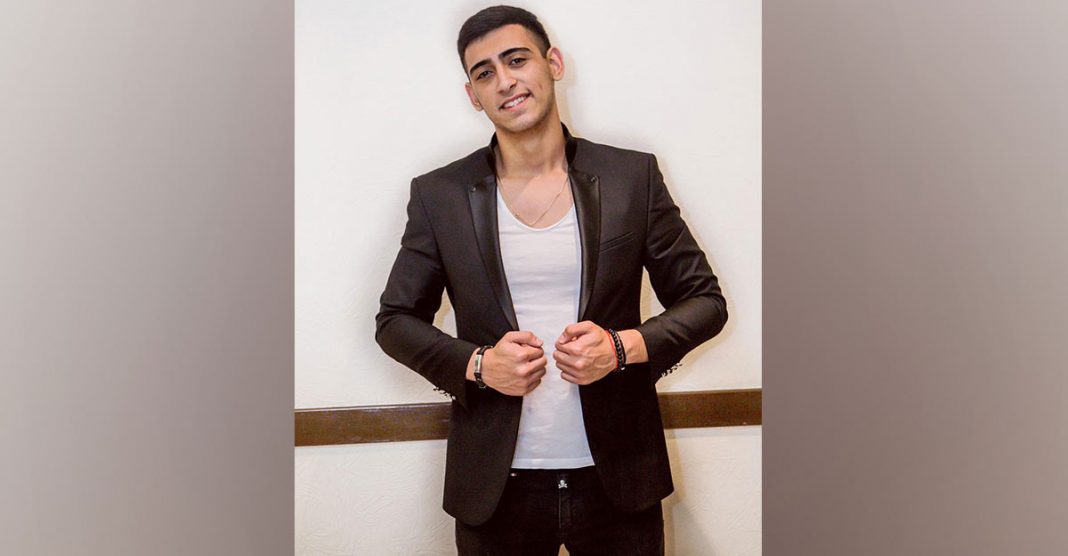 Singer Sergey Zeynalyan 28 July received a diploma from the GBPOU «Stavropol Regional Musical College. IN AND. Safonov "in the city of Mineralnye Vody.

The artist, vocalist, and now also a teacher of ethereal-jazz vocal, having left behind 4 years of college, he recalls with faint sadness the student life, which he is already starting to yearn for: “I’ll miss friends, classes with teachers very much,” says Sergey - Absolutely everything! Even the smell of college ... ".

The graduate graduated with a blue diploma, although in all core subjects there is a rating of "excellent". But as it should be noted, this event was not possible, since work is first of all.

“Of course, I wanted to sit with classmates, not to miss anything this evening, but by midnight I had to leave for the airport. I had to fly on a tour to Israel, ”says the singer.

Now Sergey Zeynalyan is persistently engaged in creativity and his own career. He is going to continue his studies already in Moscow. According to him, next year he will be admitted to the P.I.Tchaikovsky Moscow State Conservatory.

Sergey Zeynalyan “We will fly” - a new track!

“We will take off beautifully, and you are irresistible,” Sergei Zeynalyan greets the audience with these words in his new author’s love song with the promising title “We Will Take Off”. Lyrics are available for download.
Learn more
Premieres

If love paints the world with bright colors, then life becomes like paintings by artists. About one of these novels Sergey sings in his new song ...
Learn more
Announcements

Sergey Zeynalyan will give a concert in Sochi

29 March in Sochi will be a vivid musical performance by popular singer Sergey Zeynalyan, who prepared for the guests of the concert an exciting musical program, including hot hits and ...
Learn more
Premieres
00:04:39

Sergey Zeinalian presented a new video “Little”. Fans were looking forward to the release of a new song by Sergey Zeinalian - “Little”, which he recently announced in his social ...
Learn more