Sultan-Hurricane and Angelica Nacheva shot the continuation of the video “To the disco!”? 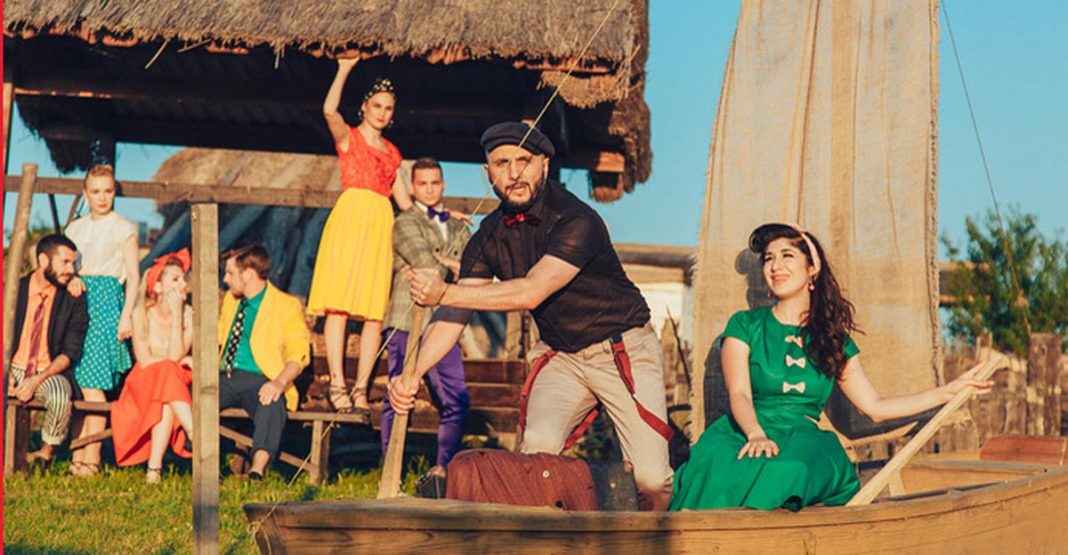 In work one of the most promising Caucasian musical projects - clip "Seeds" Sultana Hurricane и Angelica Nacheva. The video was shot in early summer, in the same picturesque scenery that appeared before us in the video “To the disco!” several years ago. Namely, in the locations of the Ataman ethnographic museum - one of the most famous sights of the Taman Peninsula.

Why these places were chosen for the filming, the scriptwriter and performer of the main male role, singer Sultan-Uragan, told us:

“The composition“ Seeds ”turned out to be a rather shocking, vivid song, but there are melodies that are clearly visualized in your head when listening. You see some images, you have associations that are transformed into a certain video sequence. “Seeds” is just such a song - the clip was asking for it by itself. We thought for a long time what time to recreate in the frame and, in the end, decided why not after such a long pause to make such a small continuation, perhaps, of the clip “To the disco!”? After him, there were no projects in this direction, and the 60s - 70s are just as perfect for us as planned. Of course, this is a completely different story, but it is presented in the aura of that period. We are by no means trying to seize on the success of the song “To the disco!”, It’s just that I, like the person who invented and prescribed the script, immediately got attached to this period, sincere, kind. "Seeds" is a memory song about childhood, youth. She seems to be saying that time is running out, but there are some permanent things, unchanging. After all, seeds are such an allegory, an emotional attachment to the fact that we must preserve and transfer something through time. It changes, but the seeds were, are and always will be! ”

The plot of the video was based on a fictional story about a mad scientist, a descendant of the serf peasant Daniil Bokarev, who gave the world sunflower oil.

A modern scientist who lives in the village together with the main characters of the video is trying to invent an unusual apparatus. And just at this time the hero of Sultan returns to his native place, immediately falling into the thick of rural events:

“This is a story about how a person, after some period of time, returns to his native village, where he is known, where his friends live, who, however, do not immediately recognize him, because now he is shaved and wears a beard. Upon arrival, the guy I play becomes a witness to the trials of a new invention by a local scientist - Semekomet 3000. It ends for all disastrously, but funny!

As for the performance of the role, after two full-length films and the work of the director, of course, it is not so difficult for me to try on some images on myself. He got into the new role quickly and felt comfortable enough in it. So it was easy for me. Moreover, when the whole process goes with humor, everything is done lightly! ”

Now the clip is in the process of editing, but this fall the premiere is expected. The artists themselves to this project are with great love and warmth, and therefore do not undertake to predict its success.

The main goal, according to the Sultan-Hurricane, is to give the audience real emotions, a good story that will resonate in their hearts:

“If we go back to the comparison, when I wrote the song“ To the disco! ”, And we shot the video, we didn’t even suspect that he would“ shoot ”like that! He now has more than 55 million views on only one YouTube channel, not to mention other sources. And for me it is a big indicator. On the whole, for Russian music these are serious numbers. Therefore, I would very much like to get closer to the success of the last hit, but this is not the main goal. I want people to like the clip. Yes, he cannot help but be pleased just because everything is kind, beautiful, emotionally defiant and without negativity! ”