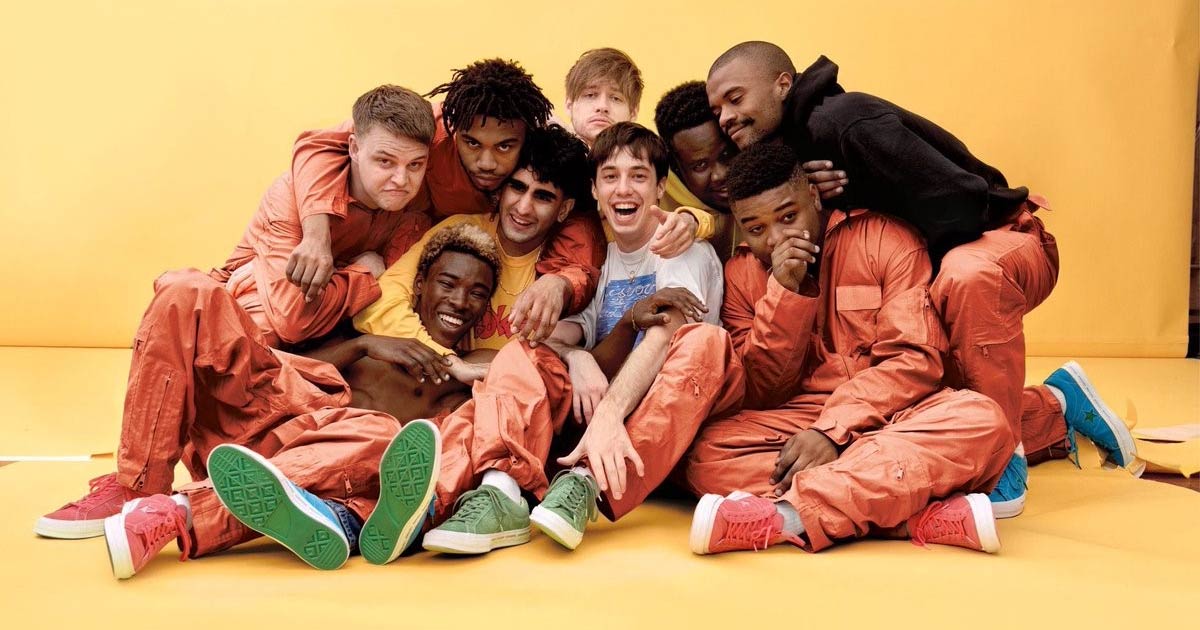 The Texas (and for some time now - California) rap band Brockhampton from the USA has delighted fans with a new album called "iridescence".

Brockhampton is an American music band that formed in San Marcos, Texas in 2015 and is currently based in California. It was founded by Kevin Abstract, whose real name is Clifford Ian Simpson.

Brockhampton at one time united on the online forum “KanyeToThe”, as a result of which they call themselves the “first boyband of the Internet”. The group includes vocalists Kevin Abstrakt, Matt Champion, Marilyn Wood, Joba and Bairfeys, producers Romil Hemnani, Jabari Manva and Kiko Merli (the latter two work as a duet of Q3), graphic designer and art director Hynok EychKey, Silesha, photographer Eshlan Gray, web designer Robert Ontenant and manager John Nuens.

A video clip has already been filmed for the track J'OUVERT, the graphic ideology of which formed the basis of the cover of the premiere album. The video was released on September 20, 2018.