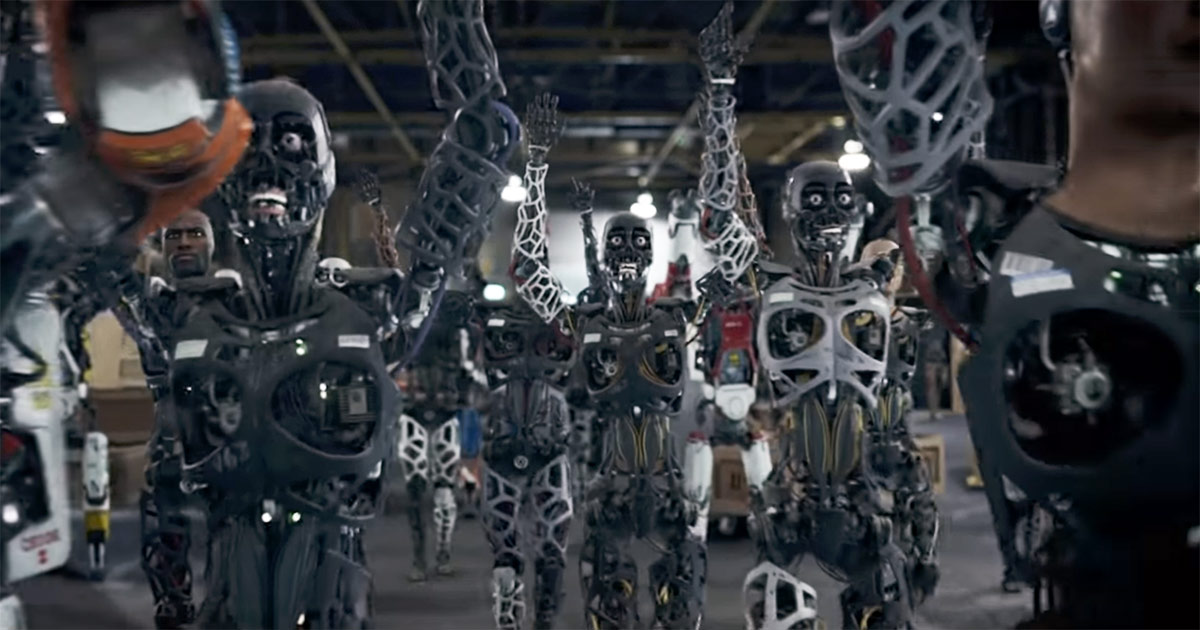 The music community has seen the rare case of a video release ahead of the original track's premiere: The Chemical Brothers' new song "Free Yourself" was released on November 16, 2018, while the video was posted on the band's channel two days earlier.

Как writes RollingStone magazine about this clip, quote "" Factory robots rebel against their programming and hit the dance floor in the striking video "Free Yourself" by Chemical Brothers. The Dom & Nic filmmakers follow a security guard on his way to his mundane job at the Robo Force headquarters, in front of whose office protesters stand with signs such as "JOBS, NOT BOTS". After the guard arrives at work, the robots jump out of their packages and start a frantic dance. The video ends with heated robots filling the entire warehouse, surrounding the bewildered protagonist. "

Although in some parts of the clip allusions to the fantastic blockbuster "I, Robot" by Alex Proyas are clearly traced, but in general the description of the video is close to what we see on the screen. Video directors also explainedthat the clip is a kind of black comedy and is trying, among other things, to consider the problem of possible future relationships between artificial intelligence and man.